Recently, she shared a picture on Instagram with Nirahua. 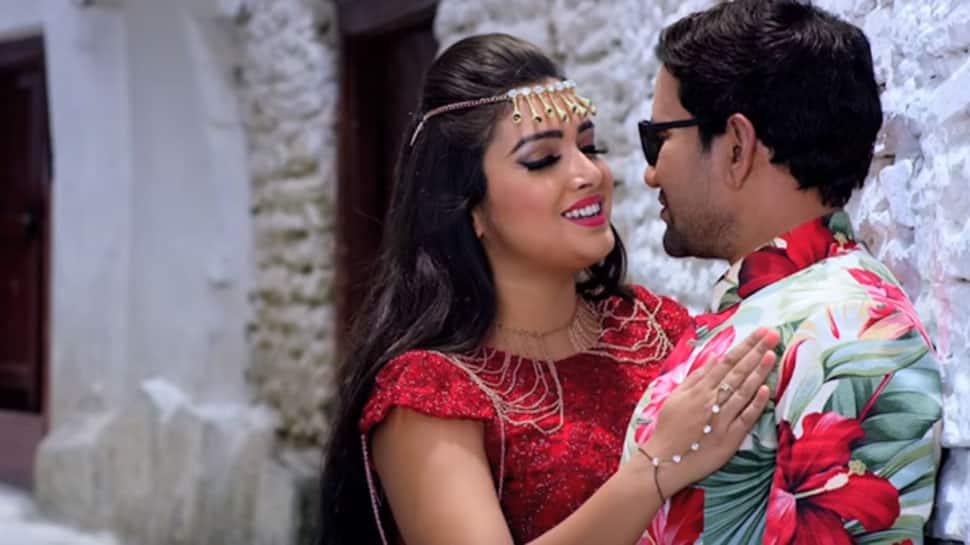 New Delhi: Top Bhojpuri actress Aamrapali Dubey's sizzling on-screen chemistry with 'jubilee star' Dinesh Lal Yadav aka Nirahua is loved by the audiences. So much so that the stars have worked together in 25 odd films as of now. Every time they appear together, the film is touted as a blockbuster.

In fact, Aamrapali started off her career as a Bhojpuri actress in the first instalment of 'Nirahua Hindustani' back in 2014. In a period of five years, Aamrapali has become one of the leading ladies of Bhojpuri cinema and also the highest paid actress there.

Recently, she shared a picture on Instagram with Nirahua and captioned it: “It's a blurred picture but still I love it @aditojha and @dineshlalyadav.”

The fans loved the picture and posted comments like:

Meanwhile, Nirahua has begun his political journey this year and BJP has fielded him from the Azamgarh constituency against Samajwadi Party chief Akhilesh Yadav in the upcoming Lok Sabha election.