The move comes as two medical students of the AIIMS Bhopal had embarked on a foot march on May 3 to protest the vacancy of the top post there. 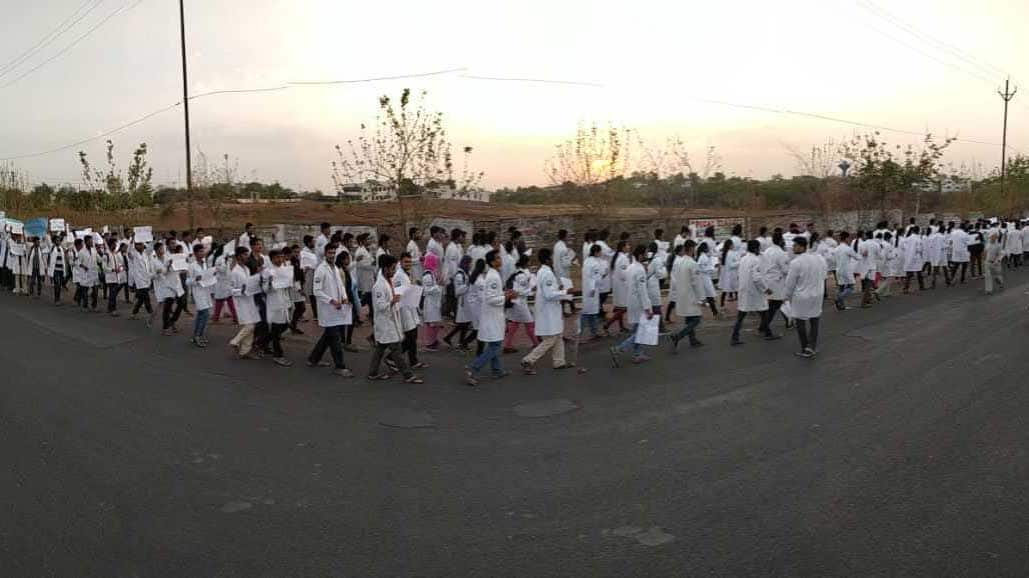 NEW DELHI: Following a protest by doctors and interns of the All India Institute of Medical Sciences (AIIMS) Bhopal, Dr Sarman Singh has been appointed as the permanent director of AIIMS Bhopal on Tuesday. Singh is at present professor and head of clinical microbiology and molecular medicine in the AIIMS New Delhi.

According to an order issued by the Personnel Ministry, Singh's appointment has been approved by the Appointments Committee of the Cabinet. He will be serving as the director of AIIMS Bhopal till November 8, 2021, the date of attaining 65 years of age, the order said. The move comes as two medical students - Dr Sant Guru Prasad and Chandan Kumar Aryan - of the AIIMS Bhopal had embarked on a foot march on May 3 to protest the vacancy of the top post there. The doctors and interns who had followed suit claimed that unavailability of a permanent director has also affected the curriculum and has resulted in inadequate redressal of the demands of the students.

Dr VK Sharma had been appointed by the central government as the director in 2016 but he has refused to join.

"The appointment of the director is a big relief for us and scores of other students. We have been demanding that the post of director and other vacancies in Bhopal AIIMS are filled up at the earliest. We will meet concerned authorities in Delhi in some time to press for our other demands," Prasad told PTI.

He alleged that the absence of a full-time director was hampering the progress of the institute as those appointed on a temporary basis avoided taking decisions due to the fear of stoking a controversy.
Prasad, a resident of Nalanda in Bihar, said besides the director, the institute had 135 faculty members against a sanctioned strength of 305.

The acting director of the institute, Nitin M Nagarkar, however, denied the charges levelled by Prasad and said that a section of students who had supplementaries in some subjects were behind the protest.

A supplementary exam is a form of further assessment offered to students who have not satisfied the passing criteria set by the educational institution for a particular course.
Prasad had called Nagarkar's accusations as "totally untrue".

AIIMS Bhopal is one of the seven AIIMS apex healthcare institutes being established by the Ministry of Health and Family Welfare under the Pradhan Mantri Swasthya Suraksha Yojna.

These institutions are being established by an Act of Parliament on the lines of the AIIMS in New Delhi.

Asaram signboards demolished in Bhopal after his conviction in gangrape case