Bihar assembly election 2020 to be held in three phases from October 28, results on November 10

The Bihar assembly election 2020 will be held in three phases beginning from October 28 and results for all seats will be announced on November 10. 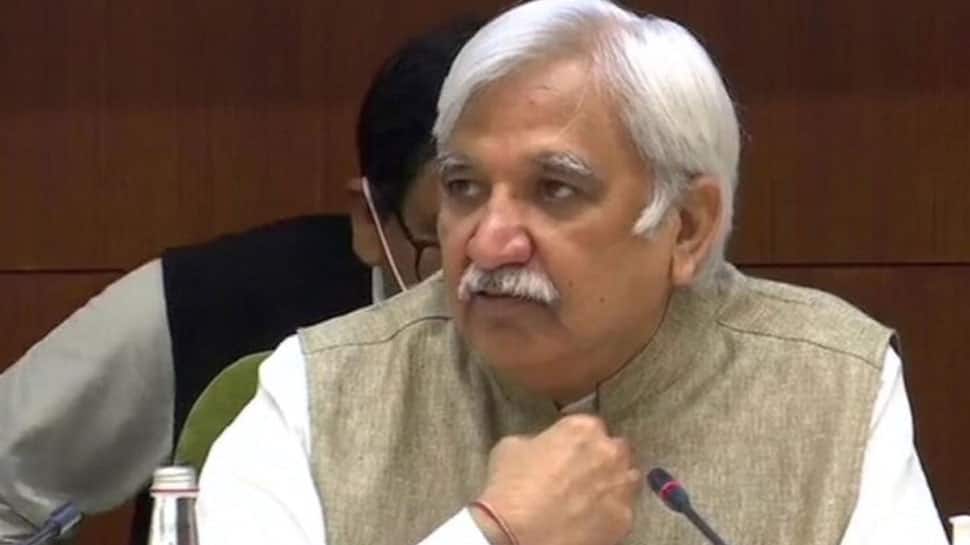 Addressing the press conference, the CEC said that these will be perhaps the largest election anywhere in the world during Covid-19, and listed precautionary measures taken by the poll panel and authorities.

Among the steps taken, CEC Arora said that polling time will be increased by one hour and will now be from 7 AM to 6 PM, except in areas affected by Maoist extremism. As we talk, the Model Code of Conduct (MCC) stands enforced with this announcement. The Commission has already made elaborate arrangements for ensuring the effective implementation of MCC guidelines: Chief Election Commissioner,” CEC Sunil Arora said.

“To further decongest polling stations and allow more free movement of voters, polling time has been increased by 1 hour. It'll be held from 7 AM - 6 PM, instead of 7 AM - 5 PM earlier. However, this will not be applicable to Left-wing affected areas,” CEC Sunil Arora said while addressing a press conference to announce the schedule for Bihar assembly polls.

The CEC informed that “Covid-19 patients who're quarantined will be able to cast their vote on the last day of poll, at their respective polling stations, under the supervision of health authorities. This is beside the option of the postal facility already extended to them.”

The CEC said that 7 lakh hand sanitisers, 46 lakh masks, 6 lakh PPE kits, 6.7 lakh face shields and 23 lakh pairs of hand gloves have been arranged for Bihar polls. Social distancing norms will need to be followed at public gatherings during the poll campaign.

Arora further said anyone using social media for mischievous purposes, such as for flaring communal tension, during elections will have to face consequences, while hate speech will be also dealt with harshly by the Election Commission.

The CEC warned that ''social media platforms are expected to make adequate arrangements to safeguard against misuse of their platforms & set up strict protocols to handle such issues as and when they arise.''

The Assembly elections for 243 seats in Bihar are due in October-November and the tenure of the current Assembly is scheduled to end on November 29. A team consisting of ECI members had visited the State earlier this month to review poll preparedness and take stock of the situation.

While Opposition parties like Rashtriya Janata Dal (RJD) had earlier been urging for the polls to be postponed owing to the pandemic, they later held talks over the sharing of seats in the RJD and Congress-led Mahagathbandhan (Grand Alliance).

The incumbent BJP and Janata Dal-United (JDU) coalition government have also begun preparations for the polls. The central leadership of the BJP had clarified that the NDA will go to Bihar polls under the leadership of Chief Minister Nitish Kumar.

The war of words between NDA and Mahagathbandhan has peaked in the past few days with the speculations regarding poll dates likely to be announced on the rise. In the previous Assembly elections held in the state in 2015, JDU, RJD and Congress had fought the elections together under the Mahagathbandhan banner.

On the other hand, BJP led NDA had fought the elections with Lok Janshakti Party (LJP) and other allies. RJD with 80 seats had emerged as the single largest party in the 2015 Assembly elections, followed by JDU (71), and BJP (53).

However, BJP got the largest vote share (24.42 per cent), followed by RJD with 18.35 per cent and JDU (16.83 per cent). After the polls, however, a rift emerged between JDU and the RJD in 2017, leading to CM Nitish Kumar snapping ties and rejoining ties with the BJP-led NDA to retain power in Bihar.