Muzaffarpur is the worst-hit district in the state with the death toll reaching 84. 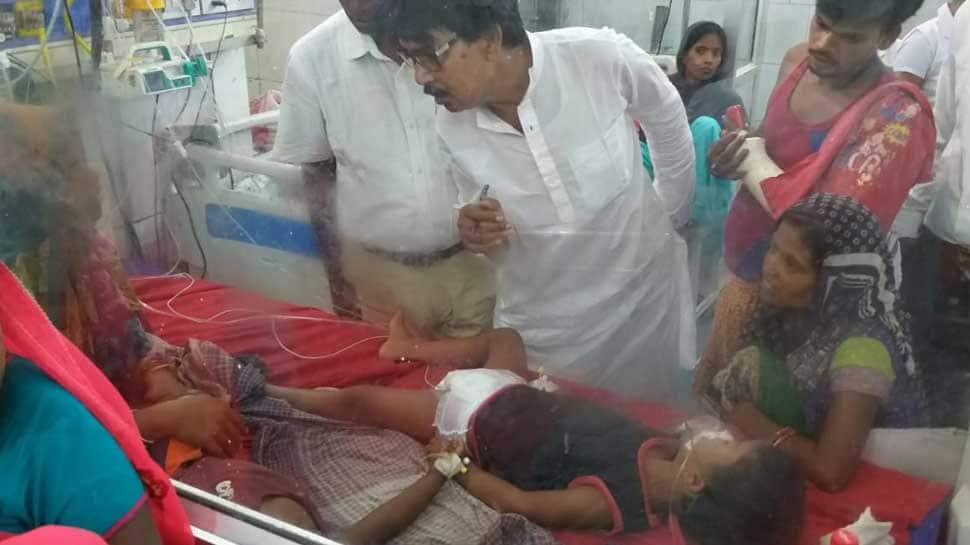 PATNA:  The death toll due to the outbreak of viral infection Acute Encephalitis Syndrome (AES) has reached 102 in Bihar on Sunday. Muzaffarpur is the worst-hit district in the state with the death toll reaching 88 here. Three more children died in Kejriwal Hospital in Muzaffarpur on Sunday where 14 deaths had been reported so far.

Another 11 children died in Vaishali, two in Motihari and one in Begusarai.

Meanwhile, Union Health Minister Harsh Vardhan has also arrived in Bihar to review the situation with the state health officials.

He is expected to visit Muzzafarpur, which has been the worst hit by the outbreak of Acute Encephalitis Syndrome or also referred to as ''brain fever'' resulting in the death of 8 children here alone.

Speaking to reporters in Gaya, the Health Minister described the death of several people in Bihar due to heatstroke as ''unfortunate.''

Union Health Min Dr Harsh Vardhan in Patna on death of 12 ppl due to heat stroke in Gaya:It's very unfortunate that ppl have died due to heat stroke.I advise ppl to avoid moving out of house till temperature reduces.Intense heat affects brain&leads to various health issues.#Bihar pic.twitter.com/B6AWRiDlNN

During his visit, the Union Health Minister will interact with the multi-disciplinary teams deployed there and address a state-level review meeting.

"I shall discuss the management measures being recommended by the high-level expert team of the Centre, and support that can be extended through the National Health Mission (NHM) for health systems strengthening, and other Ministries of the Central government including the Ministry of Women and Child Development as part of the immediate and long term measures," he had said on Saturday.

Vardhan said that the Health Ministry is constantly monitoring the situation and supporting the state health authorities in managing the AES/JE cases.

"The continued round-the-clock presence of the central and state teams in the affected areas and preventive actions taken by them have instilled confidence among the public. We will soon be able to contain the rise in AES/JE cases," Vardhan added.

Elaborating on the support being extended to the state of Bihar, Vardhan said, "A multidisciplinary specialist high-level team has been deployed by the Health Ministry. Experts were drawn from NCDC/NVBDCP/ ICMR/AIIMS, Patna/ Child Health Division of the Health Ministry are part of this Central team and are supporting the state in containing the surge in cases of encephalopathy/ encephalitis."

Till now, over 130 have been hospitalised in the district.

Meanwhile, District Magistrate of Muzaffarpur had said on Friday that for students till Class eight, schools will remain closed till June 22 and for students in higher standards, classes will be held only till 10.30 am.

Encephalitis is a viral disease, which causes mild flu-like symptoms such as high fever, convulsions and headaches and has been claiming lives in the district for the past few weeks.