Sushil Modi and his family members were stranded at their residence at Rajendra Nagar in Patna for the last few days due to incessant rains in the city. 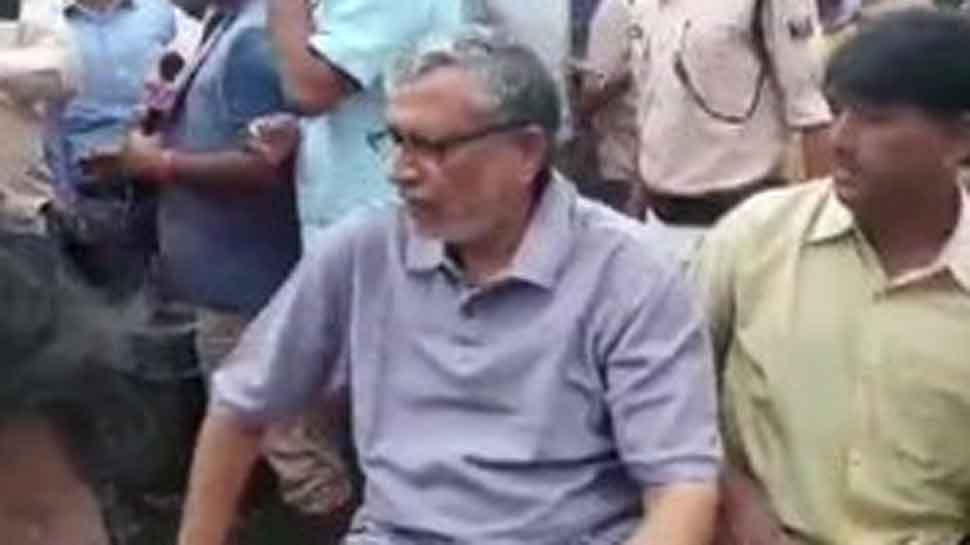 New Delhi: Bihar Deputy Chief Minister Sushil Modi and his family members were on Monday rescued by a team of National and State Disaster Response Forces, almost three days after being stuck at his residence in Patna.

It is to be noted that widespread rains and floods have thrown life out of gear in the Bihar capital city. Sushil Modi and his family members were stranded at their residence at Rajendra Nagar in Patna for the last few days due to incessant rains for the past 48 hours.

He left the area as soon as he was rescued by the NDRF personnel, without speaking to the media persons.

So far, at least 29 people have died in the state in separate rain-related incidents. Patna continues to remain the worst-affected due to heavy rainfalls with waist-deep floodwaters across many streets, and entering homes, shops, and even the wards of a major hospital. In some parts, authorities deployed boats to rescue residents.

"The rains have stopped but there is waterlogging in many areas," Bihar`s Additional Secretary in the Disaster Relief Department Amod Kumar Sharan said. In its bulletin on Monday, the Indian Meteorological Department said the intensity of rainfall over Bihar was very likely to reduce.

Bihar Chief Minister Nitish Kumar will hold a meeting with officials of the flood-affected districts to take stock of ongoing rescue and relief operations on Monday. The meeting will be conducted via video conference later in the day, officials said. The state government has requested the Indian Air Force for two helicopters for lifting and airdropping food packets and medicines, in the flood-affected areas of the region.

Showers in Uttar Pradesh are also expected to abate this week.