The BJP and the JD(U) will contest 17 seats each in Bihar, while the remaining six would be fought by the LJP. 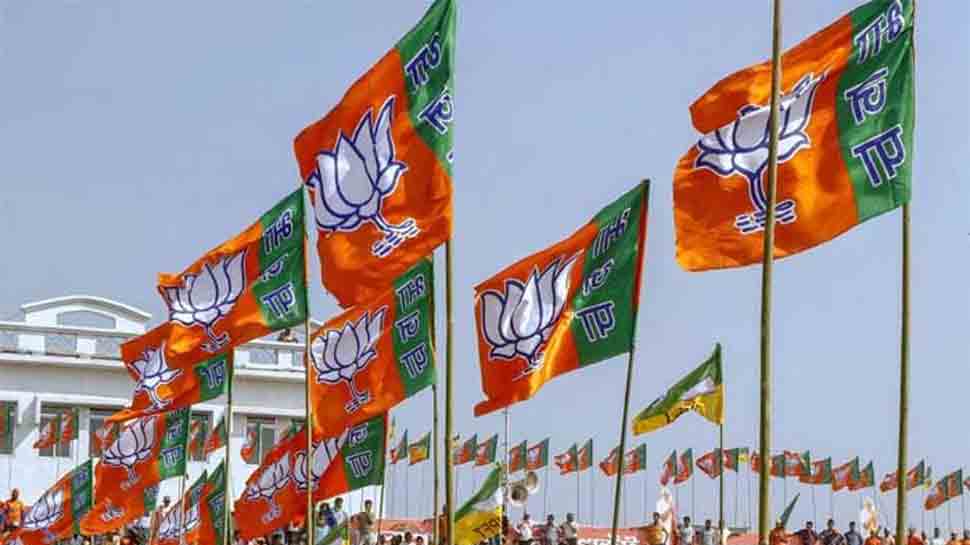 Patna: Talks on allocation of specific Lok Sabha seats to three NDA constituents in Bihar are in the "final stages", the state unit of the BJP said on Thursday.

The list of candidates, along with the announcement on seat sharing, is likely to be announced "within two or three days" in New Delhi, it added.

"We reiterated the resolve to win, for the NDA, all the 40 Lok Sabha seats in Bihar. Seat-sharing talks are in the final stages and announcement is likely to be made by leaders of all NDA constituents in New Delhi shortly," state BJP vice-president Devesh Kumar told PTI.

At a meeting of the state election committee here, which was chaired by Bihar BJP president Nityanand Rai and attended by national general secretary in-charge Bhupendra Yadav, among others, the party also "reiterated the resolve to win the by-elections to two assembly segments".

The assembly segments of Nawada and Dehri have fallen vacant upon the disqualification of RJD MLAs Raj Vallabh Yadav and Mohd Iliyas Husain, respectively. Yadav lost his seat upon conviction in a rape case, while Husain was held guilty by a CBI court in Ranchi in a corruption case.

"At today's meeting, we did not deliberate much on the candidates, since we are awaiting a final call on which seats is to be contested by which NDA partner. But, it would be decided soon. The number of seats to be fought by each party was announced long back," he pointed out.

As per the arrangement, the BJP and the JD(U) will contest 17 seats each, while the remaining six would be fought by the LJP.

The Bihar BJP vice-president also said "the state election committee has authorised state president Nityanand Rai, besides Sushil Kumar Modi and Prem Kumar, who are the party's leaders in the state assembly and the legislative council, respectively, for screening of prospective candidates".

They will share their feedback with the core committee, which will send a list of shortlisted candidates for each constituency to the Parliamentary Board for final approval, Kumar said.

Replying to a query, he said, "There is no deadline as such, but the entire process should be over within two or three days".

Notably, filing of nominations for the first phase of Lok Sabha elections, wherein four seats in the state are in the fray, would commence with issuing of notification on March 18.

Kumar added: "We also held discussions on how to ensure that the NDA wrests the assembly segments of Nawada and Dehri. A final decision on this, too, would be taken in due course and announcement made accordingly."

Voting for the Nawada assembly segment will take place on April 11, in the first phase, when the Lok Sabha segment by the same name goes to polls. In Dehri, which falls under the Karakat Lok Sabha seat, the polls would be held in the last phase on May 19.