Both survivors and local people felt that luck favoured passengers as the accident of that magnitude could have killed more people. 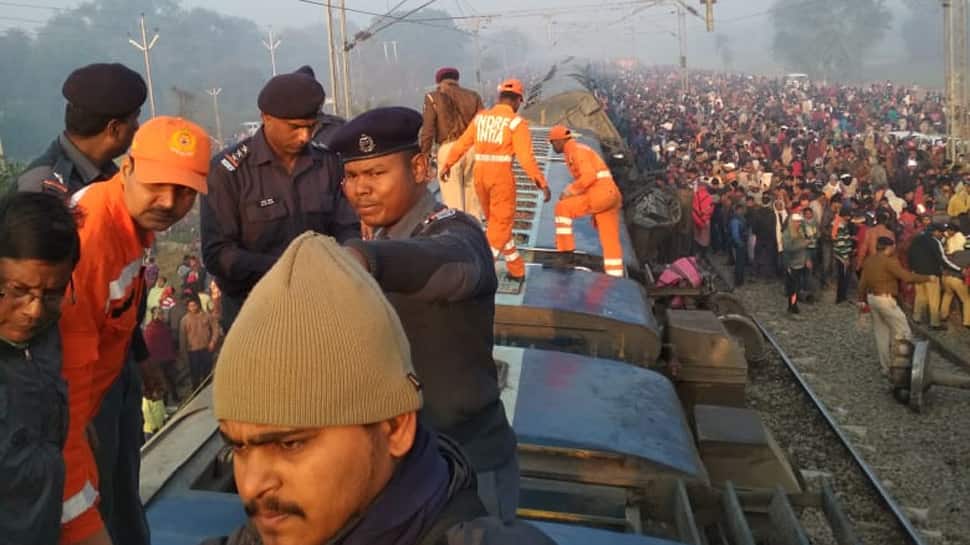 Sonpur: A deafening bang and a powerful tremor flung sleeping passengers off their berths as the Delhi-bound Seemanchal Express jumped the tracks here in the early hours of Sunday, survivors recalled.

Imarati Devi, who had boarded the train at Kishanganj Saturday night, said she was fortunate to have escaped unhurt even as the compartment she was in derailed in the accident.

"I prepared the bed for my mother-in-law on the middle berth before settling on the upper one. We were mindful that we had a long journey ahead, some 24 hours before the train would reach the Anand Vihar Terminus. So we soon dozed off. Suddenly, I found myself hitting a hard surface, my ears still ringing from an explosion-like sound. It took me a few seconds to realise that I fell on the floor of the compartment," she recalled with a shudder.

The woman, who is in her early 40s, said men broke open the window panes and made their exit through the gap.

"One of them put his hand inside, beckoning me to get out of the compartment the way he had. I found that the coach was tilted at an odd angle. After getting out, I began wailing for my mother-in-law whom I feared might have died in the accident. After about half an hour, I saw the old lady - unable to clamber out of the tilted compartment on her own - being carried out safely by a few able-bodied rescuers," she said, as her mother-in-law Ramesari Devi (65) sat beside, muttering prayers under her breath.

Basawan Singh, a resident of Sahadei Buzurg block in Vaishali district, where the accident took place, said he initially mistook the accident for a bomb explosion. "We were asleep when we heard the loud bang. Initially suspecting that a bomb had exploded nearby, I and other neighbours cautiously ventured out carrying lathis in our hands. The tracks were a few yards away and we could sense that a train was stranded, but it was pitch dark and we took time to figure out what happened. One has heard about train compartments made of solid iron being reduced to mangled heaps of metal in accidents. But to see that oneself was a different thing altogether," he said.

Another local resident, Rameshwar Rai, said, "Luckily, the site of the mishap wasn't a remote or a sparsely-populated area. We could reach out to the victims immediately. Some of us had gas-cutters which were put to use even before rescue officials could reach with their professional equipment," he said.

"Some people also contacted private nursing homes nearby from where ambulances were rushed to the spot," he added.

Both survivors and local people felt that luck favoured passengers as the accident of that magnitude could have killed more people.

At least seven passengers died and 29 others were injured when a rail fracture led to the derailment of 11 bogies of 2487 Jogbani-Anand Vihar Seemanchal Express in Bihar's Vaishali district, railway and police officials said.

"Rescue operations are underway and an accident relief train has been sent to the site of the mishap. An NDRF team has also reached the spot," Kumar said.

The office of Railway Minister Piyush Goyal has announced Rs 5 lakh ex-gratia each to kin of those killed, Rs 1 lakh each to the grievously injured, and Rs 50,000 each to those who received minor injuries.