Manju Verma was evading arrest in the Arms Act case which cropped up in course of a CBI probe into the Muzaffarpur shelter home sex scandal. 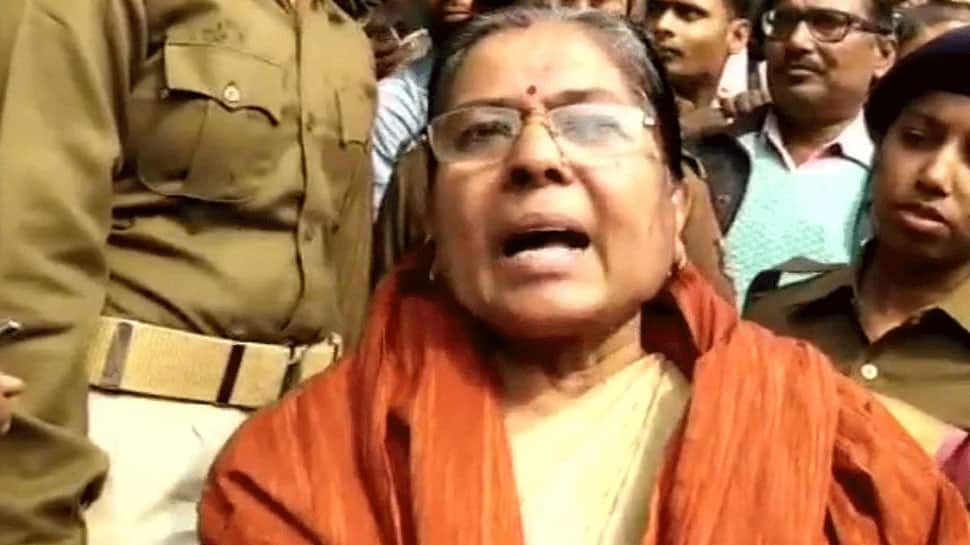 New Delhi: Patna High Court on Tuesday granted bail to former Bihar minister Manju Verma in connection with the Arms Act case linked to Muzaffarpur shelter home case. She was lodged in jail since November 20, 2018, after she had surrendered before a Begusarai court.

Manju Verma was evading arrest in the Arms Act case which cropped up in course of a Central Bureau of Investigation (CBI) probe into the Muzaffarpur shelter home sex scandal.

The former Bihar minister was proclaimed as an "absconder" by the court which also ordered for attaching her properties. Her Begusarai residence was attached by Bihar police after she went missing.

Manju Verma and her husband Chandrashekhar Verma were booked under the Arms Act at Cheria Bariyarpur Police Station in Begusarai after a huge cache of arms ammunition was recovered from their residence.

The recovery of the arms and ammunition was made during a raid at her residence by a CBI team probing the alleged Muzaffarpur shelter home rape-murder and sexual abuse case involving over 30 minor girls.

Manju Verma was forced to resign as the minister for social welfare from the Nitish Kumar government after reports surfaced that her husband had close links with Brajesh Thakur - the prime accused in the Muzaffarpur case. Verma's husband had surrendered before a court on October 29.

The former minister was suspended by the Janata Dal-United (JDU) from the primary membership of the party.

Not dependent on allies in Bihar, says Congress; RJD hits back