The incident took place at nearly 3:58 am after the train passed Mehnar Road. 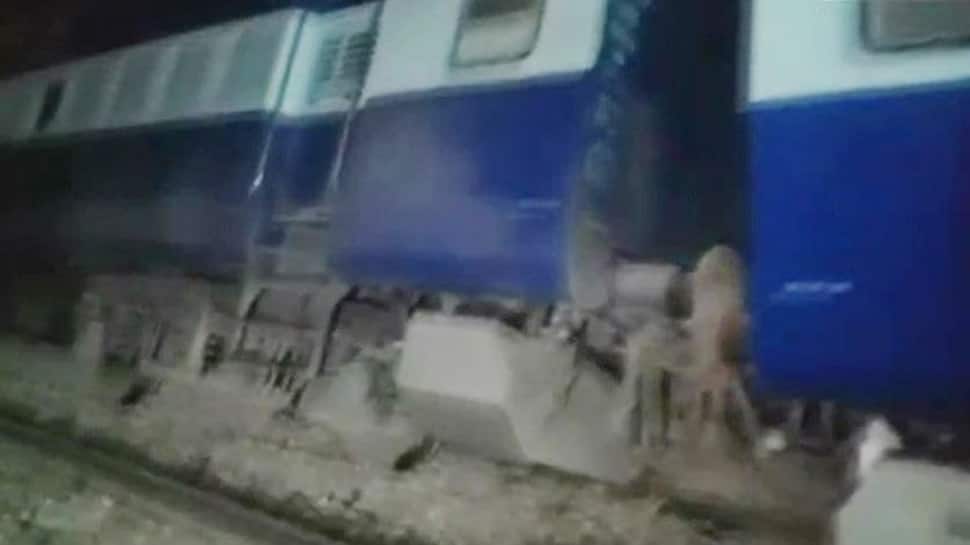 PATNA: At least six people died after nine bogies of Jogbani-Anand Vihar Terminal Seemanchal Express derailed in Bihar's Sahadai Buzurg early on Sunday morning. Several people are also believed to have been injured in the mishap.

The incident took place at nearly 3:58 am after the train passed Mehnar Road. The derailed coaches of the 12487 Jogbani-Anand Vihar Terminal Seemanchal Express include three sleeper - S8, S9, S10, one general and one AC B3.

Railway Minister Piyush Goyal assured that rescue and relief operations at the accident site. Bihar Chief Minister Nitish Kumar also has expressed grief over the accident and has directed the administration to provide all kind of assistance to those involved in the mishap.

#SpotVisuals: 9 coaches of #SeemanchalExpress derailed in Bihar's Sahadai Buzurg, earlier this morning. 6 people have lost their lives in the incident. pic.twitter.com/wQgNwiieSD

A team of doctors has been rushed to the accident site from nearby areas of Sonpur and Barauni. An accident relief train has also moved for carrying out relief and rescue operations.

"We are focusing on rescue and relief operations right now. Railway Accident Medical Van along with a team of doctors are at the site. Two teams of NDRF have also reached the spot," Additional Director General PR (Rail) Smita Vats Sharma said.

An inquiry in this accident will be done by CRS Eastern Circle Latif Khan.

All passenger trains on this route have been canceled and Uttar Pradesh's trains for Chapra have been diverted via Muzaffarpur-Chapra.