Jailed Lalu Prasad Yadav was on Monday convicted by a special CBI court of criminal conspiracy, corruption and other charges in the fourth fodder scam case. 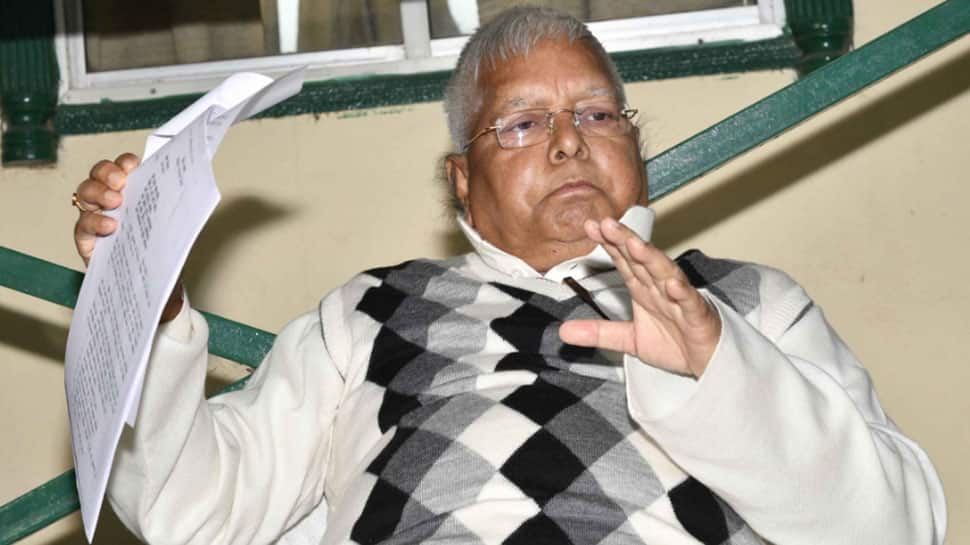 Ranchi: Jailed former Bihar CM Lalu Prasad, who has been convicted by a special CBI court in the fourth fodder scam case, has been referred to Delhi's All India Institute of Medical Science (AIIMS) for treatment, according to Zee Media sources.

The RJD chief is admitted to Ranchi's Rajendra Institute of Medical Sciences (RIMS). However, the nature of his ailment is not confirmed.

On Monday, CBI judge Shiv Pal Singh had held the 69-year-old guilty along with 18 others. On the other hand, another former Bihar CM and Congress leader Jagannath Mishra was among the twelve acquitted in the case RC 38 A/96 pertaining to fraudulent withdrawal of Rs 3.13 crore from Dumka treasury in the early 1990s.

The judge will hear arguments on the quantum of the sentence from March 21, according to a CBI counsel, PTI reported.

The decision was the fourth conviction for Lalu in fodder scam cases pertaining to illegal withdrawal of money from government treasury in 1990s in the undivided Bihar when RJD was in power and he the CM.

Lalu has been in Birsa Munda jail at Ranchi since December 23, 2017, after being convicted in the second case pertaining to illegal withdrawal of money from Deogarh treasury.

Earlier, he was convicted on September 30, 2013 in the RC 20A/96 case of Chaibasa pertaining to illegal withdrawal of Rs 37.7 crore in the 1990s. He got five years prison term in the case following which he was disqualified from the Lok Sabha and barred from contesting elections for six years after completion of jail term.

There were a total of 47 accused in the fourth fodder scam. Fourteen of them had died during the course of the trial, while two turned approvers.

In the second case, Lalu was convicted in the RC64A/96 in connection with fraudulent withdrawal of Rs 89.27 lakh from Deoghar Treasury in the 1990s. He was awarded 3.5 years sentence in the case on December 23, 2017.

In another Chaibasa case, RC 68A/96 pertaining to Rs 37.62 crore Lalu got five years prison term on January 24, 2018, while Mishra was acquitted in two fodder cases while being convicted in two cases.

The fifth case relating to fraudulent withdrawal of Rs 139 crore from the Doranda treasury in Ranchi is pending with the court.