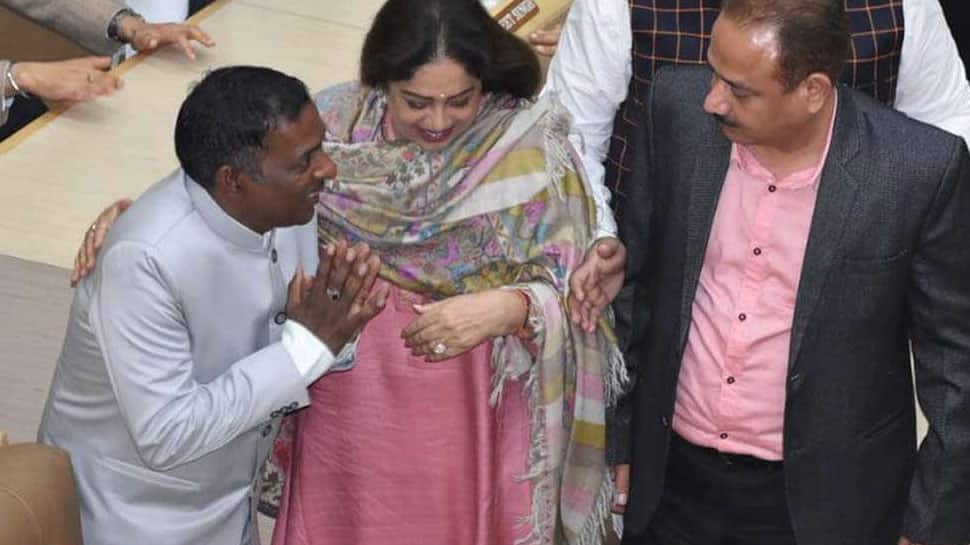 Chandigarh: BJP's Rajesh Kalia was on Friday elected as the new mayor of the Chandigarh Municipal Corporation.

Kalia trounced rebel BJP candidate Satish Kainth, who contested as an Independent, by a margin of five votes, officials said.

Congress nominee Sheela Devi withdrew her nomination before the start of the election.

The Bharatiya Janata Party (BJP) has the majority in the House with 20 votes while Congress has four councillors.

There is one vote each of a Shiromani Akali Dal (SAD) candidate and an Independent, while Chandigarh BJP MP Kirron Kher has the voting right as the ex-officio member of the House.

In order to be elected as Mayor, a nominee needs 14 votes of municipal corporation councilors.

The post of deputy Mayor too was bagged by the BJP as its candidate, Kanwarjit Rana defeated Congress nominee Ravinder Kaur.

Rana got 21 votes while his opponent polled six, officials said.