Delhi statehood solution lies in open doors, not in closing them

Delhi residents deserve an accountable government. The time has come for a serious discussion on the issue. 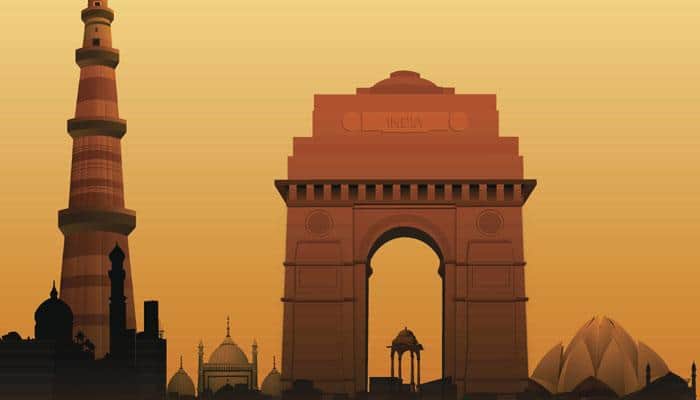 Has the time come for Delhi to attain full statehood? As a resident of the city, I am tempted to say yes, but, as someone of southern Indian roots who grew up in the capital called New Delhi, I would rather say, "Perhaps!". I would definitely not say, "No," because there is plenty in the National Capital Region (NCR) to suggest that its citizens deserve an accountable administration.

The Aam Aadmi Party (AAP) is fighting the current Lok Sabha elections on an ambitious promise it is not capable of fulfilling on its own: full statehood. Being practically a regional party led by strongman Arvind Kejriwal, it is banking on its commendable work in the fields of education and health (which are entirely within the state government's control under the current dispensation) to somewhat tell voters: "If we only had more powers than we do currently, we can do even more for you."

So far, so good. But it gets tricky from there, both in terms of principles and concepts and in terms of actual execution. Therefore, I would say full statehood for Delhi is an idea whose time has come for consideration but perhaps not execution. In that sense, Congress leader Sheila Dixit is right in taunting AAP for promising the moon. However, AAP can turn right back and tell her that they can talk of the moon because they have done a good job with the ground they have been given.

Let's look at hard realities. Unlike an Ottawa in Canada or a Canberra in Australia, Delhi is not a purely national capital territory with a relatively sleepy environment suited for bureaucrats. That's how New Delhi somewhat used to be, first as the imperial capital of British rulers and later as the capital of newly independent India when it was called the 'city of babus'. But then, long before that, it had its Shahjahanabad - the current old city - whose legacy of businesses, professions and industries continues to thrive.

Independence led to industrial ambitions in a largely administrative city. All sorts of Indians began finding a new home in a nation with an exploding population. The Okhla industrial area in the south was only the beginning. We now have Narela, Patparganj, Naraina symbolising industrial suburbs in all directions. The Delhi Metro's tentacles stretch out to Gurgaon and Faridabad in Haryana and Noida in Uttar Pradesh as the NCR story gains ground.

Surely, in such a context, we can't be having an administrative system falling between the two stools of the national capital and a weakened city administration? As law and order is an important issue in a city bustling with migrants and slums, it is but natural that Delhi needs a police force that is accountable to an elected government. There are other administrative areas as well but whatever the detail, Delhi's citizens need a more accountable and empowered local administration.

But let that not hurry us into a simplistic approach. New Delhi deserves to exist as a separate political entity because there is a need to carefully administer the security, prestige and convenience of a zone that has diplomats, expatriates, administrators and federal lawmakers. In that sense, making the heart of the city a Union Territory and defining the other parts of Delhi as a fully-fledged state makes broad sense.

However, Delhi is inherently cosmopolitan now and is governed by the country's Constitution, which allows free movement of its citizens and the right to practise any profession. The moment you define Delhi as a state in a narrow sense of the term, populist politics begins to haunt the city by offering extra benefits to domiciles. That is not fair. Sheila Dixit has a point then in saying that full statehood for Delhi goes against the Constitution, but that is a half-truth. As a leader of the Congress Party that industrialised several suburbs of Delhi, she has to say how its citizens will get justice and an accountable administration on all fronts without the ghost of the Central government looming uselessly on local issues.

The AAP government also tends to behave in a partisan way. Its recent move to limit admission rights in Sarvodaya schools to local residents affects both migrant workers and those who may want to commute from satellite zones like Noida. The NCR is now a reality, with same families sharing space between three states and juggling education, lifestyle and work using the extended area. Any rigidity in government rules that undermines such a freedom is questionable.

The Delhi unit of the Bharatiya Janata Party became a divided house two years ago when its long-time local leader Vijay Goel and its current president Manoj Tiwari clashed on the issue of reserving 85% of seats in Delhi University for Delhi's resident students. Goel actually supported the Aam Aadmi Party on this!

The BJP was embarrassed after Goel publicly announced his happiness over the AAP government's move. Tiwari, of Bihari origin, was certainly not amused.

I personally do not like what I call such a "Telanganafication" of Delhi. Its citizens come from all over the sprawling country and have the right to do so. Laying down narrow rules of residency goes against its egalitarian, cosmopolitan and national spirit.

We need to figure a way to solve the Delhi puzzle. Let this be clear: BJP, AAP and Congress have all courted populist politics in some form or the other, but Congress used to have the luxury of ruling over a smaller Delhi in an era when it controlled the Central government as well. It is time now to come to grips with the idea of a 'new Delhi' that should not be confused with a 'New Delhi' with a capital N.

When the next Lok Sabha gets constituted, it would be a good idea to convene a special joint session of both houses of Parliament to discuss all the issues related to Delhi, especially those related to administration, accountability, NCR, residency and state benefits. That's the way to get started.