We need to learn a lesson from Pakistani politicians on speaking in one voice during difficult times. 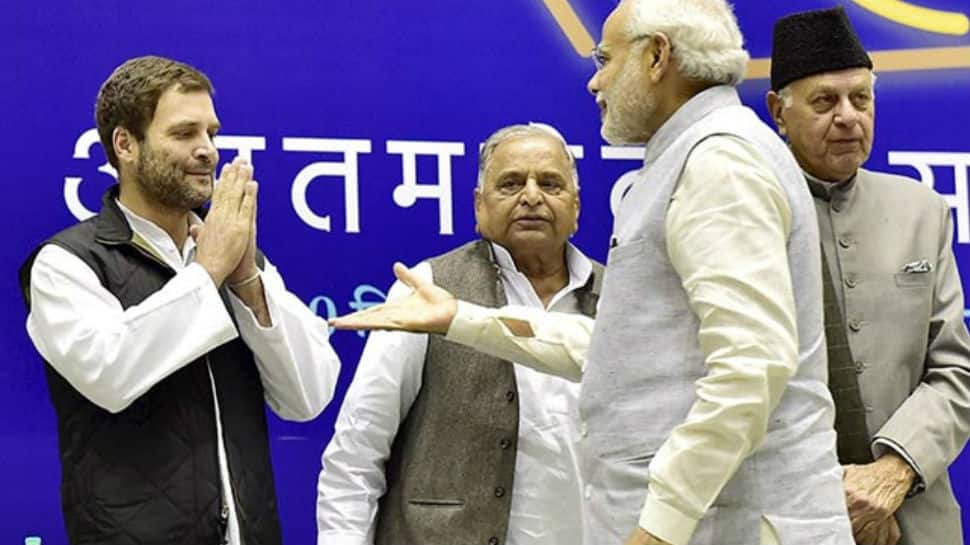 The designation of Masood Azhar as a terrorist in the UNSCR 1267 list has been blocked yet again by China using its veto power. China has its own economic reasons for doing this.

The Chinese have penetrated into Pakistan on account of recent their CEPC and BRI initiatives. They have invested heavily in Pakistan. There are indeed geopolitical reasons for that. Paramount is the effort to counterbalance Pakistan. The quantum of investment is huge to extend their access to Gwadar Port in Pakistan almost running through the heart of Pakistan.

In addition, there are reportedly 60,000 Chinese workers in Pakistan, which is also a weakling and security of these personnel located in Pakistan is one of the reasons perhaps. This has to be seen in the context that there was a terrorist attack on the Chinese consulate in Karachi in the recent past. This reaffirms that being a friend and benefactor is no guarantee in a terror-ridden state like Pakistan.

Having said that, even this terror attack on the Chinese consulate might have been a ploy employed by the Pakistani state to leverage China into offer quid pro quo support to their terror entities in exchange for the protection of Chinese works from terror attacks. We don't know. Anything is possible in Pakistan.

Indeed, they have been caught dressing up the Balakot post-attack footprints. If the attack was on a non-state actor's establishment, why should they dress up the scene? A million dollar question.

But as far as student of geopolitics of the South Asia region are concerned, they are well aware that there is little distinction between state and non-state actors in Pakistan, including its head of the state.

The mighty Army also decides how much opium is to be harvested from their western frontiers, as betrayed by the repeated interjection of their defence personnel(read ISI) in bilateral discussions on subject relating to MOU between our Narcotics Control Bureau and Pakistan's Anti-Narcotics Force, if I recall from personal memory.

At the same time, I have observed one thing. There is a unity of command. Not just that. In matters anti-India, there is unity and convergence of opinion. This is very important for our politicians to learn.

Let me recall the case of Rehman Malik, who was Interior Minister in 2008 and oversaw the 26/11 Mumbai attacks, recently came out and issued a statement in consonance and echoing the statement of Pakistan government, although he is no longer in any position. This is lesson for our political parties.

Here, the leader of an opposition party is poking fun at the failure of the government to reign in China. Many of their leaders are celebrating this as a failure of the government. Let us get it right. I have already explained China has its own reasons to stand in support of Pakistan and Masood Azhar. It is better economics than politics for them.

In a tweet before China blocked Masood Azhar's designation as a terrorist, I had forecast what Beijing would do. I am not chest thumping. That is not my ilk. It is the ilk of some of the Congressmen. Yesterday, in one of the debates, one Congressman said he had proudly claimed success in enlisting of Hafiz Saeed as an entity in UNSCR 1276 list.

I was at the helm of affairs at that time. If Hafiz Saeed is on the UNSCR list, credit goes to one gentleman. His name is HS Puri. He was India's Permanent Representative to UN posted at New York. He steadfastedly chased with us all the documents and evidences that are required and requested by various nations in support of the proposal. The same officer in fact had also wanted such documents in support proposal of domestic designation by USA under UNSCR 1373, but I have detailed in my book how the same was not provided for a long time. Incidentally, the steadfast and excellent diplomat joined politics in 2014 and is a minister in the present government.

HS Puri's case is not isolated. Let us take the case of another officer. He was Commissioner of Police in Pune when the German Bakery blast occurred. I have explained again in my book as to how the state government was alerted through an advisory, but the same did not penetrate to the Commissioner. He was a celebrated and able officer and had he got the advisory in time he would have averted or pre-empted that attack. Also recall that he is the officer who had sent a report on the anti-national activities of Zakir Naik to the Ministry of Home Affairs.

The then government, which was friendly towards Naik, trivialised this report as a communal issue and not fraught with risk to the security of the country. Hence, they sent the report to Human Rights/National Integration Division (HR/NI Division), which concluded as per their policy and perspective that there is no danger to security and closed the matter. Ordinarily, this should have been dealt in the Internal Security Division or least in the FCRA Division as the report had contained certain inputs to place the IRF of Dr Naik, at least on probation.

After his tenure in Pune, he was posted as Commissioner of Police in Mumbai. The investigation into the 26/11 Mumbai attacks were on in full swing at that time. We all know that there were several interventions from the government in the investigation to ensure that local conspirators are not brought to book. This would have exposed many high and mighty and people dear to the establishment.

I am not speculating. I would like readers to also read the reply to Lok Sabha Starred Question no 78 answered on 2.3.2010, where the government has admitted that Kasab had confessed to involvement of locals. Incidentally, he is also a Minister in the present government. The name of the officer is Dr Satya Pal Singh.

Next on the list is a former Union Home Secretary. It is reported that in 2013, when my harassment by Satish Verma was taken up by Secretary of Urban Development with him, he had strongly taken up the case with establishment. Unfortunately, he superannuated in a few days and hence could not take it up further. There were several issues on which he had differences with the then dispensation. His name is RK Singh. He to is a minister in the present government

Next on the list is the former Chief of Army Staff. He was accused of planning to stage a coup against the government. Stupid it may sound, as we all know that there are more than 10,000 army personnel posted at any time in Delhi, and if an Army general wants a coup, it is just a matter of minutes to give shape to this evil design.

But the Indian Army or security personnel on the whole enjoy the trust of the nation more than the politicians. It is sacrilege and preposterous on the part of any political party to throw such allegations. In fact, the powers that be at the time should be prosecuted criminally for this false news and painting the Indian Army in bad light. The name of the Army Chief is General VK Singh, and he too is a minister in the Cabinet.

There are some more instances of people involved in public policy being humiliated and harassed by the previous dispensation. Let us get it right. HS Puri, Satya Pal Singh, RK Singh and General VK Singh are more nationalist than any of these politicians taking swipe at them.