It was false controversy over INS Virat. Here are real questions we should be asking

There should be controversy over the capabilities of the Indian Navy and Coast Guard instead. 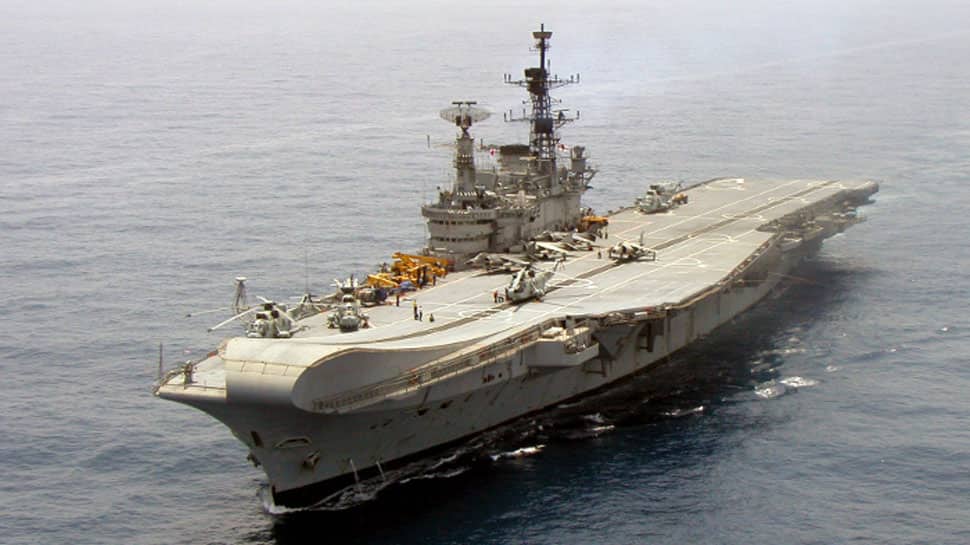 In the course of the heated campaign for the 2019 Lok Sabha elections, there was controversy over the alleged use or misuse of Indian Navy's assets in the INS Virat case. But it is indeed not appropriate that such defence assets are used by the Prime Minister's family for personal family holidays. Having said that, the event occurred 33 years back and the said Prime Minister is no longer with us and hence not much yield will come out of flogging this dead horse. However, in the regulations relating to hospitality grant of Prime Minister a specific entry may be made to ensure that it doesn't happen in future or if it happens it is as per the entitlement.

In the same vein, I would like dedicate this blog especially to the Indian Navy and Coast Guard, their capabilities provided such political will is there. This is sought to be established by two case studies when terror attacks or possible terror attacks were mounted through the coastal route.

It is a matter of public knowledge with so much of records available in the public domain that the 26/11 Mumbai attacks were carried out by terrorists who entered through the coastal route. Hence in the aftermath of 26/11, here is what the new Home Minister of India had to say in Parliament on Thursday, December 11, 2008, in his suo moto statement. Readers are free to read through the full debate that began in the Parliament at 11:03 am. But I am quoting from page 16 of the statement of Honourable Home Minister Shri P Chidambaram:

"We have a number of intelligence gathering agencies. Intelligence is shared, evaluated and acted upon. However, I have found that there is a tendency to treat some intelligence inputs that are not specific or precise as not actionable intelligence. Further, the responsibility for acting upon intelligence inputs is quite diffused. In the case of the Mumbai attacks, intelligence regarding a suspected LeT vessel attempting to infiltrate through the sea route was shared with the Director General, Coast Guard, and the Principal Director, Naval Intelligence. The Coast Guard made a serious effort, including deploying vessels and aircraft, to locate the suspect vessel, but was not successful. The Navy found that the coordinates of the vessel, as reported, placed it well within the territorial waters of Pakistan. Nevertheless, the Navy had committed several surface units and aircraft in the zone during the period November 19-20, 2008. In the absence of further inputs or information from the agencies concerned, the Navy concluded that no further action could be taken on the basis of the available information."

A very important factor here is that first, the fact of Coast Guard not bring able to locate the vessel. Does the nation believe it? It is a direct imputation on the ability of the Indian Coast Guard. Moreover, where did the Union Home Minister get this information or input. Mr Binoy Kumar was the then Joint Secretary in charge of Coast Guard. We did not have any such information on record.

Then why did this same minister, during his visit to USA in September 2009, cherry-pick Coast Guard for its inherent abilities for joint exercises with its US counterpart. These are matters of record and hence verifiable. But he would not assign them any joint exercise with the state police coastal patrol teams. Not even one. It would have been ideal if they had been given oversight of the progress of implementation of coastal patrolling exercises like coastal police stations and patrol boats, which were sanctioned in 2009-2012 under the Police Modernisation Scheme, which the then Home Minister used to brandish before the chief minsters in every conference of internal security.

Hence, from this nebulous affirmation about the capability of Indian Coast Guard it is not clear what the then Home Minister P Chidambaram's take was.

But what is more salient is that in the same statement he says while Coast Guard, after deployment of its resources, could not locate the boat, Indian Navy located the ship in Pakistani waters. In the same vein, it is also said that several surface units and aircrafts were committed on November 19-20, which were later withdrawn due to lack of further intelligence. This is the biggest give-away.

Once a hostile item, whether ship or convoy has been sighted based on intelligence, no security agency will withdraw its assets. Further intelligence may be force multipliers enabling to mobilise or deploy resources with more focus. But due to lack of intelligence no one withdraws after sighting a hostile element. They reinforce the surveillance. Indeed such withdrawals are carried out at specific orders of the higher authorities. From the verbal flexing in the statement of P Chidambaram the biggest give away that Indian Navy was ordered to withdraw after November 19-20 and this was at a political level.

Now, I will take you to the instance that occurred on December 31, 2014, in which the reaction and counter-offence of the Indian Coast Guard was captured as per the following extracts of The Hindustan Times of January 2, 2015:

An explosives-laden Pakistani trawler blew itself up late on December 31 night after being intercepted by the Indian Coast Guard in the Arabian Sea off Porbandar, Gujarat.

The coast guard warned the suspicious fishing vessel to stop for investigation but the boat sped away, leading to a one-hour hot pursuit.

The suspicious behaviour of the boat's crew brought back memories of the 26/11 terror attacks in Mumbai six years ago. Then, 10 gunmen had travelled from Karachi in a boat, hijacked an Indian fishing vessel and steered it to Mumbai to go on a three-day rampage during which they killed 166 people.

This fishing boat too was from Karachi.

The boat stopped after the coast guard fired shots but the four-man crew had by then set it on fire, triggering a major explosion and sinking the trawler, a defence ministry spokesperson said on Friday.

The coast guard had received a specific intelligence alert on December 31 that a fishing boat from Keti Bunder near Karachi was planning some kind of an operation in the Arabian Sea.

"Based on the input, a Dornier aircraft undertook a sea-air coordinated search and located the fishing boat. The ship patrolling in the area was diverted and intercepted the unlit boat around midnight of December 31," the spokesperson said.

Now it is best left to the readers to conclude who treats Indian defence assets as personal assets to be used for their family holidays and personal travels and who gives them the autonomy to give act according to their mandate.

Now, I come back to Home Minister's statement of 11.12.2008, which I have recalled. Let us get it clear. The statement in itself in this small part is so much self-contradictory that lies were oozing out at the extant time itself. Further, lying, suppression of material facts before the Parliament is also an offence.

P Chidambaram being a long-standing Member of Parliament then and also as eminent lawyer knew this legal provisions. But he did not apply it here. He lied with impunity. He did suppress information in another reply to a Starred Question No. 78, answered in Lok Sabha on 2.3.2010 in regard to sharing of evidences on Mumbai attack with Pakistan.