Mamata Banerjee vs CBI is good drama, but bad for our institutions

We thought we were living in a system where civil servants were civil. They are not so anymore. 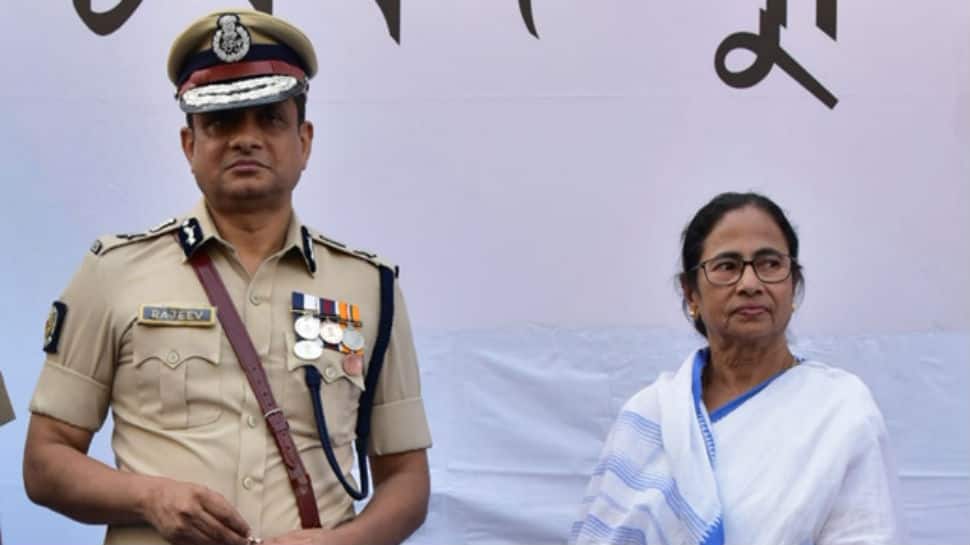 If it was not so tragic, it would be funny. The theatrics being played out in Kolkata this week after a dramatic series of incidents involving a confrontation between West Bengal chief minister Mamata Banerjee and the Narendra Modi government at the Centre is the stuff of a political thriller and involves caricatures that seem to suggest that try as we might, India is not exactly an institution-rich democracy. It is easy to take sides in this game but then, that would only reveal your political preference rather than a deeper understanding of India's constitution, its institutions, its procedures and its principles.

Two dozen CBI men conduct a virtual raid on the home of Kolkata's police commissioner on a Sunday evening, ostensibly to question him on a scandal that involves the chief minister and/or her aides. This happened weeks after she holds a rally to oppose the ruling party at the Centre. If the context is any indication, the game is a political one in an election year. However, it is equally true that it is unbecoming of an elected chief minister in a democracy to stop the federal police from doing what it thinks is its job. There is a clear conflict of interest in this for both Banerjee's Trinamool Congress and the prime minister's BJP but who is to educate them of such nuances? The media has been discredited and the police seem to have been politicised.

If this was your familiar CBI that has already been derided in the past for being a caged parrot of those in power, it would have been somewhat understandable. But we have now a CBI that goes beyond such innuendo to a clearly politicised zone. Last year saw an ugly confrontation between the No.1 and No. 2 in the CBI that reached the highest court of the land. Last week witnessed a new CBI director being appointed by a panel in which the leader of the opposition, Mallikarjun Kharge, dissented while the director himself was a trusted police chief to erstwhile Madhya Pradesh chief minister Shivraj Singh Chauhan. This is a scenario strikingly resembling Kolkata, where the police commissioner, Rajeev Kumar, is accused of playing Mamata's game.

The Supreme Court is supervising the chit fund scam investigations under which Ms. Banerjee and her aides are being probed. As it has become our habit, it is the same court to which we must turn to discuss her protests against the CBI because the political has become the constitutional -- or is that the other way around? The fact that a welter of political parties is sitting alongside Mamata Banerjee and her Trinamool Congress cannot be ignored.

Ms. Banerjee sitting on a dharna against the BJP-ruled Centre and speaking of a satyagraha against the Centre brings back images of Mahatma Gandhi confronting British rulers in a non-cooperation movement. But Mamata is no Mahatma. We thought we were living in a system where civil servants were civil. They are not so anymore as events in both the CBI and Kolkata police reveal.

It is time now to think of poor Anna Hazare, whose dream of an ombudsman to probe corruption in high places has been ignored even as he rightly claims that the BJP and Aam Aadmi Party have taken a ride to power riding piggyback on his Gandhian popularity. But the national media that built him up in the past is mostly ignoring his current hunger strike to get a Lokpal.

As it turns out, the CBI under Supreme Court's eyes is doing the job of what would or should have been Hazare's dream Lokpal who is constitutionally empowered to question politicians, unlike career civil servants such as police sleuths and IAS officers who have to constantly look above their shoulders and over their horizons to balance their work with the whims of political masters.

So there. If Mamata is no Mahatma, the CBI is not a Lokpal either.

It is important to remember that Mamata Banerjee has been elected and re-elected as West Bengal's chief minister against the might of three major parties, the Congress, the BJP and the CPM. She is hugely popular and that is something we cannot ignore in a democracy. What we need to find out is that point where a democratically elected government is respected but does not undermine institutions. This applies to both Modi's BJP and Mamata's Trinamool Congress. A hurried invocation of Section 356 of the Constitution to dismiss elected governments on grounds of a breakdown in constitutional machinery was used in the past by the Congress to target political rivals. If the BJP did not like it then, it should stay away from doing any such thing now.

The Supreme Court is our best bet in finding the credible midpoint between sound institutional conduct and democratic rights. But this much can be said: India's civil service modelled on Britain's Westminister model has lost its way and is much more politicised than we would like to acknowledge. Apart from widespread public awareness to drive home the fact that a trusted lieutenant should not be confused with a political agent, we need proper codes of conduct for civil servants and police officers so that those who gain unfairly or lose unfairly through political machinations are identified. Retired judges and retired civil servants may be the best persons to lead this charge to influence officers' associations and the media to pressure politicos from crossing the line.

In other words, we badly need a constitutional 'margdarshak mandal' (council of wise people), to borrow a memorable phrase from BJP's organisational lexicon. And this one, unlike the one in the BJP, should not sit on the sidelines and watch silently.