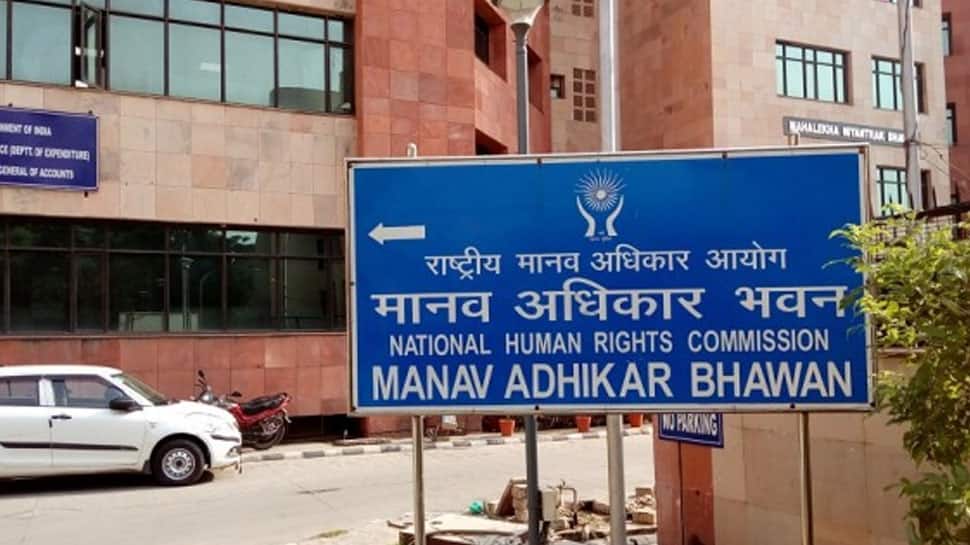 A recent issue that has come to light after Sadhvi Pragya Singh Thakur was nominated for contesting the Bhopal Lok Sabha seat is her physical torture in custody. It is a matter of fact that she, Colonel Shrikant Purohit and others arrested in the Malegaon blast case of 29.9.2008 had been physically and mentally tortured.

Handlers, not leaders
It is no denying the fact that the investigating agencies used to torture the accused and witnesses for parroting their own narrative, which had been designed by their political handlers. I am using this term handler deliberately and not leader because a leader as has been defined in the Bhagavad Gita as "Yad Yad Charati Shrestatha Tad Tad eva Jano Tara". That means one whose actions are sought to be emulated by ordinary people. No one will want to emulate the peddling false narratives and hence these people cannot be leaders.

Anubhuti
Anubhuti means experience. I have had first-hand experience of efforts to change the narrative in the Ishrat Jehan case, and have experienced torture at the hands of the investigation officer, Satish Verma, although whether he had the authority or jurisdiction after reading the High Court Order of 1.12.2010 is a matter that still agitates me.

Now, even our beloved Prime Minister has claimed that he too has been subjected to such torture and he too is a victim. Hence, it is indeed a undeniable fact that human rights are violated for arm twisting those involved in a case.

Enactment of Protection of Human Rights Act
In order to purportedly provide a check and balance on this and other human rights violations, the Government of India did enact a Protection of Human Rights Act in 1993 and notified the same on January 8, 1994, which inter alia in its preamble states that its objective is the better protection of human rights and other activities incidental thereto. Further, in respect of extension of the Act in so far as functional matters coming under Article 370, this Act is not applicable.

Why UNHRC didn't rely on NHRC
Now, I get my answers to why the UNHRC in its report last year relied and quoted references from the anomalous and incomplete replies of Mehbooba Mufti in the J&K Assembly as the source for coming out with its report. I have already written an article on the UNHRC report. The relevance of cross-referencing here is to bring to fore one of the perils of continuing with Article 370. But what is more paramount to the context is that this Act stipulated the constitution of a National Human Rights Commission. Let us examine the vices in the Act to protect the rights guaranteed under the Constitution

Legal framework
We know that Part 3 of the Constitution guarantees us with rights which cannot be taken away except in given circumstances. In this context the Constitution of India had provided for a right to constitutional remedies. The institutional framework for this being vested with Supreme Court under Article 139 and High Courts under Article 226 with the power to issue prerogative writs when they find instances of abrogation and denial of these rights to its citizens.

Rights of citizens vs rights of public servants
Now let me take the readers through certain interesting facts. Article 309-311 of the Constitution also provides a veil of protection to civil servants under what is known as doctrine of pleasure, which can be exercised by the authority without grant of reasonable opportunity.

Incidentally, it is the public servants who perpetuate these human rights violations on citizens at the behest of their political masters or in exercise of unrestricted power vested with them. The case of Hemant Karkare and other cronies of their alleged torture of Sadhvi Pragya, Col Purohit, etc, come under this classification. However, if any student of law browses through legal journal like SCR or online Manupatra, there are more judgements in favour of errant government servants upholding his right to reasonable opportunity, according him right to de novo enquiry, enquiry report set aside, etc.

There are fewer cases of judgements on the side of real victims of human rights violations. This is in spite of the fact that in all these case the government, which deemed as a weak defendant, is able to show its mettle on behalf of the political handlers whose agenda these delinquent officers were propagating or the accused officer contributes to it by using his right of defence. Besides, with such a long and elaborate institutional journey the victim is fatigued by the time he reaches the High Court or Supreme Court level. This is not just today's phenomenon.

Supreme and High Courts were appropriate institutions
Hence my point in the right earnest is that this should have been factored into while considering any such legislation for protection of human rights. They should propose a Constitutional amendment with the insertion of a clause under Article 32 with attendant amendments of Articles 139 and 226 enlarging the mandate of Supreme Court and High Courts. This should have been further followed up by criminalising public authority held infringing or violating human rights of citizens by insertion of a specific provision in the Indian Penal Code according exemplary penal provisions. This would at least enable the victims to cut short their journey of knocking at different doors before coming to High Court or Supreme Court in his quest for justice which is his right.

Institutional framework of NHRC
As a victim let me share that it is not physical scar but mental scar and social ostracism which also affects you for long time thereafter. Now I will take to the structure of National Human Rights Commission and the State Human Rights Commissions, which are similar to each other. Section 3 stipulates the qualification for appointment of members. Section 3 Clause 2 Sub Clause (a) to Sub Clause (c) are appropriately judicial officers and hence no issues with this. But is intriguing is the insertion of provision of Sub Clause (d) under which lays down that two members who have knowledge of human rights or experience of human rights. Ironically against these category only retired police officers have been repeatedly appointed and history is witness to the fact that police officers are the biggest perpetrators of human rights violations. With the propensity of police officers to protect their own ilk, on a larger canvas this is contravention of principles of natural justice.

Chief Executive Officer from judicial service
Now I take you to Section 11 stipulating appointment of Chief Executive Officer. It lays down that a Secretary to the Government of India shall be appointed the Secretary General of NHRC who shall be the Chief Executive Officer. As I have already recalled that human rights violations primarily are perpetuated by civil servants, it would been more appropriate to have a judicial officer as the CEO. One of the paramount reasons for credibility of courts is that the entire executive paraphernalia is overseen by Registrar General in Supreme Courts and respective High Courts, These are all judicial officer discharging administrative functions. Hence by proposing the appointment of civil servant as CEO the entire preamble of the Act gets latently and indirectly vitiated.

Budget not charged but voted
Now I take the readers to the Budget of NHRC and State Human Rights Commissions. Section 32 for NHRC and Section 33 for State HRCs, stipulate the grants to be provided by respective government through their budgets. But nowhere is there an express provision that the demands proposed by the Commission shall come under Charged category on which there can be no discussion in the Parliament. Not just not enabling the budget to be discussed in Parliament, but if people familiar with budgeting exercise know that budget of subordinate bodies are a part of overall of demand for grants of the Ministry, and how the Secretary or the Financial Adviser at the first level and later at the Finance Ministry level downsizes the budget by browbeating the heads of organisation.

Now I come to the actual budget of the NHRC for 2019-20. Relevant portions of Demand for Grants of MHA amount to Rs 48.72 crore.

Status of grantee institutions
From the above it is evident that NHRC is a grantee institution with annual grant from the government, which in essence meant it can be strangulated for grants if it does not toe the government line. Further, the institutions which are in the arena of execution have detailed budget heads such as Salaries, Allowances, Office Expenses, travel, programme wise allocations, whereas in this case the Commission is working on an annual grant with no specific classifications of budget heads even after 25 years of its existence is surprising. I have dealt with budget and finance of the Union Ministry of Textiles. Hence I can assure you that grantee institution without details of classification of expenditure are those who are also maintained by the government like, say the Gurusaday Museum in Kolkata, the existence of which not many know. Is NHRC also on par?

Way to insure against human rights violations
I believe that rather for any substantive guaranteed human rights ecosystem in the country the enabling of the judiciary on the above lines suggested will be more effective. Maybe as alignment of the scope of Section 482 of CrPC, which vests inherent powers on the High Court in criminal matters, may be enlarged with express provisions to incumbent suo moto notice of reported violations in its jurisdiction. This inter alia also should vest power in the High Court to compensate the victim as has been recently done in the case of Nambi Narayanan of ISRO.

This being the situation, there is really need a good meaningful institutional and legal frame work to insure against the human rights violations. Till that time those who are vilifying Sadhvi and eulogising Karkare will continue to hog the limelight.