The clue to demonetisation lies in a suicide in Pakistan

Demonetisation was a pre-emptive strike on Pakistan's response to the surgical strikes. 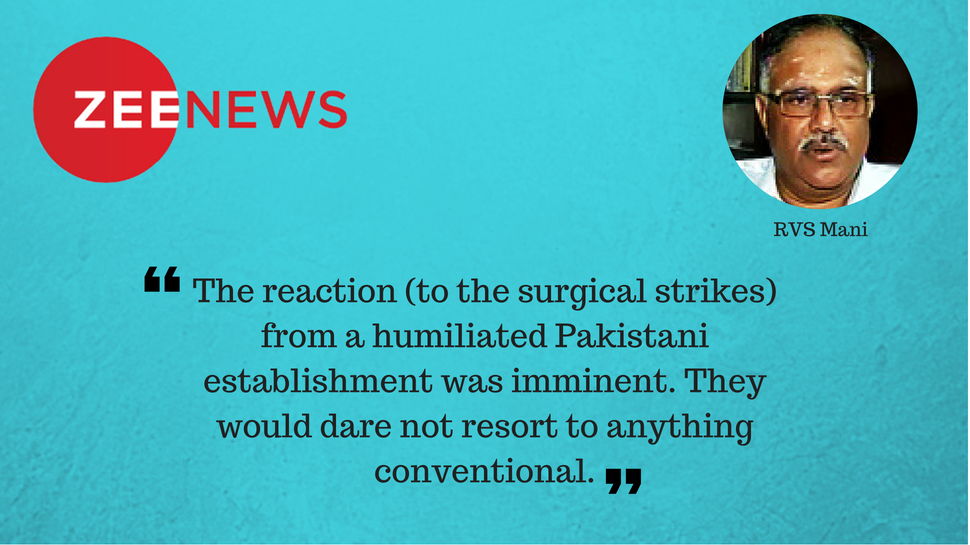 Browsing through Twitter recently, I found postings of esteemed financial expert S Gurumurthy being inducted into the Board of the Reserve Bank of India. Lot of accolades had been written about him, out of which one states that he is the author of the demonetisation of November 2016.

In this context, I had always held the view as a student of security that demonetisation was more a security measure than an economic move. Let me explain in detail.

It is acknowledged in replies to many Parliament questions answered in both houses that fake Indian currency are a vital source for funding terror. During the period when the country suffered from a string of terrorist attacks, 2008 in particular, the pumping of fake currency from across the border was at its peak. NCRB figures validate this.

As regards cross-border infiltration of Fake Indian Currency Notes (FICNs), it is known that while trafficking takes place from several points on our land borders, including the India-Nepal and India-Bangladesh borders, couriers crossing the border in the Rajasthan area have also been caught by the BSF. Instances of fake currency being trafficked through Sri Lanka had also been reported.

Irrespective of which route was being used, the source of such notes were always traced to Karachi and Peshawar in Pakistan. Inputs had also stated that the capacity of these presses was more than the installed capacity of the RBI's Mudran Press in Mysore or the Bank Note Press of Nashik.

A very important fact is that in 2008, which dawned with an attack on CRPF camp and culminated with the 26/11 Mumbai attacks, the biggest leak of fake notes from the State Bank of India's branch in Domariya Ganj in Uttar Pradesh also occurred. This happened a few days before the bloodiest attacks of 26/11. There was other overwhelming information to suggest that the trafficking of FICNs is directly linked to terror attacks.

How these notes were further ploughed into the market is a different dimension, but the moot point here is that it had direct relationship to terror attacks in the country.

Now I navigate the readers to 2016. The unfortunate incident at Pathankot occurred. The Pakistanis reneged on their promise to let the Indian investigators visit their soil, after having availed of Indian hospitality. My question to supporters of talks is that this is not the first time but even during their friendly government at the centre they had reneged. The Committee on Judges Visit from both countries is a standing example.

Having said this in the light of above instances, the government had to go for surgical strikes in September 2016. This was necessary to reinforce the sagging morale of the security forces and let them avenge the killing of their fellow security forces men by deceit by the Pakistanis. They had to be reassured that the nation is behind them. I have narrated that the required safeguards indeed had been taken by the then security establishment as per codified practice.

But the reaction from a humiliated Pakistani establishment was imminent. They would dare not resort to anything conventional. Hence, they must have planned something big and keeping the state actors away, through their sleeper cells. My common refrain having been associated with the security establishment is that forces are blamed for the mishaps that occur but never for those attacks which are pre-empted or prevented by the intelligence and security forces. This might fall under that category.

Having said that something big had been planned, it needs to be emphasised that finance is the lifeline of terrorism. Hence, in order to fund the unholy endeavour, huge amounts of money through this FICN route must have been planned to be pumped into India. Our intelligence must have received the input. Hence, demonetisation was announced as an overnight move, taking the bull by its horns.

Why do I draw this conclusion? The answer lies in the fact that one Mr Javed Khanani, reportedly committed suicide just four weeks after this demonetisation announcement, in Karachi. Who was this Javed Khanani?  He was the owner of the largest printing press that used to print Fake Indian Currency Notes.

Are the conclusions not clear? This Khanani, would not have been printing Fake Indian Currency notes just out of passion. He must be doing so to execute his orders. Who gave the orders? The reply is obvious. But because of demonetisation, his entire finished stock became trash overnight. His patron, which might have been the state actor, would not pay for the trash. He would not keep quiet. So best course left was to eliminate him.

In the end, well done, Prime Minister. You caught them, pants down.

But why are some political groups making a political issue out of this? Have they also suffered losses like Khanani?

Best left for the people to ask them.