Political parties accusing the government of politicising security forces need to take stock off their own long history of doing the same. 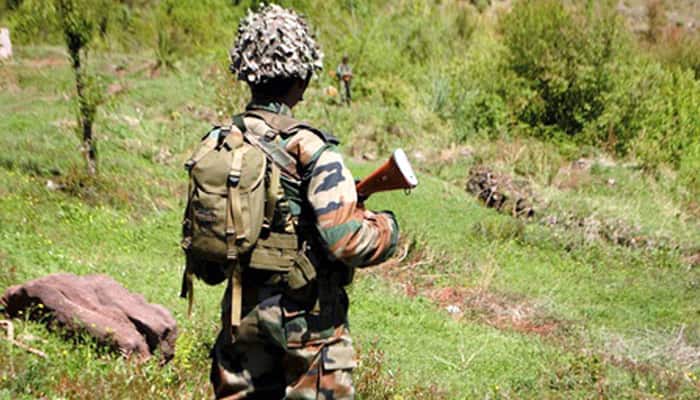 Recently there has been lot of media coverage on use of security forces for political ends and politicisation of the security forces. The allegations and counter-allegations are all over the media. The credit being drawn by the party in power for Balakot and Uri surgical strikes has been questioned. There have been counter-claims that the UPA also carried out surgical strikes, which I have rebutted on facts in an earlier piece. Now, I would like to bring out for the readers to judge the position regarding these claims and counter claims both legal and factual.

Not many may recall a dreaded militant named Mast Gul, who allegedly escaped. Was it an escape, or it was an escape route facilitated? It is a fact that in the fire in Chara-e-Sharief occurred. Fire tenders arrived to douse the fire. The holy place got completely burnt. Then how did one person taking refuge there escape? But he did.

The fire in Charara-e-Sharief was a ruse. People may be able to corroborate, if the government declassifies the documents of those times, that he escaped in an emptied fire tender. The security forces looking for this militant had to bite dust due to this political interference.

Now, to the more recent case of Ishrat Jehan. Rajinder Kumar, the IB Special Director, was hounded by UPA government. He had made a correct assessment of the threat of assassination to the then CM of Gujarat, who is the incumbent Prime Minister, and the then Home Minister of Gujarat, Amit Shah. As per his assigned responsibility, he shared the assessment with the state government, on which the state government took required action. But that the UPA politicised this for its own gain is a now matter of record, although as a Central secretariat officer, I too got caught in the crossfire and had to bear consequences not so pleasant.

Now let me take you to Batla House saga. During the course the occurence of the event, the then Minister for Home was in Delhi Police headquarters and was getting real time information. Mohan Chand Sharma, the inspector who was killed by the terrorists' bullet, had gone there with his team to arrest the perpetrators of the bomb blasts that had rocked Delhi a few earlier.

In spite of this, the then government sought to politicalise the event. This was repeatedly done. Not once but twice. I have captured this in my book. Here, current Commissioner of Police Delhi, Amulya Patnaik, then Joint Commissioner (Crime), had investigated the entire episode, even considering forensic and ballistic evidences and concluded that this was a genuine cross fire, Now, it stands validated by the judicial order.

Many people liken the Batla House event to the martyrdom of the Hemant Karkare in the 26/11 Mumbai attacks. It is unfortunate that Karkare got killed. But after that, while certain sections were demanding an inquiry into his death, there was even a discussion in Rajya Sabha on this on the 19.12.2008. The then government did not institute any inquiry into this, although both governments - in the Centre and Maharashtra - were with the same political dispensation. They conferred him with Ashoka Chakra, a gallantry award for people killed in action. Political interference was evident in itself. By conferring the award, the then government wanted to put an end to this vertical of the Mumbai attack. Let us get it right. Mohan Chand Sharma did not have any record of hobnobbing with politicians of any hue. Karkare had been hobnobbing with politicians. Digvijaya Singh had even gone so far as releasing his call records to substantiate his claim that he had spoken with Karkare hours before the 26/11 Mumbai attacks began.

Besides, recently, Tehseen Poonawala had also claimed Karkare was his close friend. Let us get it clear. The All India Service Rules expressly proscribes and prohibits serving officers from having such relations with politicians. Are they not a case of political interferences? I have further material discussed in my book about how 14 detenues of terrorist attacks languishing in Ahmedabad jails were sought to be brought on transit remand to Delhi to make good their escape or give them better treatment. SS Khandawala, DGP of Gujarat in April 2010, refused to cooperate.

Now, Karkare was conferred Ashoka Chakra. Was it an attempt to put an end to this saga so that later, whenever his role is called into question, there could be cries that a martyr is being maligned? Recent events do reflect this. Because these awards are also conferred to political darlings serving in the security forces.

I will recall a case study from 17.4.2008. The Olympic torch was to pass through Delhi on the way to Beijing. Now, the traffic mess that happened to ensure safe passage was a shame on the traffic management of any mega city, whatever be the reason.

Similarly, when in the second week of September 2008, for two days rains had lashed Delhi and the traffic on this day also put a question mark on the capacity of the traffic management bosses. I indeed believe that sheer numbers coupled with VIP movements in one case and water-logged roads in another does stretch the capacity of traffic management personnel, but that is their job.

I do not also hold any prejudice against these traffic management personnel. But what is surprising was that the Joint Commissioner of Police in charge of Traffic who oversaw these two mishaps was conferred President's Police Medal in January 2009. No prejudice meant to this officer or his professional capabilities. But this is being quoted to establish as to how these medals are handed out.

Talking of the 26/11 Mumbai attacks, I would like to recall to the readers the statement of P Chidambaram in Lok Sabha on 11.12.2008. It was stated by P Chidambaram as Home Minister that, "Indian Navy had spotted the ship (in which Kasab et al were sailing) in Pakistani waters. But since no further intelligence was available they abandoned the surveillance."

I repeatedly say that once anything suspicious in spotted the security agencies only mount their surveillance and intelligence is only a force multiplier to enable them to assess and add on reinforcements. They do not abandon any such surveillance unless they have been directed to do so or redeployed. Hence, P Chidambaram should answer who redeployed the Indian Navy or asked them to abandon the surveillance.

Further, how the deployment of local resources was declined and NSG was delayed during 26/11 have been captured in my book with details. The then Air Force Chief also has come out in open that they had offered to avenge the 26/11, but the political leadership refused to give clearance.

The then government continued to rely on the unsuccessful and proforma process of dossier exchanges. I was involved in preparation of these dossiers till 2010. But P Chidambaram destroyed the credibility of Indian dossiers in March 2011, which again I have detailed in my book.

Having said that, in UPA-II even the independent Army Chief had to face the allegations of trying to revolt and organise a mutiny against the democratic government. The Indian Army had about 10,000 personnel posted in Delhi itself. They do not need to design and organise any revolt or mutiny from outside Delhi as was alleged. Further, I have worked in close association with security establishment. They are true professionals and to attribute such nefarious designs to them is sacrilege.

Last of all, let me tell the readers, that in the previous paras, I have recalled the statement of the then Air Force Chief about political leadership not giving clearances. Indeed, this statement reflects the reality. There was never an element about lack of willingness on the part of security forces. Nor were they incapable, in spite of no reinforcements or modernisation or acquisitions in terms of fighting infrastructure between 2004-2014.

Hence, the whining by certain political groups of the present government taking political advantage of the security forces is inappropriate to the extent that what stopped them from having the political will to accept the offer of the then Air Force chief. The nation seeks an answer.