Kangana Ranaut upcoming biopic 'Thalaivi', which was scheduled to hit the screens on April 23, 2021, has been postponed amid a surge in the coronavirus cases across the country. The makers of the film have released an official statement. 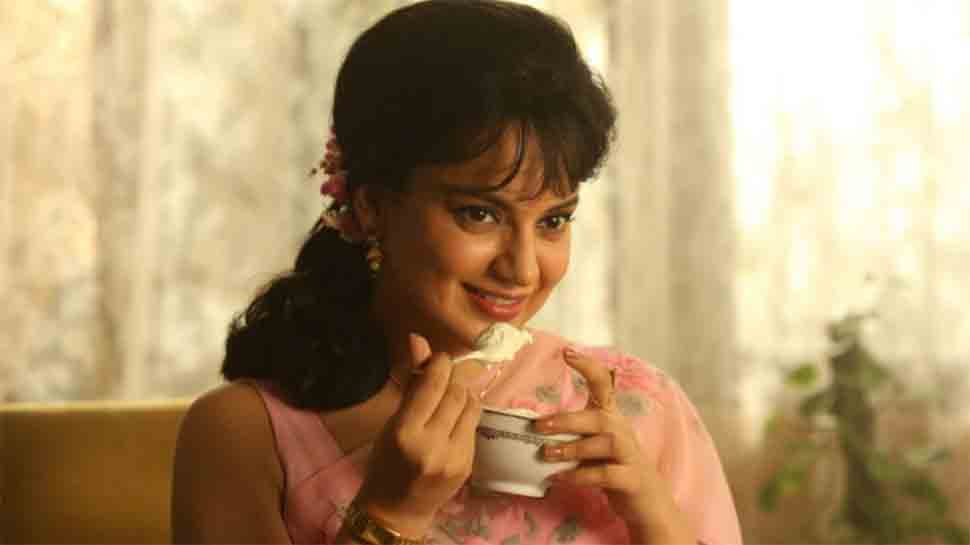 MUMBAI: The makers of actor Kangana Ranaut's upcoming biopic 'Thalaivi' on Friday (April 9) announced they have deferred the release of the film due to the surge in coronavirus cases across India.

The multilingual biographical film is based on the life of J Jayalalithaa, the late actress-turned politician who served six times as the Chief Minister of Tamil Nadu. The film was scheduled to release in theatres on April 23, 2021. 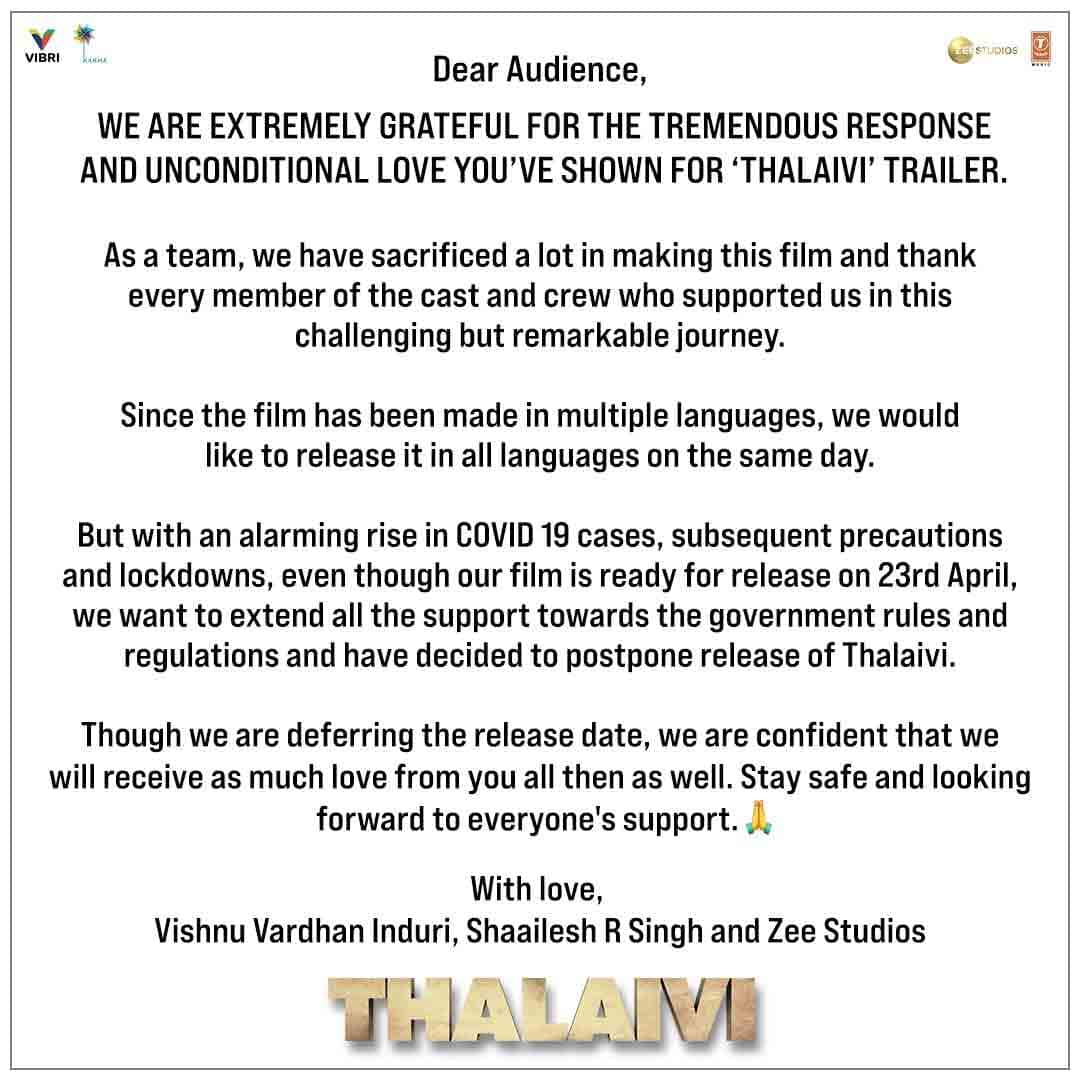 In a statement posted on Twitter, production house Zee Studios said the team has decided to push the release as people's safety is their priority. "Since the film has been made in multiple languages, we would like to release it in all languages on the same day. But with an alarming rise in COVID-19 cases, subsequent precautions and lockdowns, even though our film is ready for release on 23rd April, we want to extend all the support towards the government rules and regulations and have decided to postpone release of 'Thalaivi,'" the statement read. 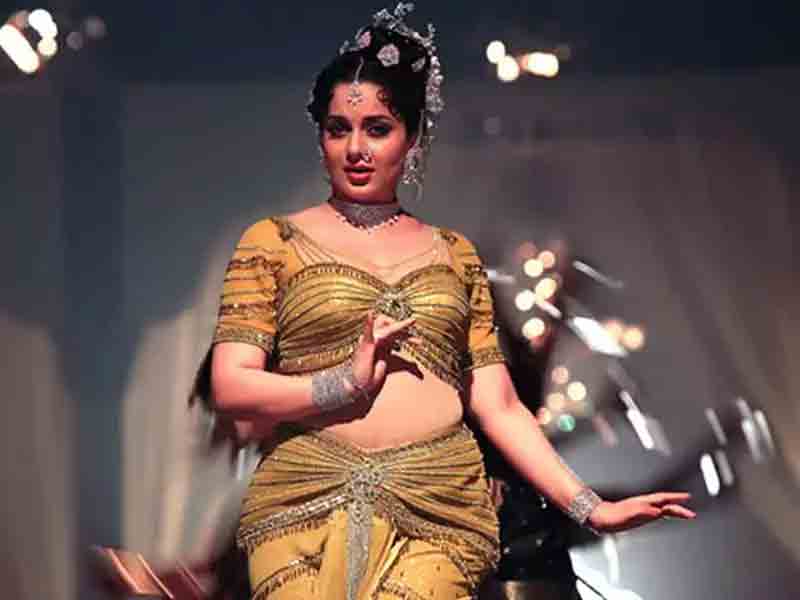 Earlier this week, the makers of Akshay Kumar-starrer 'Sooryavanshi' also announced that the cop-drama has been pushed and will not be released on April 30 due to the surge in COVID-19 cases.