The couple were set to reunite onscreen after a gap of eight long years. 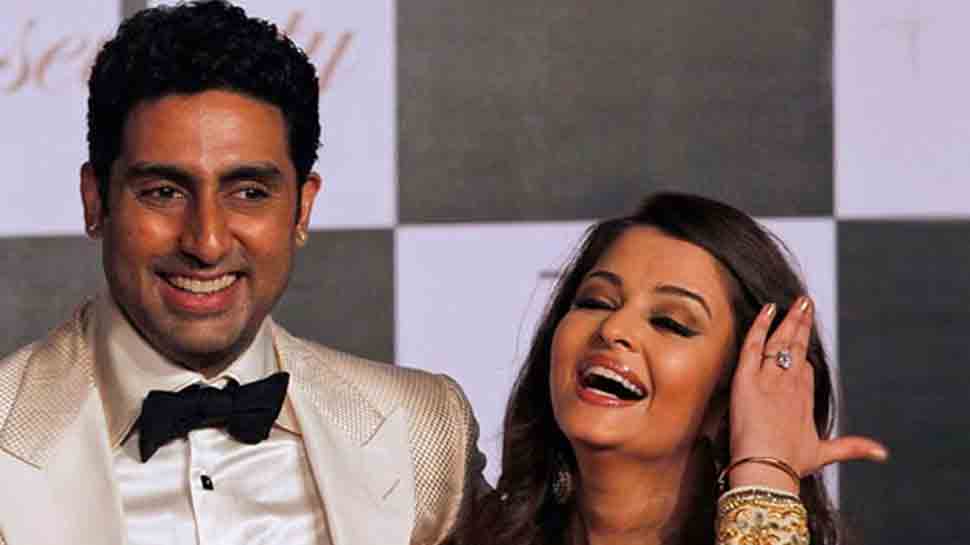 New Delhi: Speculations of Bollywood's IT couple Aishwarya Rai Bachchan and Abhishek Bachchan teaming up for Sarvesh Mewara's 'Gulab Jamun' have been there for almost a year. The couple was last seen in Mani Ratnam's epic adventure 'Raavan' and were supposed to reunite after eight long years.

As per media reports, 'Gulab Jamun' was scheduled to go on floors in January 2019.

However, if the latest reports are anything to go by, both Abhishek and Aishwarya have changed their mind and have walked out of the project. The reports came days after Abhishek stated during a media interaction last year that they are keen to work for the film.

According to reports, both Abhishek and Aishwarya were keen to take up the project. But they suggested certain changes in the script. While the things were being worked out, the couple seem to have a change of their mind and decided to leave the project. They have also reportedly conveyed it to the team that they would no longer be the part of the film.

However, the report further stated that it remains unknown why they decided to opt out of the project.

Speaking of 'Gulab Jamun', the film was to be produced by Anurag Kashyap and backed by Madhu Mantena and Reliance Entertainment.

Earlier, while speaking to Mid-Day, Aishwarya confirmed signing 'Gulab Jamun' as she stated, "AB and I have agreed to do Gulab Jamun. I told AB that he needs to decide what he wants to do after Manmarziyan," says the actor, adding that the project was offered to them one-and-a-half-years ago. "We had agreed on the idea then. However, it was around the same time that AB decided to take a time-out. After the hiatus, he returned with Manmarziyan, which coincidentally is directed by Anurag Kashyap. That's when the chatter around Gulab Jamun began again, and we finally came on board. It is a beautiful script, and we fit the narrative perfectly."

On the work front, Abhishek is also set to make his digital debut as he will soon start shooting for the second season of Amazon's web-series 'Breath', co-starring Amit Sadh. He was last seen in Anurag Kashyap's 'Manmarziyaan', which received positive reviews from the critics but failed to perform at the Box Office.