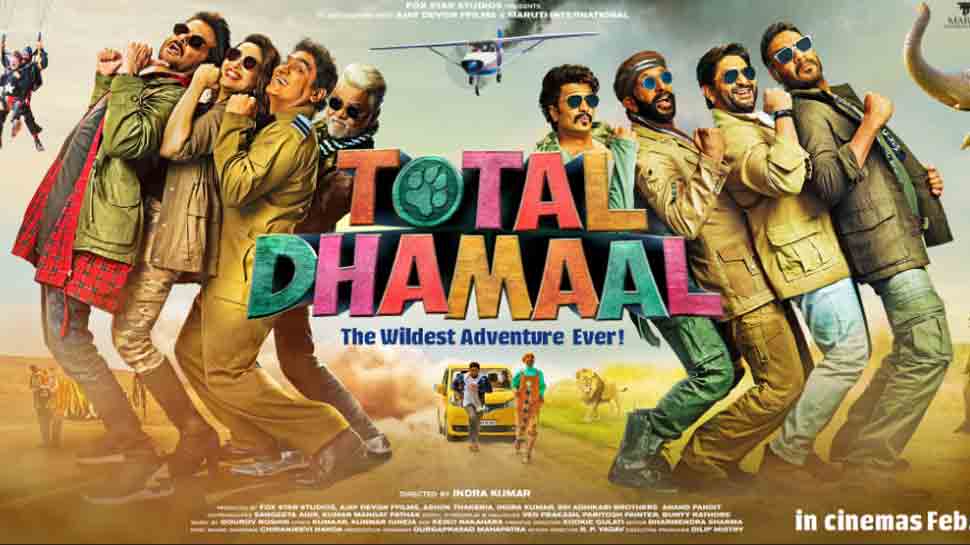 New Delhi: The team of 'Total Dhamaal' has kickstarted it film promotions. On Friday, they dropped the first poster of the film on social which was jam-packed with actors. And now, a day later, they have come out with the second poster of the film.

And just like the first poster, this one too shows the cast dressed up in similar Khaki outfits and cargo pants. However, this time, they have separated into teams and are heading to two different directions. Confusing? Take a look at the poser, shared by director Indra Kumar.

"Get ready for the wildest adventure of the year!  #TotalDhamaal trailer out in just 2 days!," Indra wrote as he unveiled the film poster.

However, it is to be noted that the poster still misses some of the prominent names from the cast. The film also stars Esha Gupta, besides Mahesh Manjrekar, Boman Irani and Sonakshi Sinha.

As per Riteish Deshmukh, when he was approached with the film, he didn't even read the script and gave his nod to it. And he says it was because he was keen to share the screen with Anil and Madhuri. The film is high on the buzz word as veteran actor Anil Kapoor and Madhuri Dixit will be seen on-screen after a long hiatus.

Earlier, it was reported that Ajay and Sonakshi Sinha are recreating the iconic 'Mungda' song featuring Helen for the film. The song will be a duet towards the end.

The film was initially slated to release on Diwali and was about to clash with Aamir Khan starrer 'Thugs of Hindostan', reports suggested. But the makers chose to push the film’s release by about a month to garner better response at the Box Office. The film was set to release worldwide on December 7, 2018 but due to extended VFX work the release date has been pushed back to February 2019.