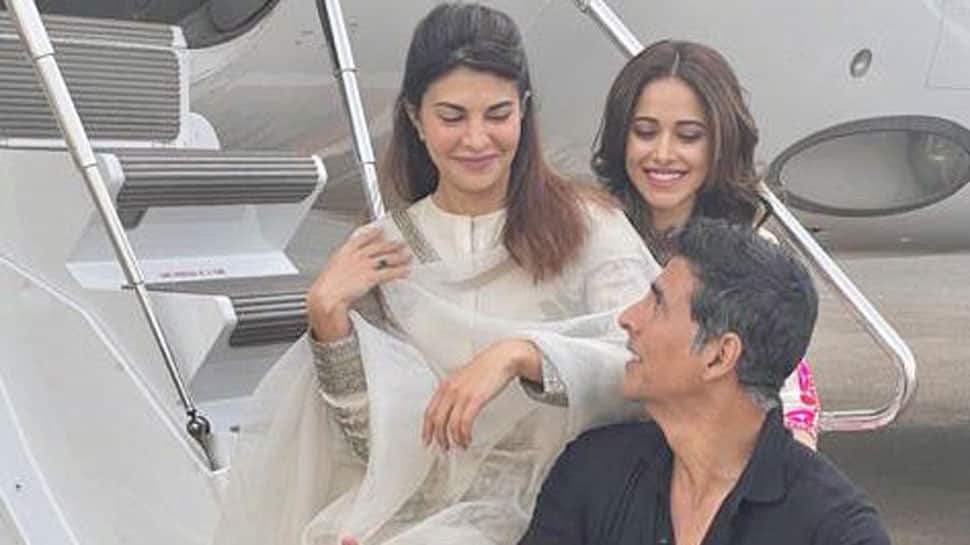 New Delhi: Bollywood superstar Akshay Kumar along with his leading ladies Jacqueline Fernandez and Nushrratt Bharuccha flew to Ayodhya this morning. The trio will be shooting the Mahurat shot there.

Akshay Kumar took to social media and shared the good news with fans. He also dropped a picture where the trio can be seen sharing a candid moment right in front of the aircraft.

The film carries a power-packed star cast led by superstar Akshay Kumar and featuring Jacqueline Fernandez and Nushrratt Bharuccha. Following its theatrical release, Ram Setu will soon be available for Prime members in India and in more than 240 countries and territories.

"The story of Ram Setu is one that has always intrigued and inspired me: it represents strength, bravery and love, and uniquely Indian values that have formed the moral and social fabric of our great country. Ram Setu is a bridge between generations past, present and future.I look forward to telling the story of a significant part of Indian heritage, especially for the youth and I am happy that, with Amazon Prime Video, the story will cut across geographies and strike a chord with viewers across the world", said Akshay.