The John Abraham's starrer made a decent opening on the Box Office, collecting almost Rs 14 crore on the first day of its release. 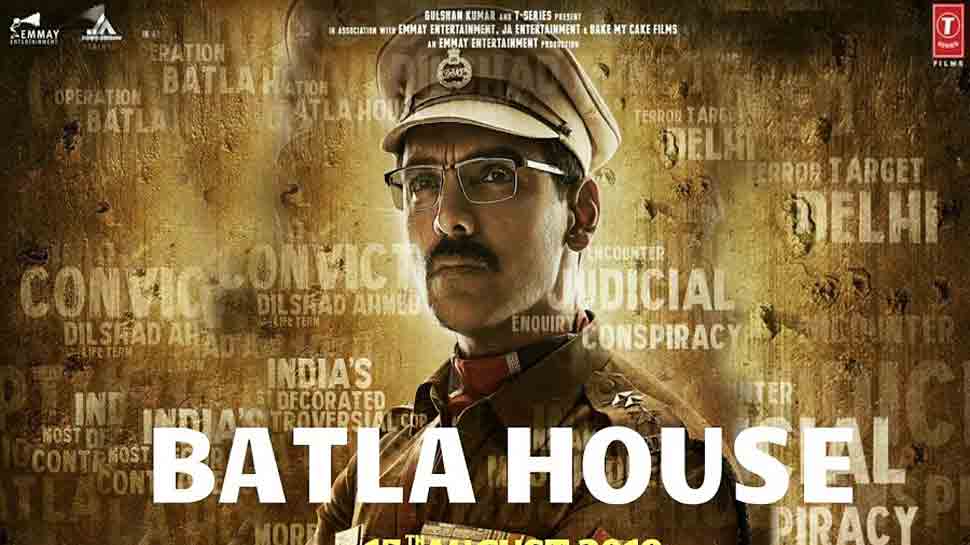 New Delhi: John Abraham's latest release 'Batla House', which is based on the 2008 Batla House encounter, managed to attract footfall at theatres on the first day of its release. The Nikkhil Advani's directorial arrived in theatres on Independence Day and despite facing tough competition from Akshay Kumar's 'Mission Mangal', fared well on its opening day.

And although its collections were hampered due to 'Mission Mangal' arriving in theatres on the same day, the John Abraham's film had an impressive start on the ticket window.

The 'Parmanu' actor is seen portraying the role of Sanjeev Kumar Yadav, who spearheaded the 2008 Operation Batla House encounter. As the tagline suggests 'The Story of India's Most Decorated/Controversial Cop', the case was about the one man who has had 70 encounters, a record 22 convictions in 30 cases and nine Gallantry Awards.

This is John and Nikkhil Advani's third collaboration after 'Salaam-E-Ishq' and 'Satyamev Jayate'.

On the other hand, 'Mission Mangal' made a fantastic start at the Box Office as it minted Rs 29.16 crore on its first day.