The trailer of the Salman Khan and Aayush Sharma-starrer 'Antim: The Final Truth' will release on October 25 at 6 pm on YouTube. 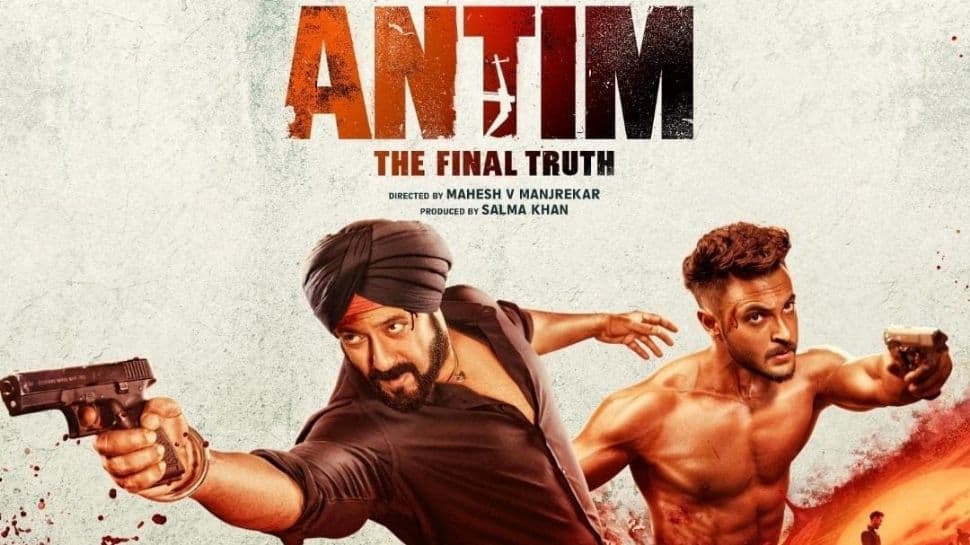 New Delhi: The makers of  'Antim: The Final Truth' are all set to release the trailer of their film to the keenly awaiting and high on anticipation audiences.

Ever since the announcement of Salman Khan and Aayush Sharma's collaboration in the motion picture, the audience has been eagerly and loyally waiting for some glimpses into the world of Antim and its characters.

The motion posters released unveiling the characters of Aayush as Ruhulia and Salman as Rajveer has already created a frenzy among the audience and fans.

The response from the audience to the posters of the film has been well beyond phenomenal, making the film track at the top spot on IMDB.

Now, the audience will get a deeper look into the 'Antim' world today evening. The trailer is sure to have a mass appeal to it, with all the factors of it being a 'dhamakedar masala' which is assuredly going to be a hit among the anticipating fans and audience.

The trailer will be launched at a mega event in Mumbai, where the star cast of the film will be unveiling the trailer in presence of media and fans. It will also be screened simultaneously in Indore, Gurugram and Nagpur on their respective PVR screens.

The film will be theatrically worldwide released by Zee Studios on November 26.