"When eyes do the talking. Presenting 'Naina Yeh', a beautiful and romantic number from 'Article 15'," Ayushmann Khurrana tweeted. 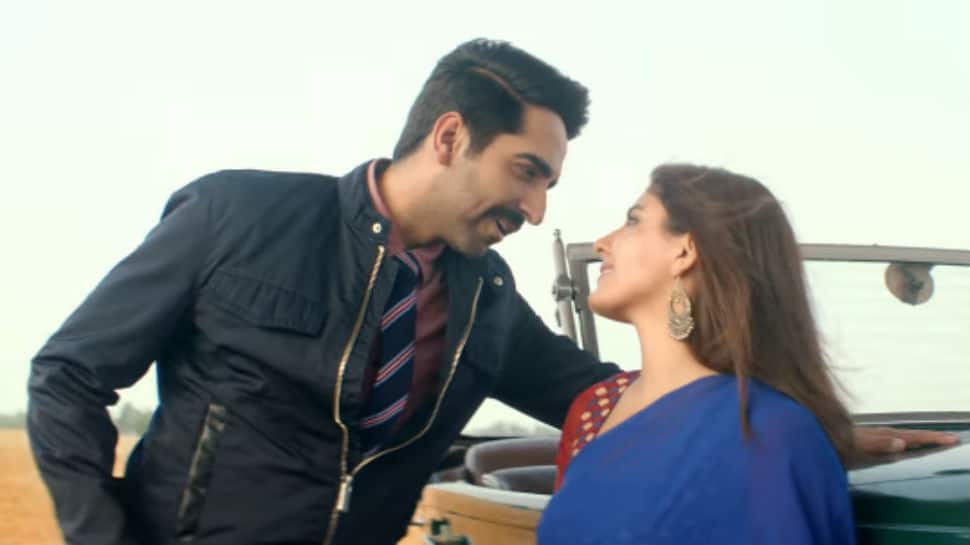 New Delhi: After a hard-hitting rap `Shuru Karein Kya` from the film `Article 15`, another soulful track from the film has been released today.

Ayushmann Khurrana, who is playing a cop in the film, shared the romantic song on his Twitter account.

"When eyes do the talking. Presenting #NainaYeh, a beautiful and romantic number from #Article15," he tweeted.

The number features Ayushmann and Isha Talwar romancing each other at picturesque locations. The song gives off a retro vibe with the duo romancing in a wheat field where Ayushmann can be seen singing for his coy ladylove. Penned by Rashmi Virag, the song has been crooned by Yasser Desai and Aakanksha Sharma. It has been composed by Piyush Shankar.

The trailer of the film, which was released some time back, narrates the hard-hitting tale of honour killing and feckless attitude of the police in dealing with the matter.

The film, produced by Benaras Media Works, is slated to hit the theatres on June 28.