Let alone reach the dark peaks of Robert Altman's classic, 'Barot House' struggles with budgetary constraints and limitations of imagination. Both deficiencies clearly show up in the end product. 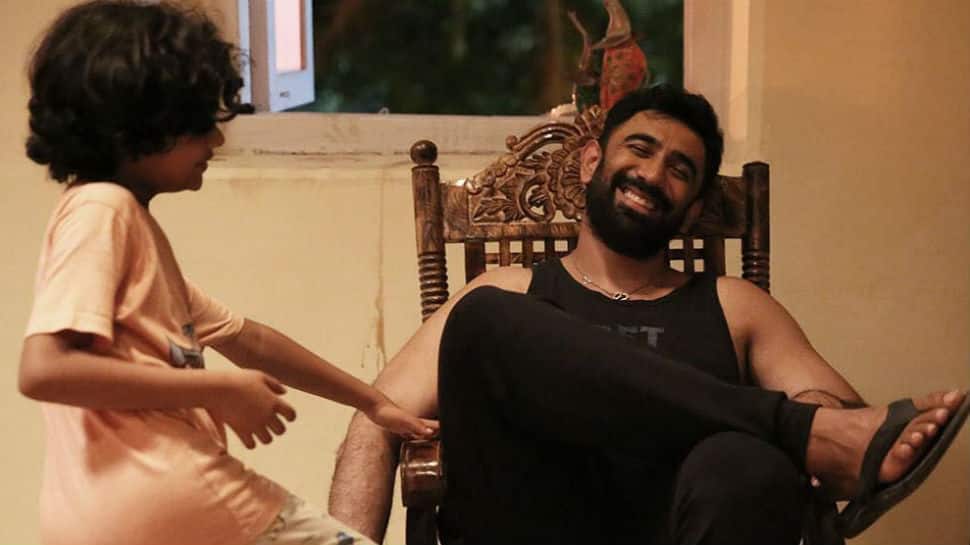 As a parable on violence and crime, "Barot House" seems too unambitious to be markedly effective. But there is a certain amount of shock value in the plot, as one of its central characters is a juvenile psychopathic serial killer.

Writer Sanjeev K. Jha, who wrote "Jabariya Jodi" (which opened to mixed response this week), makes use of the horror-supernatural genre to bring into focus an undeveloped theme -- that of severe juvenile delinquency.

What does a young father of four kids do when he suddenly discovers that his only son, the nine-year-old Malhar, has been bumping off his little sisters one after another? Should Amit(Sadh) call the cops to take away their only remaining progeny? Or should he make the sinister boy understand that head-hunting is not for kids, so why don't you go out and play with kids?

In "Barot House" the stakes are never simple. For a good part of this bad-karma plot the camera wobbles and shakes its way through a series of half-baked episodes, rounding up the suspects with a twist in the second-half that I am afraid I saw coming. The suspects, I might add, are hardly guilt-driven. One of them is a neighbour with no seeming grudge except a dog that died mysteriously.

In "Barot House" the absurdities abound. Yet there is a tantalising tendency to suck us into the world of this doomed family where the scion is a serial assassin.

Amit Sadh, one of our most underutilised actors, pulls out all stops to play a man who rapidly loses hope of a normal family wife. He portrays a confused man toppling over the brink with frightening clarity. Manjari Fadnis has some meaty scenes where she has to depict the bereaved mother's grief. She does it well. But like most of the other emotions in the film, her grief remains disconnected from the grisly goings-on in her house.

I am afraid -- "very afraid" -- that the child actor Aaryan Mengji who plays the coldblooded serial killer, is the scene-stealer of this supposedly steely but ultimately plastic thriller. Aaryan with his curly hair and fanatical beats on the tabla (which earn him the nickname 'Zakir' from the other characters) and his sly diabolic evil smirk, is chilling to the bones. He could be the devil's avatar. Mercifully the plot avoids the supernatural angle. Its biggest draw is its ability to seek the scary in a normal household.

Aaryan's performance helps fill up the black spaces in the screenplay. The Barot family's predicament never attains the immediacy and urgency it should have. The very thought of three daughters being bumped off by their brother is nerve-wracking, yet I never felt the chilling vibes I should have.

The 90-minute film is shot in plot-friendly locations, but the images and visuals are more often tacky then eerie. The supporting cast is clearly out of its depth. The empathy of the cop on duty and later the remand-home official is handicapped not so much by the devious mind of the young killer as by the rather sloppy treatment of a subject that had the potential to be India's "The Delinquents".

Let alone reach the dark peaks of Robert Altman's classic, "Barot House" struggles with budgetary constraints and limitations of imagination. Both deficiencies clearly show up in the end product.