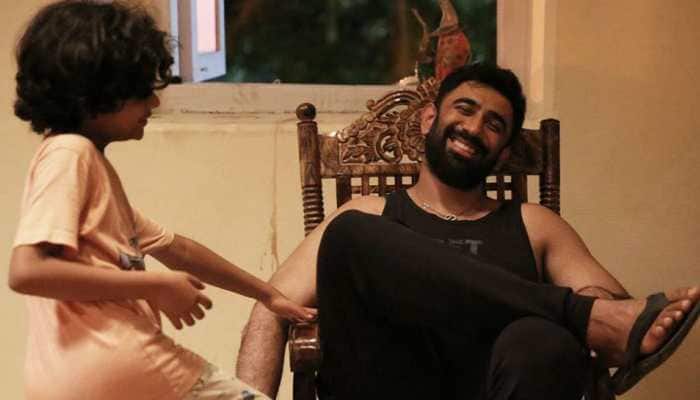 Let alone reach the dark peaks of Robert Altman's classic, 'Barot House' struggles with budgetary constraints and limitations of imagination. Both deficiencies clearly show up in the end product.

Slasher movies work best on terra-firma where girls in a state of disrobed desperation make a dash for safety. Alas, here the characters have nowhere to run to. Neither do we.

Actress Manjari Phadnis has revealed that she plays a hydrophobic in the upcoming 3D underwater film `Warning`. She says her fear of water is an important element in the film.

Actress Manjari Phadnis, known for her girl-next-door performance in `Jaane Tu... Ya Jaane Na`, will be seen donning a desi avatar in her forthcoming movie `Grand Masti`.

Manjari Phadnis, best known for her girl-next-door performance in 2008 release `Jaane Tu... Ya Jaane Na`, says that after donning a bikini for 3D underwater film `Warning` and being part of sex-comedy `Grand Masti`, she has got rid of her inhibitions.

A slew of bold roles have made Manjari Phadnis shameless

Manjari Phadnis says that after donning a bikini for 3D underwater film `Warning` and being part of sex-comedy `Grand Masti`, she has got rid of her inhibitions.

The shooting of Shreyas Talpade and Manjari Phadnis-starrer ‘Wah Taj!’ has been wrapped up and the makers are happy that the director canned the film within schedule.

Manjari Phadnis, seen in an important role in 2008 hit ‘Jaane Tu...Ya Jaane Na’, loves Bollywood and gets upset when people badmouth the industry.