Bhumi reveals that 'Bala' is trying to give out aloud an important social message that self-respect and self-love are extremely important in a judgmental, myopic visioned society. 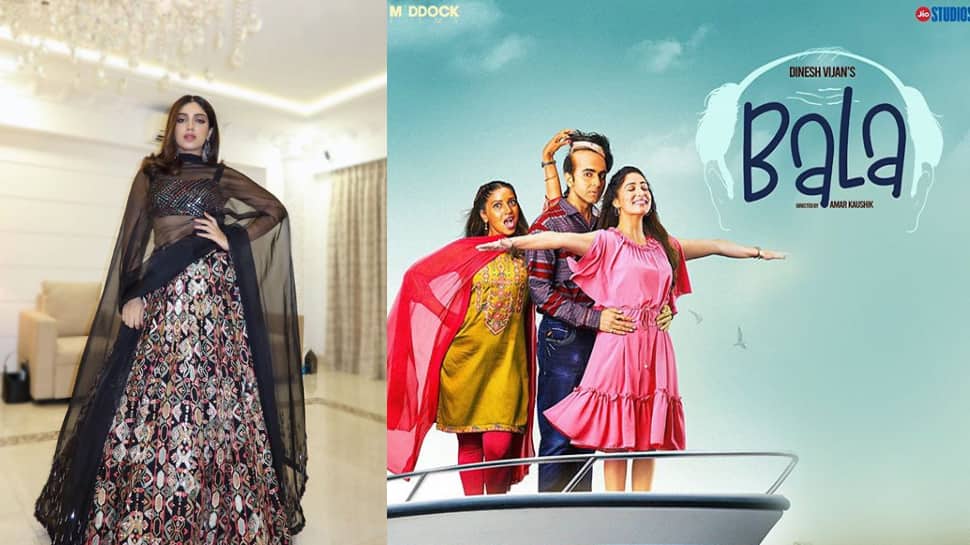 New Delhi: While Ayushmann Khurrana battles premature balding in his upcoming release 'Bala', Bhumi Pednekar will be seen combating societal wrath coming her way in the film as she plays a dark-skinned girl. Pednekar, who has essayed distinguished roles in her past films like 'Dum Laga Ke Haisha' and 'Toilet: Ek Prem Katha', once again has picked up the baton to spread yet another social message with 'Bala'.

"I realised from my first film that the kind of cinema I really like being a part of has to be entertaining. It has to be fun, quirky, it really needs to take my audience through a journey full of emotions but at the same time it needs to leave them with a thought and this is the precise reason why I selected 'Bala'. My character deals with the colour bias that exists in our country."

Bhumi reveals that 'Bala' is trying to give out aloud an important social message that self-respect and self-love are extremely important in a judgmental, myopic visioned society.

"My character is a dark-skinned but extremely beautiful girl. She is very confident, she is everything, and she is perfect. But people around make her feel like she is just not complete because of the lack of awareness that our country has," said the 30-year-old actor."Just the obsession with fair-skinned people - I mean if you look around you will see advertisements of fairness creams, if you look at matrimonial ads - there is a constant need of a fair girl, they need a girl who is thin, tall and obviously fair," continued Bhumi.

The 'Saand Ki Aankh' star also hopes to fight this mindset that society has for dark complexion."As a society, we have set such wring benchmarks, these incorrect moulds about the perfect definition of beauty. And I have personally taken it upon myself to break the definition of beauty because beauty is very subjective. It is very unique to each person. God has made each of us differently and we need to accept ourselves. And that is what 'Bala' is about. The movie is about self-respect and self-love and when I read about the script there was something that instinctively connected with me," she said.

Bhumi also talked about her character Latika in 'Bala' and how she made efforts to change the mindset of people about conventional beauty.

"My character Latika, she is an orphaned and lives with her aunt. Her aunt is a very open-minded person but I think Latika is just a confident girl who always has her defences up. She is a lawyer. The reason she is like this is that ever since she was a child, people teased her for her colour and she has been called names and humiliated her by saying really derogatory things," she said."I think that is why she has taken it upon herself in the film to kind of set things straight in this really flawed society.

The whole idea of ugly being associated with the word dark is something the film will try and demolish" added the actor.

Vivek Agnihotri to start shooting for 'The Kashmir Files'