Veteran actor Dimple Kapadia's nephew Karan is making his Bollywood debut with "Blank" and he feels overwhelmed with the presence of two big stars - Sunny Deol and Akshay Kumar in the film. 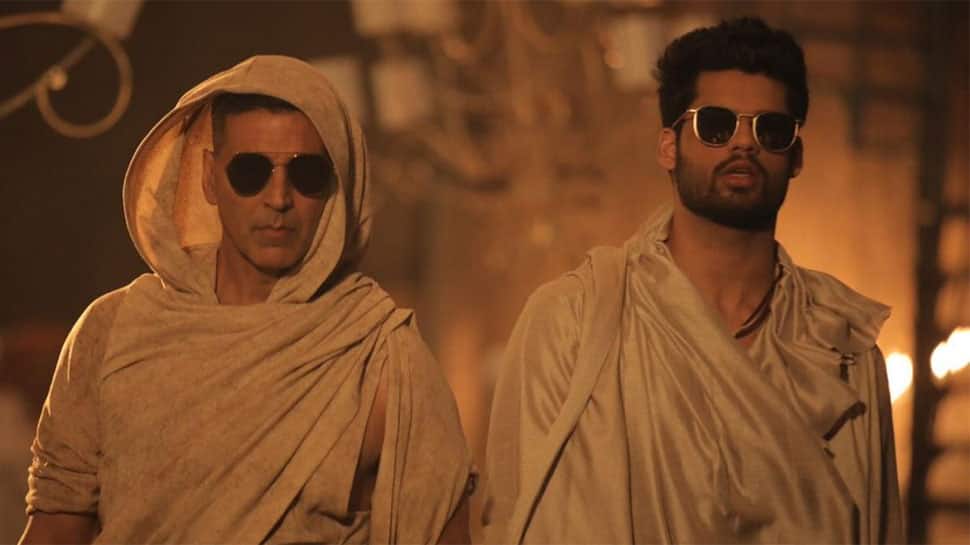 Mumbai: Veteran actor Dimple Kapadia's nephew Karan is making his Bollywood debut with "Blank" and he feels overwhelmed with the presence of two big stars - Sunny Deol and Akshay Kumar in the film.

In "Blank", Deol plays the role of an ATS chief on a mission to neutralise a suicide bomber (Karan). His brother-in-law actor Akshay, on the other hand, gave his support through a special song in the film.

"When I signed the film in 2016, Sunny sir was not a part of it at that time. It was a small film then. Now it has become a big film due to Sunny sir and Akshay sir. It is incredible. I had never imagined it this way," Karan told PTI.

"I am a first-time actor, Behzad Khambata is a new director and you need someone of that kind of experience. It also helps you workwise. They have loyal, die-hard fans and that too helps in getting attention," he said.

Karan's mother, late actor Simple Kapadia, was also a costume designer on some of Deol's films.

"From being a kid on his sets, when he was at the peak of his career, to now sharing a frame with him, it was all surreal. I was very nervous when I was doing the first scene with him. I can say that he elevates the film to another level, his presence just adds up," he said.

Talking about the high-energy number Akshay shot for "Blank", Karan said, the song was initially not a part of the plan.

"He was really proud of what I had done and said this was his way of wishing me luck. We never saw it coming," he added.

Karan, who plays the role of an antagonist in his debut, says the film came to him at a time when he was eagerly waiting for an opportunity.

"I had decided that I will act in films when I was 11. At 15, I started working towards it. I dropped out of a BMM (Bachelor of Mass Media) course. I had thought about going to New York and studying acting in a film school but things did not work out.

"I was asked to assist on 'Boss' (starring Akshay). Also, I went for auditions but they are tricky as you don't get the parts you want to do. I was assessing my options on what to do next. I had even thought of going to south for auditions."

He trained at Barry John Acting Studio and later went to Jeff Goldberg Studio, he said.

"I believe one learns more on sets and from experience. I assisted on films, went for auditions to gain as much knowledge as possible. For this film, I had two years to prepare and construct my character with the help of my director."

The newcomer said he deliberately chose not to seek help of his cousin Twinkle Khanna and Akshay.

"I have had a regular childhood. I have stayed away from everything. I never told my family to launch me. I wanted to do it on my own and I knew it is going to be a struggle. I did not get launched, I got a break. These two things sound similar, but they are different."

"Blank" is slated to be released on May 3.