Bollywood films that touched upon terror attacks and Indo-Pak war

The bravery of the Indian Army, the patriotic fervor and the overall atmosphere of war has been captured aptly in some films. 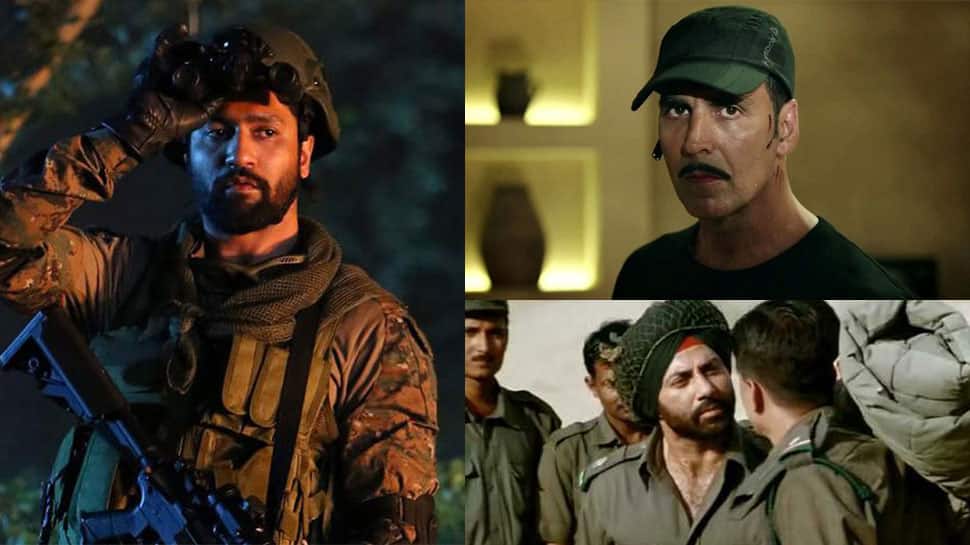 New Delhi: The nation stands in angst over the Awantipora terror attack that resulted in death of at least 44 jawans. On Thursday afternoon, a Jaish-e-Mohammed suicide bomber rammed a car loaded with explosives into a Central Reserve Police Force (CRPF) bus in Jammu and Kashmir's Awantipora. Many celebs from the film industry have expressed their anger over the 'cowardly attack'.

There are a number of Bollywood films that touched upon the theme of terror attacks and Indo-Pak war.

The bravery of the Indian Army, the patriotic fervor and the overall atmosphere of war, a mix of courage and tragedy, violence and love, has been captured aptly in some films.

Have a look at the below-mentioned movies:

Vicky Kaushal and Yami Gautam's 'Uri: The Surgical Strike' is the latest film to touch upon the subject of terror attacks. The film is based on the surgical strike carried out by Indian armed forces on terrorist launch pads at the Pok. Indian soldiers' bravery is beautifully captured in the film. It released on January 11, 2019.

Released in the year 2015, 'Baby' is an action spy-thriller film and is based on the last mission of 'Baby', which was a temporary task force with the agenda of finding and killing terrorists planning attacks on India. Akshay Kumar plays the lead in the film while Taapsee Pannu, Rana Daggubati, Danny Denzongpa, Anupam Kher and Kay Kay Menon play supporting roles.

Based on the aftermath of Mumbai 26/11 attacks, the film stars Katrina Kaif and Saif Ali Khan in lead roles. Kabir Khan directed the film and it released on August 26, 2015.

This is perhaps the most detailed film on the Kargil War of 1999 and also has a massive running time of four hours and fifteen minutes. As can be inferred from the duration of the movie, it is the most accurate, heart- touching and thrilling depiction of the struggles of Indian soldiers at Kargil and their efforts to bring down the Pakistani intruders.

Based on the Battle of Longewala during the Indo-Pak war of 1971, JP Dutta's 'Border' will forever evoke the spirit of nationalism. The film starred Sunny Deol, Sunil Shetty, Akshaye Khanna and Jackie Shroff in important roles. It released in on August 13, 1997.

One of the most iconic films based on India-Pakistan partition, 'Gadar' told the tale of Tara Singh, a bus driver who falls in love with Sakina (a Muslim girl). The film starred Sunny Deol and Amisha Patel in lead roles. Actor Amrish Puri played the role of Sakina's father.