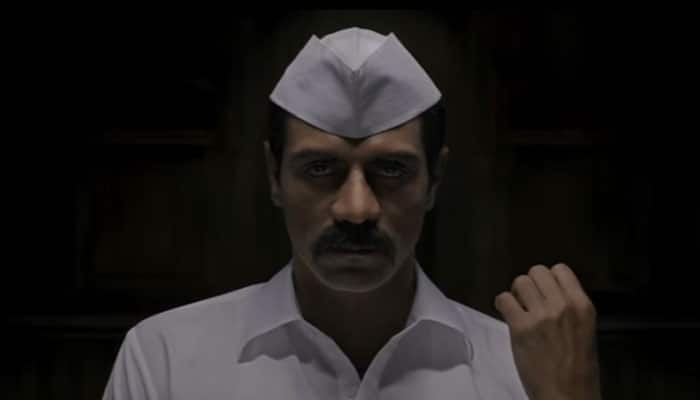 It's a no mean task to portray the real-life story of a powerful personality who happens to be a gangster-turned-politician in our country. Filmmaker Ashim Ahluwalia does the exact. The political crime thriller 'Daddy' is based on the life and times of Arun Gulab Gawli—the Robinhood from Mumbai's Dagdi chawl.

The titular role of Gawli is played by Arjun Rampal in the flick. Who at first would have thought that the model-turned-actor will actually fit the bill? But we must say, he does a fab job and how!

Arjun as Gawli is not just convincing but also impressive in the way he mastered the latter's walk, accent and even small gestures. Gawli's Mumbai dates back to the 70s when Underworld was gaining ground and the financial hub of the country was in its claws.

The narrative moves in constant flashbacks where his entire journey—right from his chawl days, robbery, killings to being a changed man has been captured. We are told that people choose a particular path in life depending on their circumstances. So, Gawli became gangster because of poverty and the kind of company he was in.

The supporting cast  - Nishikant Kamat, who played Inspector Vijaykar Nitin portrays his part with utter perfection. Right from his Marathi to cutting expressions, everything is noteworthy. Besides, actors who played Rampal's friends from youth days Anand Ingale (Babu Reshim), Rajesh Shringarpure (Rama Naik) and Purnanand Wandekar (Vijay) too will leave a lasting impression on viewers minds.

Aishwarya Rajesh plays Asha Gawli, Arjun's better half and although she has limited opportunity to play with histrionics, she looks restrained in her part. Coming back to the real-life inspired story of 'Daddy', multi-talented actor Farhan Akhtar too has an important part to play in the venture.

Farhan plays Maqsood, the 'Bhai' who masterminds everything from one corner of the world and later leaves the country fearing TADA charges. There are subtle references to Dawood Ibrahim but his name has not been used directly.

Arun Gawli became 'Daddy' at a critical juncture in his life and how a local gangster from 70s and 80s was hailed as the Robinhood of Dagdi is what this film tells you. There are many facts presented in the way which will leave you thinking about the kind of nexus that exists between the police and the politicians or gangster for that matter, but answers we get not.

We have been shown the personal life of 'Daddy' and how he tried a couple of times to lead a normal life sans guns, goons and bloodshed but could not. There are not many songs in this crime drama and thankfully so.

Background score by Sajid-Wajid keeps up the momentum going for gangster genre. There are bullets flying, blood bath and killings can rattle you while watching 'Daddy' but then reality is always scarier than the reel.

Gawli was sentenced to life imprisonment by the court in August 2012 while he continues his fight and claims innocence.

This might not be a perfect high-octane action-infused gangster flick but if biopics interest you, go for it!

Baadshaho: Here’s how much Ajay Devgn’s heist drama has minted so far