Although there is a plethora of great music in the film, something that lacks melody is the script and we will tell you how. 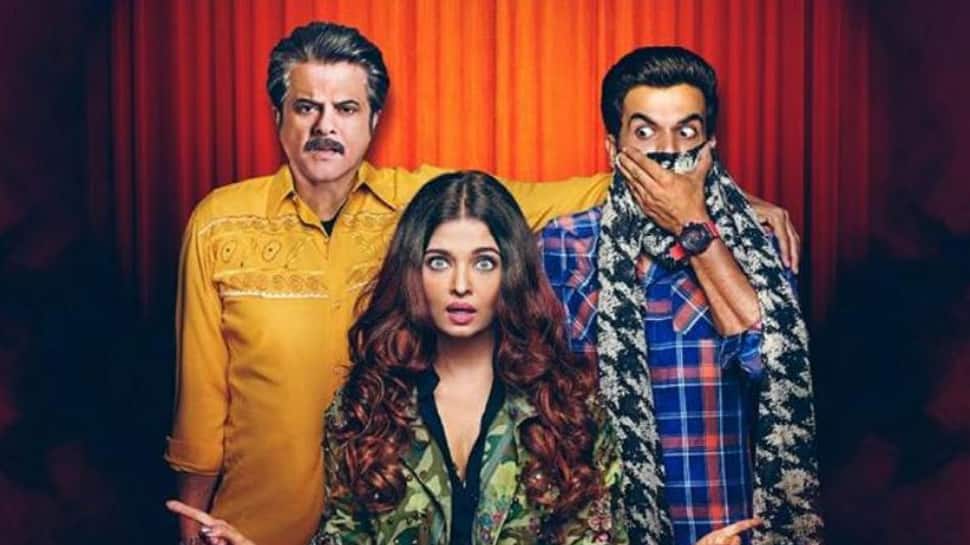 New Delhi: Not everyone can afford to dream but when one does one makes sure to turn it into a reality despite the hardships that block its way and Fanney Khan tries to state just that.

Atul Manjerkar's melodious drama stars the ravishing Aishwarya Rai Bachchan, Anil Kapoor and Rajkummar Rao in lead roles. Although there is a plethora of great music in the film, something that lacks melody is the script and we will tell you how.

The film features Anil Kapoor as a simpleton who leads a normal life in a chawl and has dreams like any normal man but things go out of hand when he takes a rather foolish step to accomplish his dreams. He functions under his moniker Fanney Khan but on serious occasions, he is addressed by his real name Prashant. A fifty-something aspiring singer who doesn't aspire for himself anymore is happy being the pop-icon of his chawl. Fanney wishes to launch his daughter's music album, whom he had named Lata and equates her with the living legend Lata Mangeshkar in his head. Being just a taxi driver, Fanney realises that his dreams are bigger than his pockets and that's when he takes a drastic step and kidnaps the soloist Baby Singh (Aishwarya Rai Bachchan).

The story deviates from the usual middle-class realistic angle and becomes 'filmy' in its true sense. Prashant cajoles his friend Adhir (Rajkummar Rao) to help him in the kidnapping act and a reluctant Adhir gives in. The two play the naive kidnappers and 'lack' the basic etiquette of a kidnapper, so much so that Baby who has been kidnapped ends up giving them the basic instructions.

Humour blends perfectly well with the way story proceeds but Rajkummar Rao as Adhir is completely under-utilised in the film. One would not expect such a treatment to an actor of his calibre. Aishwarya too is as underutilised in the film as her so-called love interest Rajkummar is. She plays a typical over-dressed superstar who throws starry tantrums. Her over-the-top blingy outfits weigh down her real beauty and the viewers are left with no choice but to sit through the whole Baby-Adhir act.

On one hand, where everyone was looking forward to the unusual pairing of Ash and Rajkummar, there was little or no romantic angle that could please the viewers. But despite the way, the A-listers were treated in the film, it's their impeccable acting that made a superfluous script into an entertaining watch.

Other class acts to forward to are of Divya Dutta and Pihu Sand. Divya as the quintessential mother Kavita remains pragmatic all through the film and doesn't turn a deaf ear to 'reality'. She is relatable, she is supportive, she is the mother that lives in every house. Pihu as Lata Sharma's slightly plump figure invites body-shaming everywhere she goes but it's her father's determination and her sheer confidence that leads her towards victory. Pihu and Divya are the unsung heroes of the film, who are very natural actors and are not marred by pretence.

Fanney Khan makes for a good watch only if you are ready to let go of your expectations given the fact that the film stars some of the most talented set of actors. It tries hard to hit the right chord but goes completely out of tune.