'Gone Kesh' actors open up about concept of beauty

Shweta Tripathi and Jitendra Kumar, lead actors of the forthcoming film "Gone Kesh", say the concept of beauty needs to be redefined. 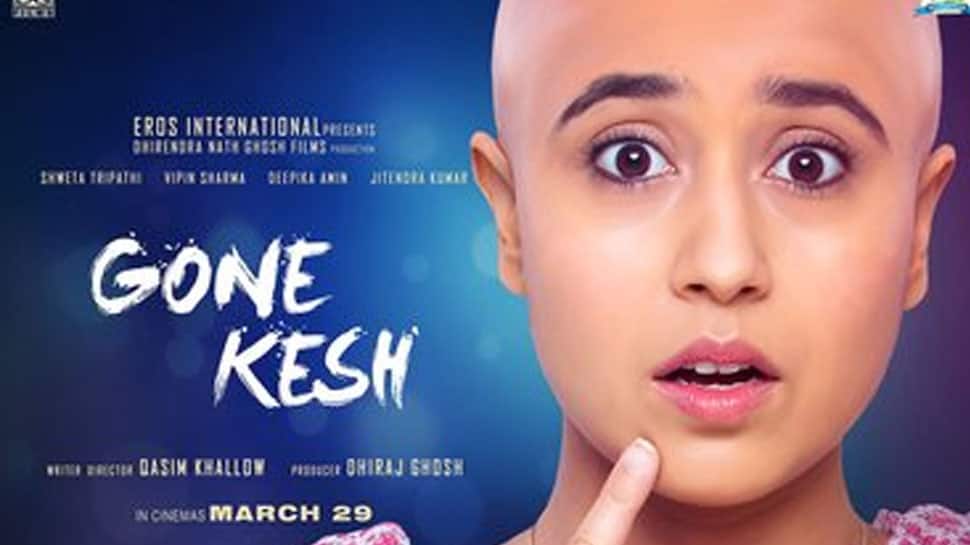 Mumbai: Shweta Tripathi and Jitendra Kumar, lead actors of the forthcoming film "Gone Kesh", say the concept of beauty needs to be redefined.

Talking about the film, Shweta told IANS: "This is a high time that we celebrate the uniqueness of people rather than making them feel small for what they do not have. The concept of beauty needs to be redefined. This film celebrates that thought."

Jitendra said: "When we look at any individual first time, of course, we notice the appearance. But for me, it is more to do with how you conduct yourself. For me, personality matters more than looks. The concept of beauty has nothing to do with complexion, hair or height. It is the individuality that makes people interesting and beautiful."

The story of the film revolves around a young woman named Enakshi (played by Shweta) who wants to be a dancer but one fine day she gets to know that she is suffering from alopecia, a condition in which the person suffers from hair fall.

On his character, Jitendra said: "I am playing a young guy named Sanjay who is Enakshi`s schoolmate. Later, they start working together in the same office. Though he had a crush on her, he could not tell her. When Enakshi gets alopecia, and her family and society started worrying about her marriage, Sanjay plays an important role in handling the situation."

The film, produced by Dhiraj Ghosh, is directorial debut of Qasim Khallow.

"When a bald man walks on the road, nobody would stare at him. Rather bald is considered to be handsome, glamorous for men. For women, it is just the opposite. I think if a girl can walk down the street flaunting her head (if she is bald) with confidence, the perception will change, it is bound to change," said Shweta.

Jitendra thinks it is the confidence that matters. "I don`t think one film can change the perception of people overnight, but it will start a conversation. If a girl embraces her appearance and flaunts it, instead of pulling her down, let`s encourage her courage."

"Gone Kesh" is releasing on Friday.

Lucky to be famous for Harry Potter, says Daniel Radcliffe