The wait is finally over for all the Shehnaaz Gill fans. As the trailer of her much-awaited film ‘Honsla Rakh’ alongside Diljit Dosanjh has finally launched and this girl is killing it with her acting skills. 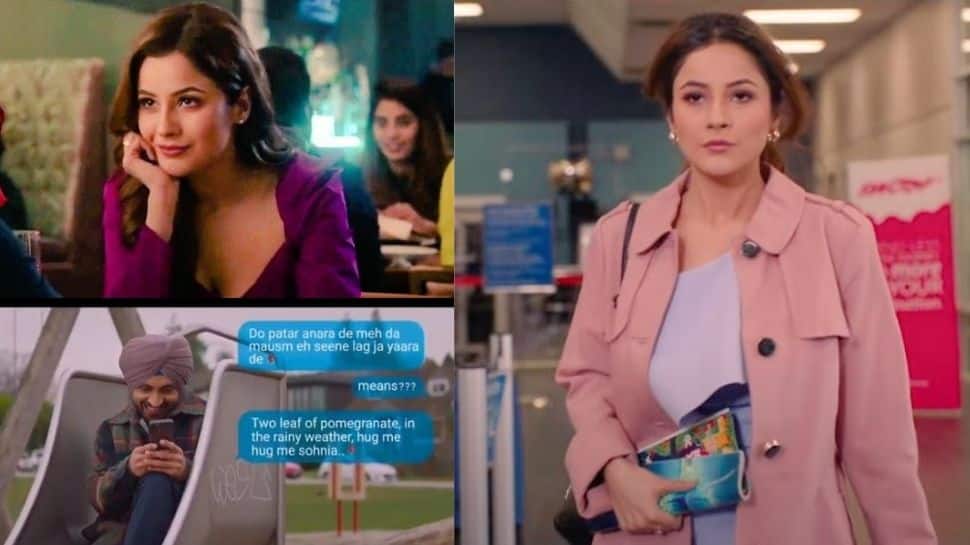 New Delhi: The wait is finally over for all the Shehnaaz Gill fans. The actor will be back on screen with ‘Honsla Rakh’ and is all set to mark her place through this film.

Starring opposite Punjabi singer and actor Diljit Dosanjh, Shehnaaz has been doing wonders in the latest released trailer of the movie.

In the trailer, Diljit is playing the husband of her and the duo are much in love initially like any other couple. Then she gets pregnant and asks the lawyer to give the child’s custody to him and throughout the trailer Diljit can be seen struggling with the child and completing all the household chores. Later, he falls in love again and this time with Sonam Bajwa and tries his best to woo his ladylove.

While he is almost done with his mission of impressing his new girl, here comes back his first love (Shehnaaz) back in action.

Whom will he choose and whom will he let go? Well, only time will tell that. For now, we can only say that the trailer is a complete roller coaster ride full of fun, thrill, emotions, suspense and lots of drama.

For the unversed, the movie will release worldwide on Dussehra - October 15, 2021.

In the recently released vibrant poster, Diljit, Shenaaz and Sonam were seen wearing sweatpants and sweatshirts. The singer is seen drinking from a nursing bottle and holding a stuffed toy wrapped around in a blanket resembling a baby.

Thousands of netizens have started flooding the comment section with praises and excitement to see Shehnaaz back onscreen. The trailer has started trending with #ShehnaazGill on the Twitter and has crossed more than 1 lakh views on YouTube in mere half an hour post its release.

Since Shehnaaz Gill was a close companion of late actor Sidharth Shukla, there were a lot of questions on if she would resume shooting for the film after his demise or not. Well, this is yet to be decided as the actress has been missing the limelight ever since Sid passed away on September 2.

According to reports, a major chunk of filming was concluded on April 1, 2021, barring a promotional song that was scheduled to be shot on September 15. The date of the shoot got postponed as Shehnaaz Gill was grieving the loss of her close friend Sidharth Shukla.

'Honsla Rakh', directed by Amarjit Singh Saron, will mark Diljit Dosanjh's debut as a producer. The romantic comedy film was shot in Canada and is slated for a Dussehra release on October 15, 2021.