Shooter Asghar Ali Khan is contemplating legal action against makers of movie "Sherni", starring Vidya Balan, for, what he called, "twisting of facts" relating to the killing of tigress Avni 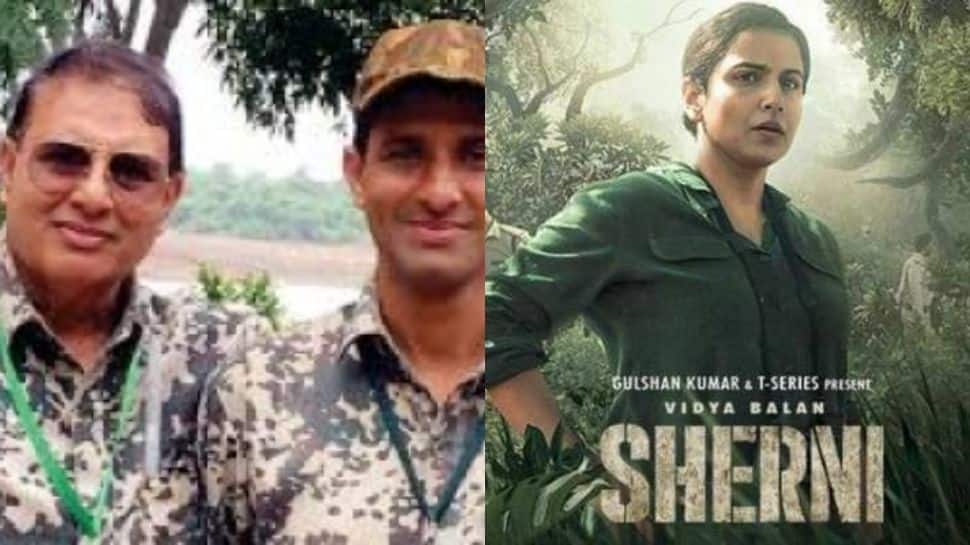 Hyderabad: Shooter Asghar Ali Khan is contemplating legal action against makers of movie "Sherni", starring Vidya Balan, for, what he called, "twisting of facts" relating to the killing of tigress Avni.

Not satisfied with the reply received from the film makers to the legal notice sent a fortnight ago, he is planning next course of action. "We are consulting the legal advisers. We have not yet taken a final call," Asghar Ali Khan told IANS on Wednesday.

Asghar Ali, who shot dead Avni in Maharashtra's Yavatmal in 2018, is son of well-known shooter Nawab Sahafath Ali Khan. He alleged that the movie projected them as "trigger-happy shooters". "We had gone there at the invitation of the government and killed the man eater tigress which had mauled to death 14 persons but we were projected as if we were hunting for fun," he said.

He argued that the movie could damage their reputation and add "fuel to the fire" to the sensitive matter which is already subjudice. He also contended that twisting the facts in the movie amount to contempt of court.

In reply to the notice served by the Hyderabad-based shooters, Abundantia Entertainment Pvt Ltd clarified that "Sherni" is a creative work of fiction and does not depict Asghar Ali or his father.

The filmmaker denied that the movie will hamper "any supposed ongoing investigation" or damage his reputation or his father's reputation. It said the allegations made in the notice are based on conjecture and speculative media reports and are hence devoid of any merit.

Asghar Ali, however, is not satisfied with this. "If there is one similarity between what was shown in the movie and what happened in Avni case, it can be called coincidence but there are so many similarities. There was a lady officer in the real operation, there is a lady officer (Vidya Balan) in the movie. There are other similarities like two cubs of the tigress and use of urine of another tiger to attract the tigress," he said.

Claiming that it was the largest operation against a man eater after Independence, Asghar Ali recalled that 12 attempts to tranquilise the tigress had failed and courts also had also made it clear that there should be no further loss of human lives.

The shooter claimed that they took risks to join the operation at the invitation of forest authorities of Maharashtra. He pointed out that the killing of the man eater gave relief to 21,000 residents of 26 villagers who were living in terror. He also stated that most of the 160 square km area in which the tigress was moving around was mostly human-dominated area.

He said it was wrong to say that they just wanted to kill the tigress and pointed out that on many occasions, they captured the animals.

After the killing of Avni, some animal rights activists had alleged that the shooter deliberately killed the tigress.

Shafath Ali had defended their action, saying the bullet was fired in self-defence.

He had lashed out at the activists, including then Union Minister Maneka Gandhi, for making personal and baseless allegations against them

Shafath Ali had threatened to sue those indulging in mudslinging. He had also said that they would continue to stand by those whose lives were threatened by elephants and tigers venturing out of forests.

The 63-year-old professional hunter, who has been helping various states in capturing tigers, elephants and other animals for last four decades, had also told IANS, in an interview, that human-animal conflict will spiral out of control unless the government takes steps to maintain the land-to-animal ratio, fences all national parks and ensures availability of food and water for animals in forests so that they don't venture into human habitations.

On the allegation by animal lovers that he is trigger-happy, he had stated that not even once in his life had he requested any state government to call him.

"I have received 50 orders from governments since I was 19. They called me because of my work, experience and expertise which they lack," said Shafath Ali whose grandfather was adviser to the British rulers in the 1930s and whose father was also a renowned hunter.