Vidya Balan, who is basking high after the success of her latest release 'Sherni,' has now got a shoutout from none other than Amul. The makers of Amul India has released a cute animated graphic featuring Vidya Balan and the actress is amazed by their efforts. 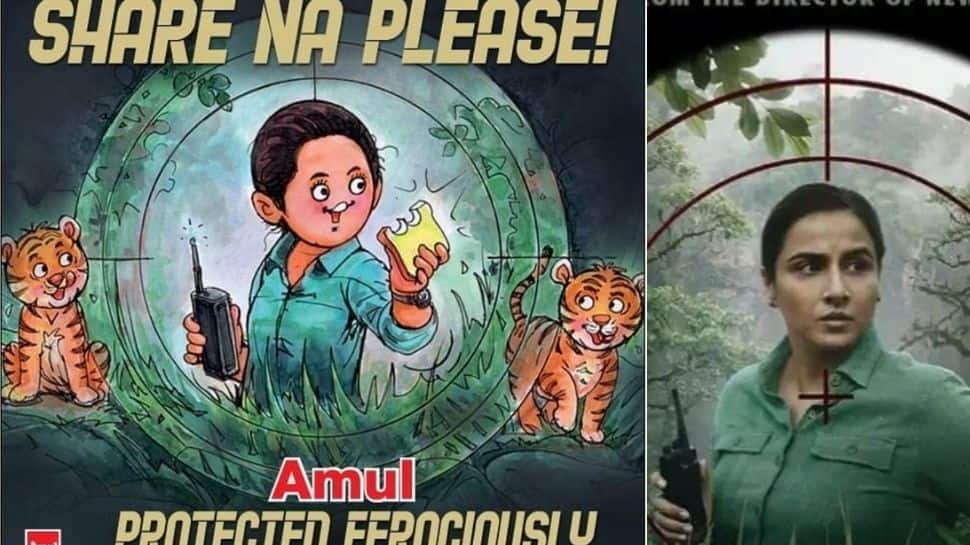 New Delhi: Bollywood actress Vidya Balan, who is basking high after the success of her latest release 'Sherni' on the OTT platform Amazon Prime has now got a shoutout from none other than Amul. The makers of Amul India has released a cute animated graphic featuring Vidya Balan and the actress is amazed by their efforts.

She took to her Instagram handle and shared the same post in her Instagram story and wrote, “Thank you. What an honour" with a couple of emojis. 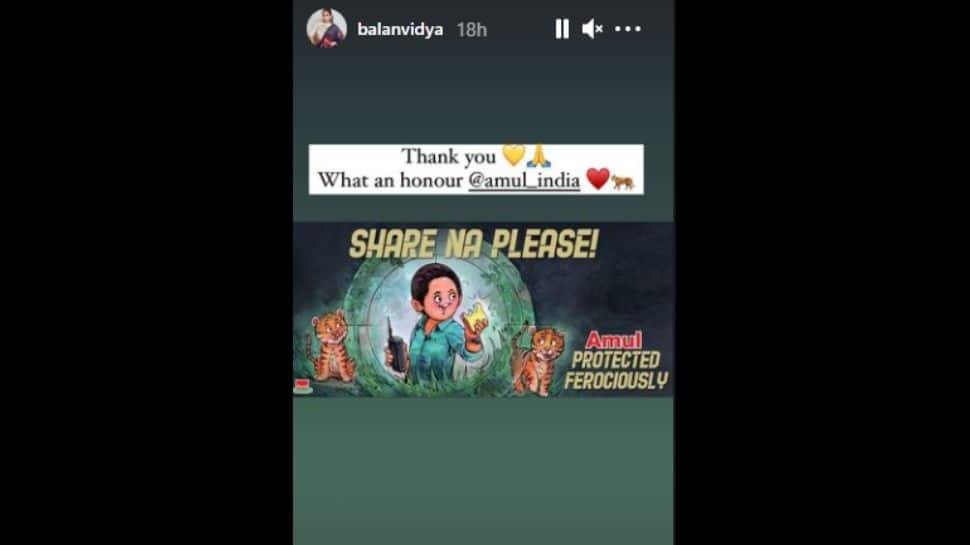 On Monday, the Amul India took to their official Instagram handle and shared a post lauding the fierce actress.

A post shared by Amul - The Taste of India (@amul_india)

In the picture, Vidya’s animated character can be seen holding a slice of bread and two tigers can also be seen peeping from the woods. It also had ‘Share Na Please!’ written on the top of the sketch and ‘Protected Ferociously’ on the bottom.

The film ‘Sherni,’ which was released on June 18, took the internet by storm with the intriguing storyline and her impressionable on-screen presence. Viewers and critics also lauded Director Amit Masurkar for his finesse and understanding of the script.

In the film, we see Vidya Balan play the role of a forest officer battling social norms set by patriarchy and red-tapeism within her department.

It is directed by Amit Masurkar who is known for his films such as 'Newton' and 'Sulemani Keeda'. Along with Balan in the lead, the film also stars Neeraj Kabi, Vijay Raaz, Sharat Saxena, Mukul Chadda, Brijendra Kala and Ila Arun.