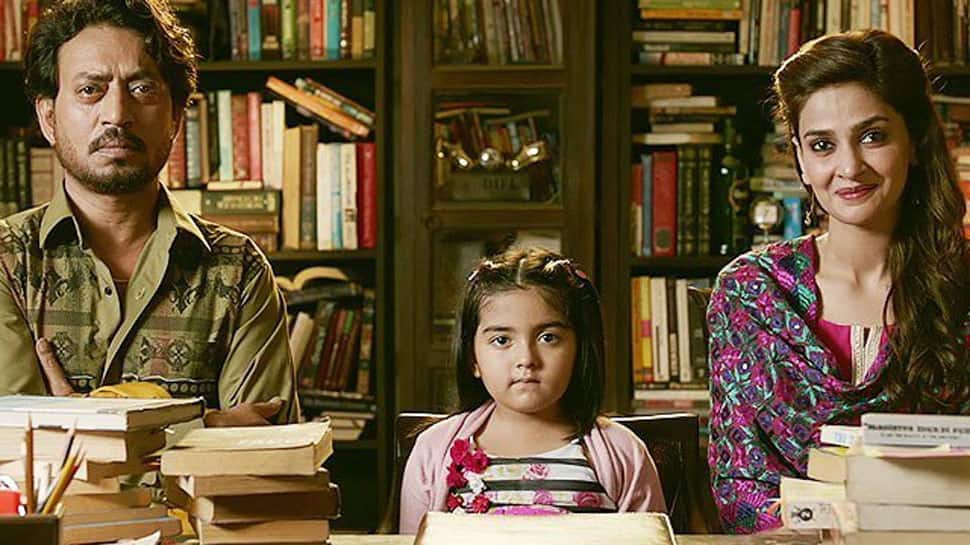 New Delhi: Irrfan Khan's 'Hindi Medium' was widely acclaimed and got a big thumbs up from the audience and critics alike. The comedy-drama by Saket Chaudhary starred class actor Irrfan in the lead and Pakistani beauty Saba Qamar made her debut in Bollywood with this film.

The film is reportedly going to have a sequel and the makers are planning to kick off shooting it in the month of August this year. According to Mumbai Mirror, the sequel is ready to go on floors in August and Irrfan will be reprising his role from the original. The producer Dinesh Vijan is currently working on the story.

The report mentions that Saba might not be seen as the leading lady in the second part. A source has been quoted as saying, “The story flash-forwards by a decade so five-year-old Pia will be in her teens now, around 15-16 years. The story will be a fresh take on the Indian educational system with little reference to the original.”

'Hindi Medium' revolves around the life of a rich businessman named Raj Batra based in Delhi, his wife Mita and daughter Pia. The real drama begins when the parents, who themselves studied in a Hindi medium school want their daughter to get admission to a top-notch English medium school.