The soulful track has been composed and sung by Sachet Tandon and Parampara Thakur, while writer duo Siddharth-Garima has penned the lyrics. 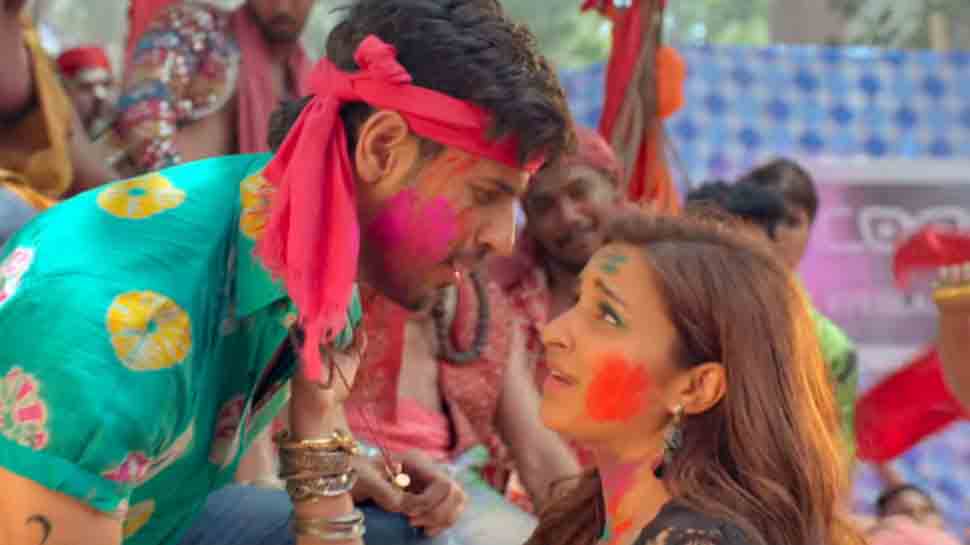 The ' Aiyaary' actor shared the song on his Twitter handle. "An anthem of love, heartbreak & agony. #Khwabfaroshi song out now!!" he wrote.

The song commences with a feud between Parineeti, who plays smart, fearless and bold Babli Yadav, and Sidharth, who essays the role of stubborn and furious Abhay Singh. The rage and anger between the lead pair will surely leave you anxious and teary-eyed at the same time.

In the song, a visibly-upset Parineeti willingly accompanies Sidharth, who intended to abduct her, even as she is engaged to another man, played by 'Stree' actor Aparshakti Khurana.

The soulful track has been composed and sung by Sachet Tandon and Parampara Thakur, while writer duo Siddharth-Garima has penned the lyrics.

'Jabariya Jodi' is reportedly based on the practice of 'Pakadwa Vivah', which is prevalent in Bihar, according to which the groom is made hostage by the bride's family and forced into marriage.

Produced by Ekta Kapoor under the banner of Balaji Motion Pictures and Shailesh Singh's Karma Media Net, the flick is directed by Prashant Singh.

Parineeti, who last appeared in 'Kesari' alongside Akshay Kumar, will be next seen in 'Sandeep Aur Pinky Faraar' opposite Arjun Kapoor, 'Bhuj: The Pride Of India', the Saina Nehwal biopic and the Hindi remake of 'The Girl on the Train'.

On the other hand, Sidharth will next appear in 'Marjaavan' opposite 'Ek Villain' co-star Riteish Deshmukh and Tara Sutaria.