Varun Dhawan and Alia Bhatt are already vibing with the millennial audience through their social media presence. 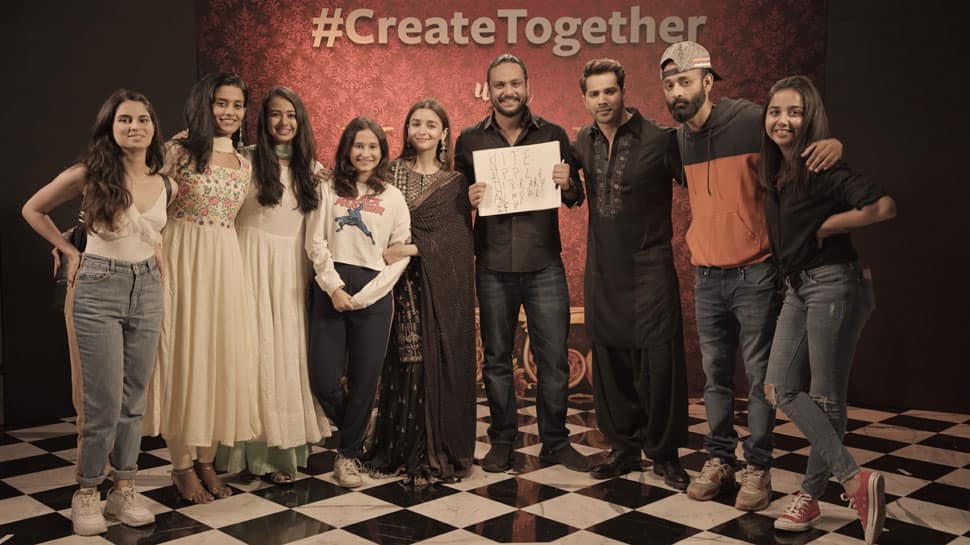 New Delhi: Dharma Productions' upcoming venture 'Kalank' is high on the buzz word. And to keep the momentum going, the team 'Kalank' is busy promoting the film on all possible platforms. Makers are leaving no stone unturned in creating the right vibe about this multi-starrer. Varun Dhawan and Alia Bhatt are hugely popular stars and the makers decided to experiment keeping the young generation in mind.

Varun Dhawan and Alia Bhatt are already vibing with the millennial audience through their social media presence. The Kalank stars recently collaborated with India’s top internet content creators for a series of interesting and whacky exchanges, specifically targeted at Gen Y.

Apoorva Mehta, CEO, Dharma Productions, says, “Kalank represents scale, grandeur and grace. Through this collaboration with Facebook, our film’s message goes far and wide, especially the millennials, who can never have enough of the stars. We hope the movie’s loved by everyone too!"

Sajid Nadiadwala, Producer, Nadiadwala Grandson Entertainment, says, “The star cast of the film today definitely has a connect with their audience but partnering on #CreateTogetherWithKalank with Facebook & Instagram has made the reach of our film wider on the social media platforms. We are glad that the content created has engaged well with the fans worldwide. Hoping to receive their love back this Wednesday.”

From eye-popping tricks with superstar magician Karan Singh Magic to a PJ challenge with Filter Copy, from comedian Beyounick trying his luck to get Alia’s number to Mostly Sane Prajakta Koli, cozying up to Varun, and finally dancing with Team Naach, a wide variety of content creators were a part of something special, and will guarantee to make you feel a whole range of emotions.

Adds Kapur, “We know that millennial audiences identify very closely with a lot of content creators. We don’t believe that it’s a matter of attention deficit for these audiences. Getting the right collaborators helps us reach out in a fun way and in a message that’s easier for them to relate to.”