Kareena Kapoor Khan, Saif fly off to London with little munchkin Taimur — Take a look at their pics

The actress was seen in a white top which she teamed up with boyfriend jeans and a long black shrug and looked every bit chic.

New Delhi: Actress Kareena Kapoor was on Friday clicked at the Mumbai airport along with Saif Ali Khan and son Taimur as the trio head to London. According to reports, Kareena will shoot for a portion of her upcoming film 'Angrezi Medium' in London, while Saif will also shoot for the first schedule of his upcoming film 'Jawaani Janeman' there.

The actress was seen in a white top which she teamed up with boyfriend jeans and a long black shrug and looked every bit chic. Saif was dressed in semi-formals, in a pink shirt with a pair of denim. The little munchkin was in his night suit, sans his footwear. 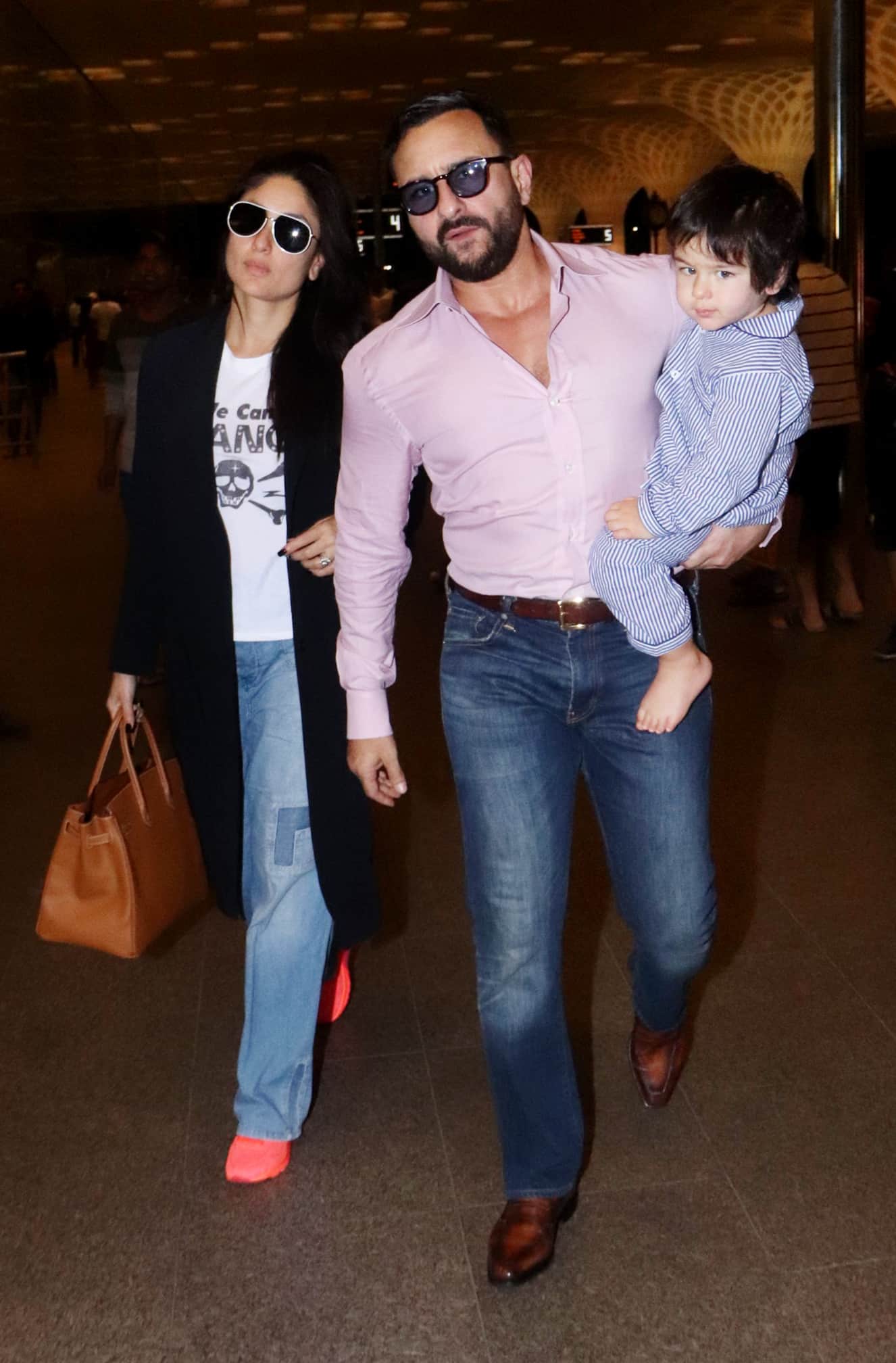 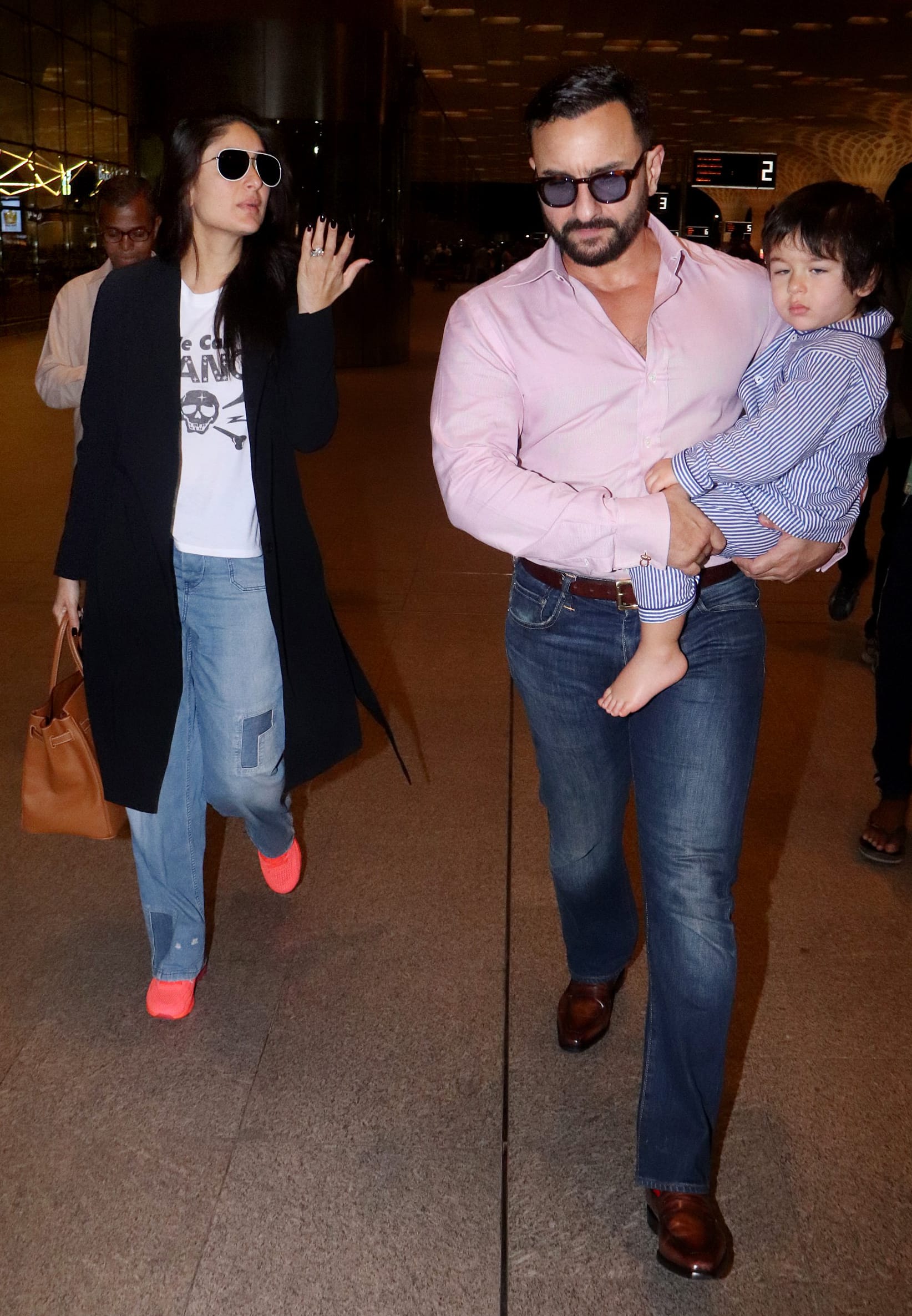 Kareena had been busy of late as she had been promoting the next season of dance reality show, 'Dance India Dance: Battle of Champions' where she will be seen as one of the judges. Through this show, the actress is making her debut on television. Apart from 'Angrezi Medium', she has films like 'Takht' and 'Good News' in her kitty. Saif, on the other hand, has 'Laal Kaptaan', 'Dil Bechara', 'Taanaji: The Unsung Warrior' and 'Bhoot Police' with him.