Kartik, Bhumi and Ananya have been roped in to play the lead roles in the remake of this 1978 released drama. 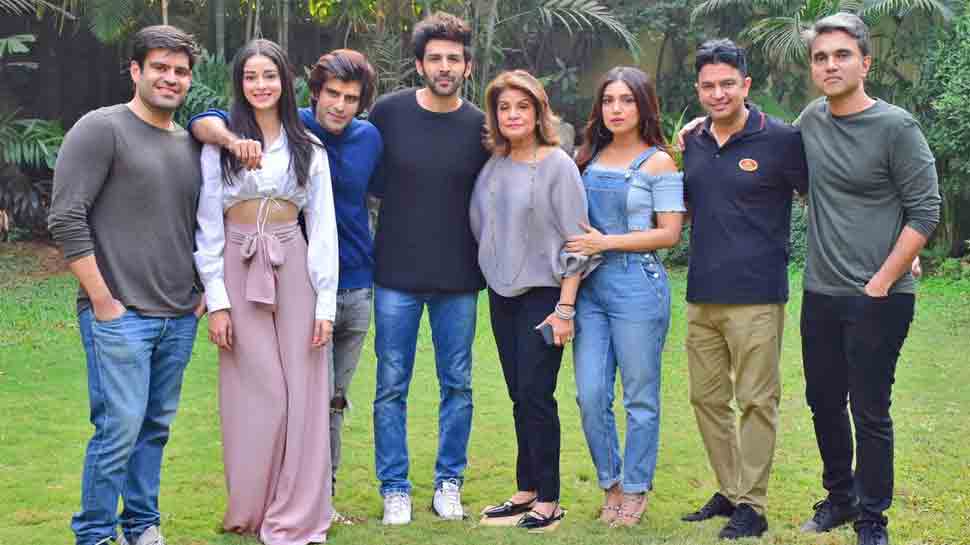 New Delhi: With all the speculations going around director Mudassir Aziz's remake of Bollywood classic, 'Pati, Patni Aur Woh', the makers finally made an official announcement on the project. The film will star Kartik Aryan, Bhumi Pednekar and Ananya Pandey in lead role.

This will be the first on-screen pairing of Kartik with Bhumi and Ananya. The film goes on floors in February.

Producer Bhushan Kumar shared a picture of the entire cast of the film on Twitter and wrote, "Our next project! #PatiPatniAurWoh to go on floors soon! Sending my good wishes to the team." 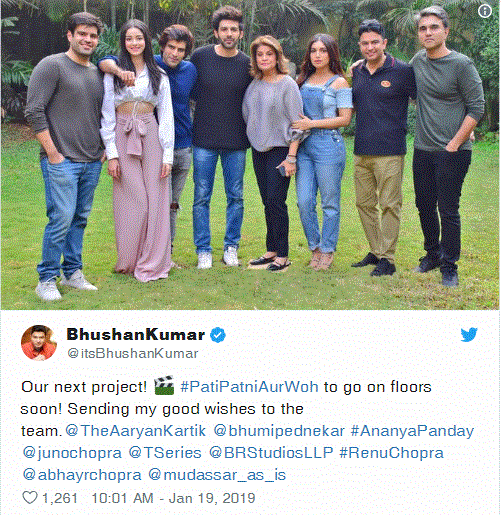 Recently, actress Taapsee Pannu had told Mumbai Mirror that she was dropped from the film and wasn't even informed about it by the makers. Soon after this, a joint statement from Bhushan Kumar and Juno Chopra was released on the issue.

The statement read, "When a script is locked, every director or producer approaches actors for the casting of the film, it is a basic protocol followed by almost all filmmakers. Similarly, for our upcoming project - 'Pati Patni Aur Woh', we reached out to many actors, who we thought could be our potential protagonists in the film. The versatile actress Taapsee Pannu was one of the many actresses we had approached for one of the leading ladies in the film. However, the producers had "never made any commitment to her. We would like to clarify that our casting was purely done on the basis of who suited the characters to the tee".

However, rumours did the round that it was Kartik, who had asked the makers to drop Taapsee from the film as he wasn't keen on sharing the screen space with her. And after this insistence, the makers roped in debutante Ananya Panday for the film.

It is to be noted that only recently, Kartik and Ananya were captured by the shutterbugs leaving together in the same car after their dinner date. Their pictures had set tongues wagging for a couple of days.

Akshay Kumar, Twinkle Khanna twin in black as they leave for an undisclosed destination — See pics