"Khandaani Shafakhana" betrays most flaws that efforts of debutant directors in Bollywood normally do. Hopefully, Shilpi Dasgupta will give us a better second film. 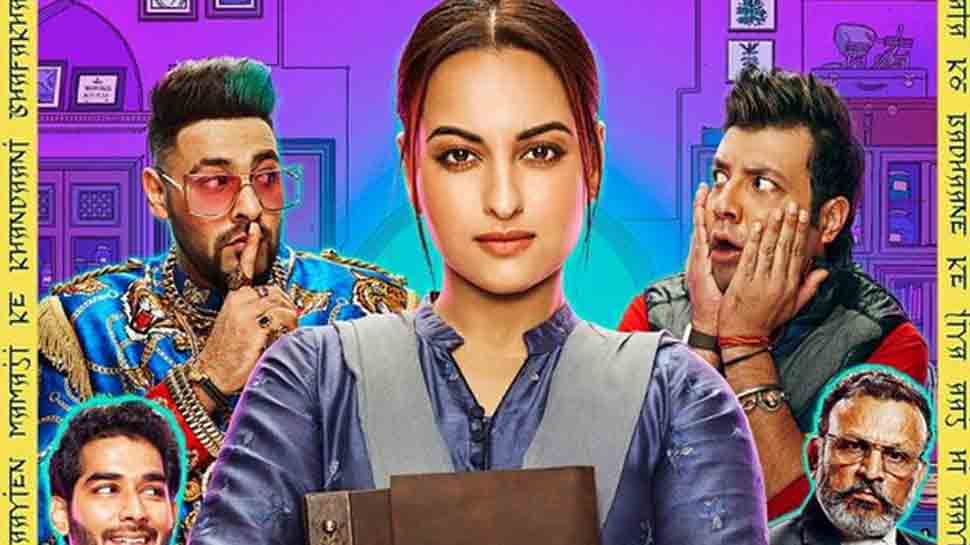 Sex is not a dirty word. "Khandaani Shafakhana" opens with that intrepid assertion. A little over a couple of hours later, as a largely average script meanders to its closure, the film is still telling you just that, long after you have got the point.

You cannot deny this is a well-intentioned effort. In Bollywood, sadly, well-intentioned does not always spell well-executed. "Khandaani Shafakhana" beats around the same bush without much of a story to tell, through a runtime that would seem at least half an hour too long.

At a time when various taboo aspects pertaining to sex have already been explored in delightful comic dramas such as "Vicky Donor", "Shubh Mangal Saavdhan" and "Badhaai Ho", you do look forward to any new film that seeks to open up further discussion to dispel taboos pertaining to the topic. "Khandaani Shafakhana" did promise such vibes in the trailers. You went in expecting an experience that would be funny, at the same time subtle in its comment.

The words `sex clinic` added onto the film`s title in posters and promos also gave you a gist of what to expect. Gautam Mehra`s script, however, remains just a gist, failing to expand its core idea into a winner. The setting imparts a quaint small town impact as Baby Bedi (Sonakshi Sinha) of Hoshiarpur struggles to find her feet as a medical representative. She has two mouths to feed -- her mother (Nadira Babbar) and brother Bhooshit (Varun Sharma). Life is only made difficult by her uncle (Rajesh Sharma), who has set sight on their ancestral home because the family cannot repay a loan they had taken from him.

Their very ordinary existence is thrown into turmoil when a lawyer (Annu Kapoor) informs them that Baby`s maternal uncle, Hakim Tarachand (Kulbhushan Kharbanda), has passed away and that he has left behind his sex clinic in her name.

Sex, the script keeps reminding you all through, is deemed a dirty word by society, so everyone, including her mother looks down upon Baby`s determination to do the audacious -- accept a precondition set by the late Mamaji. To own the clinic, she must first dutifully run it for six months on a nine-to-five basis.

Baby wants to do so because the clinic is prime property that could fetch big bucks. The only constant support system she finds in her bid to run the clinic is the neighbourhood juicewala (Priyanshu Jora).

The script cannot quite decide if Baby should share a proper romantic track with her juicewala hero, to justify his existence. From their very first frame together, the equation seems forced, fraught with an absolute lack of chemistry.

Credibly, the film avoids resorting to cheap gimmicks or double entendre as most Bollywood fare habitually does while dealing with the subject of sex even today - especially if the genre is comedy. The trouble with "Khandaani Shafakhana" is, although billed as a comedy, the film is at best a lighthearted drama with stray shots at humour. Most attempts at garnering laughs are weighed down by the film`s over-enthusiasm to deliver its message - of the need to open avenues of healthy dialogue on sex in society.

Humour apart, the film also falls short on dramatic moments that might engage. The storyline essentially revolves around just one idea all through -- Baby`s struggles to keep the clinic running against societal pressure. This hampers the pace of the narrative. You tend to switch off after a while.

Flaws in writing also affect the actors. Sonakshi`s Baby Bedi, despite a diligent effort from the actress, fails to drive home any sort of resonance. For the character and also for the overall story to make a mark, the protagonist needed to be penned with more imagination. Also, while Sonakshi gets the smalltown girl`s body language right, she needed to hone Baby`s Punjabi accent.

For the lack of imaginative writing, too, talented actors as Annu Kapoor, Nadira Babbar and Rajesh Sharma are wasted. Rapper Badshah, in a cameo debut, sticks to the bling trick that wows fans in his music videos. Varun Sharma as the heroine`s brother must realise these dumb sidekick roles are getting monotonous.

"Khandaani Shafakhana" betrays most flaws that efforts of debutant directors in Bollywood normally do. Hopefully, Shilpi Dasgupta will give us a better second film.