In the poster, we can see a little boy pointing towards a sketch on the wall depicting a toilet. 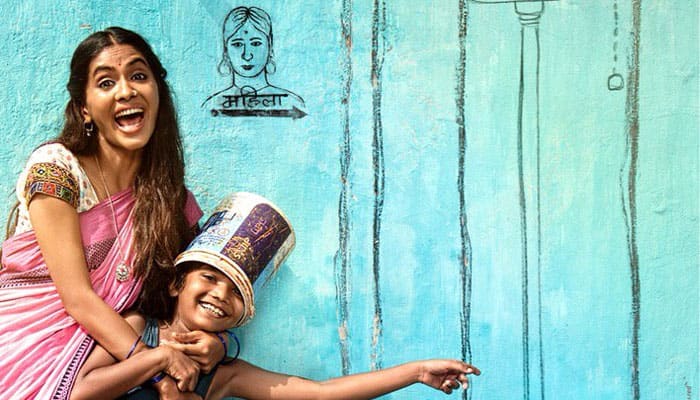 In the poster, we can see a little boy pointing towards a sketch on the wall depicting a toilet. He can be seen with National Award winning Marathi actress Anjali Pathak (essaying his mother in the film) with a broad smile on her face.

While talking to ANI, the 54-year-old during an interview in July said that that the film narrates the story of a single mother, whose eight-year-old son wants to make a toilet for her.

"He is really concerned about her and her safety when she goes out to defecate in the middle of the night, every night like lakhs of women do in India,” he said.

"For the solution to this problem, he writes a letter to the Prime Minister of India and comes to Delhi with his two friends to deliver him the letter and get the toilet made. It's a story of hope, inspiration. It's a story about doing something about the situation that is around us and not simply talking about it. It's a story about taking responsibility onto yourself rather than looking at the government for answers every time and pointing a figure at them," he added.

The film is set in the backdrop of the slums in the city.

In September, during the RISE Summit, Mehra spoke about the film and the issue of sanitation, which he has been helping to tackle since the last four years via his association with an NGO.

“When it comes to cinema, it is entertainment first as that's what brings the people in. Purpose has to be built into the cinema, along with the entertainment. My next film 'Mere Pyare Prime Minister' is inspired by Mahatma Gandhi. Shot in Mumbai, our set is called Gandhinagar. Few people know that Mahatma Gandhi was a warrior on sanitation issues,” IANS report quoted the filmmaker as saying.

Tumhari Sulu: Vidya Balan has a rocking time at the Box Office on Sunday