From performing a rap song to playing a bangle-seller who romances a village girl, Nawazuddin Siddiqui seems to be in the mood for a dramatic image makeover in his next film, 'Bole Chudiyan'. 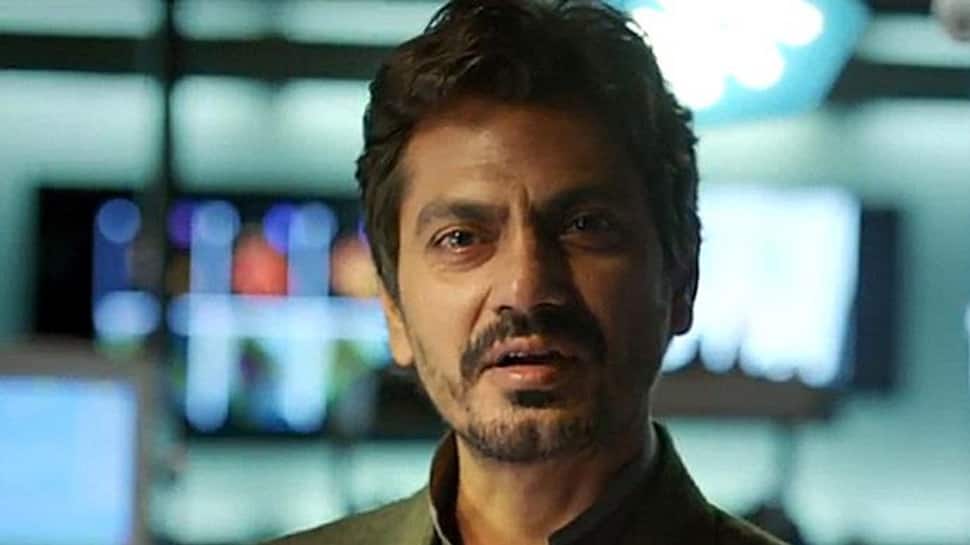 Mumbai: From performing a rap song to playing a bangle-seller who romances a village girl, Nawazuddin Siddiqui seems to be in the mood for a dramatic image makeover in his next film, 'Bole Chudiyan'.

The National Award-winning actor, who shot to fame playing Faisal in Anurag Kashyap's 'Gangs Of Wasseypur' saga after a long stint of Bollywood struggle, perhaps realises it is time to give the stock intense image a break. Despite brilliant performances in recent films such as "Manto", "Thackeray" and "Photograph", his efforts have hardly generated much buzz.

Interacting with the press on Saturday evening to promote "Bole Chudiyan", therefore, Nawaz seemed more excited about talking of his experience as a rapper.

"I am not a singer but I have to say that rapping a song is a different experience, and the credit goes to the music director. Yes, I learned the lyrics and practiced the song, but somewhere it was the music director who extracted the performance from me," he says of his rap contribution in the film's title song, 'Swaggy Chudiyan'. The song will be used in the film in a sequence where his character is seen singing it to sell bangles.

He may be changing his image with "Bole Chudiyan", but Nawaz, ever the perfectionist, maintains a method approach even while making you understand his decision to sing: "I do not want to be a singer in the near future, but the specific rap song has raw elements that goes well with my voice. That is why they decided to feature my voice," explains Nawaz, who adds that he loves listening to the old Hindi songs.

"As a child, I used to love listening to Mohammad Rafi and Kishore Kumar. I am their fan."

"Bole Chudiyan", pitched in a commercial space of the romantic-drama genre, is crucial for Nawaz also because it marks the feature film directorial debut of his brother Shamas Nawab Siddiqui, who will also look for a successful run for the film, to ensure a smooth launch into the industry.

If generating a buzz is key to a film's success, Nawaz's next film has inadvertently grabbed attention because of a controversy over its leading lady. Popular actress Mouni Roy was initially cast as the film's heroine. Reportedly, her 'unprofessional behaviour' was the reason behind the decision of the makers to replace her with Tamannaah Bhatia opposite Nawazuddin.

As Nawaz tackles questions on the controversy, you realise the simpleton from smalltown Budhana has imbibed makeover in quite another level, too. He has learnt the fine art of dimplomacy.

"Look I am working as an actor (in the film), and all I want to say is we are lucky to have Tamannaah on board," he said, adding: "What happened between actress and producer is their matter. I refrain to comment. But I am excited to work with Tamannaah."

Set in the Uttar Pradesh, Nawaz said that the story is close to his heart as it comes from his native place.

"Western Uttar Pradesh is quite unexplored and my family hails from there. We know so many things that are rooted there. This story explores that slice of life," said the actor.

While this is the first time he is working with his brother, Nawaz is also excited to be sharing screen space with Anurag Kashyap and Rajpal Yadav in the film.

Kashyap, the filmmaker who gave Nawaz his big break in the "Wasseypur" films, is someone he considers a good friend.

"Some of the actors in the film are my dear friends with whom I used to work together 20 years ago in the world of theatre. Anurag and I did a film together as actors titled 'Ghoomketu', which is yet to release. This time, we had fun a good time working together," he says.

The uncomplicated Nawazuddin Siddiqui seems to be very much alive within him, you feel, hearing those lines. The mood continues as he honestly talks of working in his brother's debut feature: "Of course he is my brother, but on set he was my director and I was working there as an actor. So, we are not taking any advantage (of each other) by being siblings."