Kangana Ranaut will be seen playing the titular role of Rani Laxmibai of Jhansi. 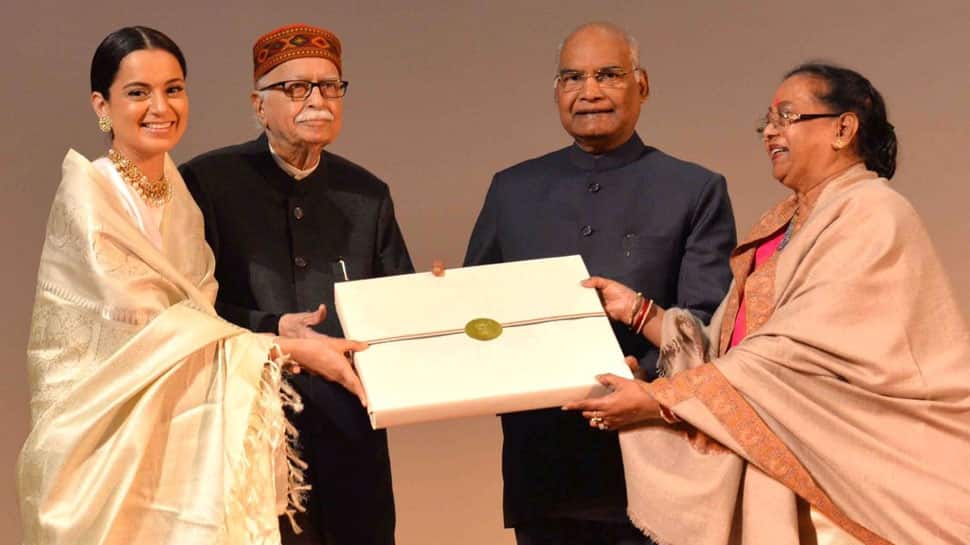 New Delhi: The makers of period drama 'Manikarnika: The Queen Of Jhansi' had arranged a special screening of their movie in capital for President Ram Nath Kovind on January 18, 2019. The entire team including lead actress Kangana Ranaut were present at the Rashtrapati Bhavan Cultural Centre where the special screening took place.

President Kovind watched a special screening of the film 'Manikarnika', based on the life of Rani Lakshmibai of Jhansi, at Rashtrapati Bhavan Cultural Centre; felicitated the cast and crew of the film. pic.twitter.com/o1AwNwz9av

Kangana Ranaut will be seen playing the titular role of Rani Laxmibai of Jhansi. This film is her first-period drama on-screen.

The film is based on the life of warrior princess Rani Laxmibai of Jhansi. The actress has worked hard for acing her part with rigourous horse riding and sword fighting training keeping her busy.

Kangana also visited her hometown in Himachal Pradesh recently and took divine blessings from Kuldevi Maa Mahisasurmardani Temple. She was accompanied by her entire family.