Actor Shahid Kapoor, who will be next seen in "Kabir Singh", a remake of Telugu blockbuster "Arjun Reddy", says it is highly stressful remaking a film so much loved by the audience. 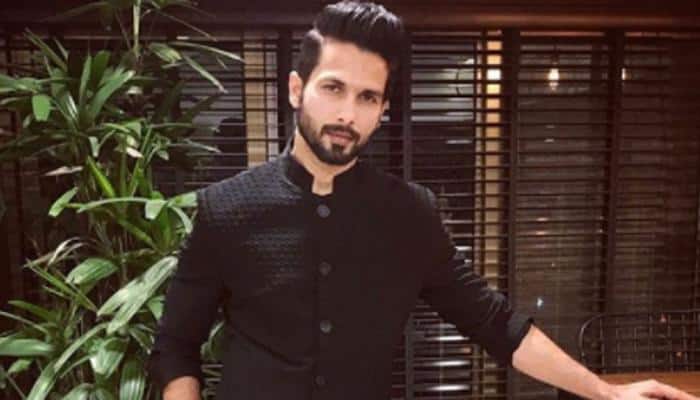 Mumbai: Actor Shahid Kapoor, who will be next seen in "Kabir Singh", a remake of Telugu blockbuster "Arjun Reddy", says it is highly stressful remaking a film so much loved by the audience.

"I am having a great time. I think `Kabir Singh` is very special and `Arjun Reddy` was amazing. As such it`s very stressful making the remake, especially when it has been loved so much," Shahid told the media at the Filmfare Glamour and Style Awards 2019 on Tuesday here.

Shahid said 70 per cent of the shoot has already been completed, adding that "it`s an iconic film".

"I am playing a challenging role. It releases on June 21. We all are super excited," he said

On his Valentine`s Day plans, Shahid said: "Meera (Meera Rajput Kapoor) and I are very spontaneous. We do things we feel correct doing in last minute.

"Now, obviously we have kids and we have to make sure that they are priority so, I don`t know as of now. There are no plans. We will see what we want to do on the day."

Kiara Advani plays the female lead opposite Shahid Kapoor in "Kabir Singh". It is written and directed by Sandeep Vanga and produced by Cine1 Studios and T-Series.