Bhoot Police has become the most-watched Hindi movie by millions of people as per the Ormax report. 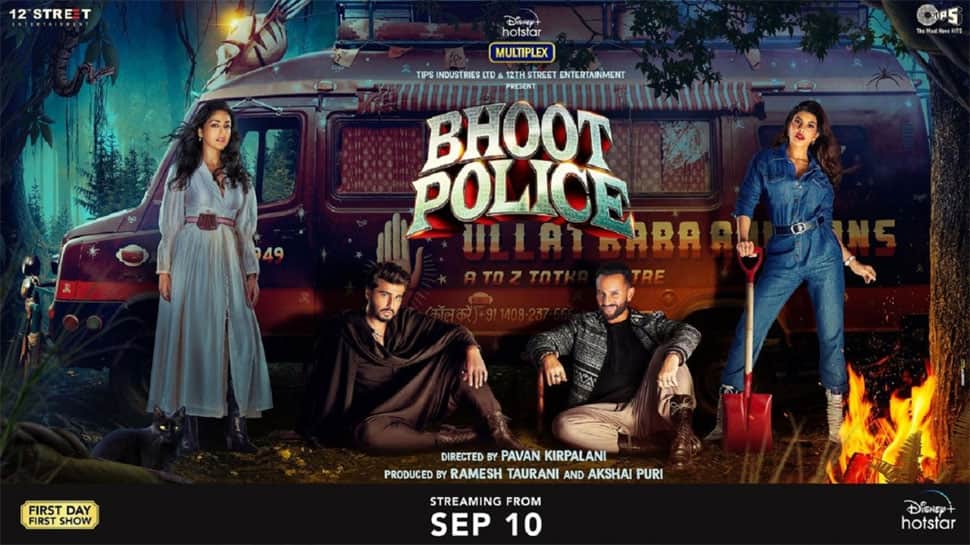 New Delhi: The horror-comedy Bhoot Police has emerged as the most-watched movie on Disney+ Hotstar as stated by the Ormax report. It features Saif Ali Khan, Arjun Kapoor, Jacqueline Fernandez, and Yami Gautam in the lead roles. Helmed by Pavan Kirpalani, produced by Ramesh Taurani and Akshai Puri, the film was released last week digitally on September 10, and within few days of release, it's been lauded by the audience and entertainment industry.

Bhoot Police has become the most-watched Hindi movie by millions of people as per the Ormax report. The film has garnered immense love from across the globe and the unique horror-comedy tale is immensely appreciated by the audience. 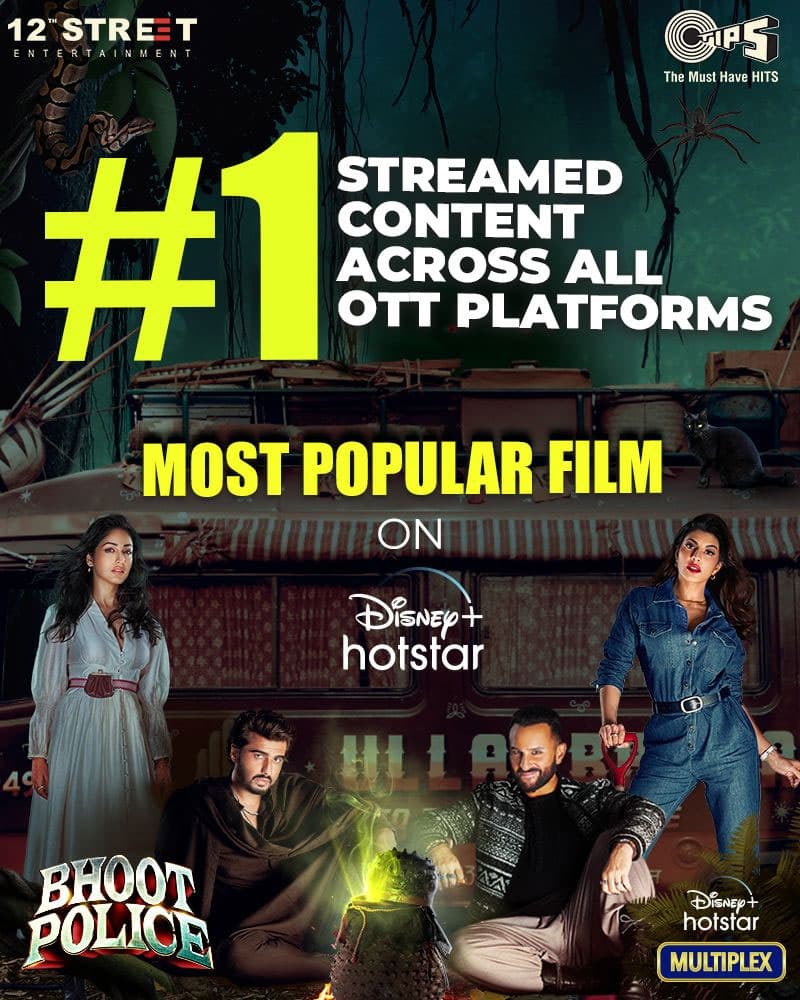 Bhoot Police stars Saif-Arjun as ghost hunters where Vibhooti (Saif)  is a non-believer and Chiraunji (Arjun) is a believer of Kali Urja aka Evil spirit. The duo brothers set off on a mission with Maya (Yami Gautam) and Kanika (Jacqueline Fernandez) to ward off a notorious spirit living in a small town in the mountains. The movie is filled with spooky elements, twists, and turns which will keep you hooked from the first scene!

Sara Ali Khan-Varun Dhawan's 'Coolie No. 1' gets a solid post-pandemic viewership in the satellite circuit!