Salman Khan's cop-drama Dabangg 3 to arrive in December; film to be released in four languages

The story of 'Dabangg 3' is set in the State of Madhya Pradesh. The film features Salman, Sonakshi, Arbaaz and Mahie reprising their roles from the previous film while southern actor Sudeep plays the antagonist. 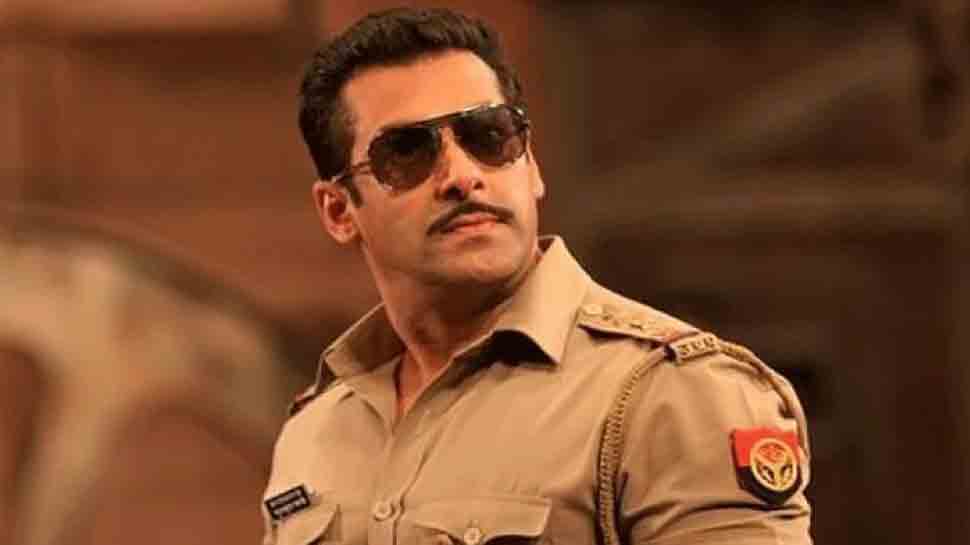 New Delhi: Much to the excitement of Salman Khan's fans, the release date of the third installment of hit 'Dabangg' series is finally out now. The film is one of the most anticipated movies of the year and the makers are doing every possible thing to take it a notch higher than the previous two parts. We recently heard that the film will be dubbed in Kannada, thus making it the first film from Bollywood to be dubbed in the language

And now, the makers have made official the release date of the film.

On Wednesday, Salman took to Twitter and revealed that Dabangg 3 will be released in Kannada, Tamil and Telugu apart from Hindi. He wrote, "Chulbul Pandey coming to you on 20th Dec in hindi, kannada, tamil and telugu! #Dabangg3."

The actor also shared a photo of himself with film director Prabhu Deva. Both Salman and Prabhu looked dapper in shirts and shades. Take a look at his post below:

Speaking of the film, 'Dabangg 3' is divided into two parts - one that shows Chulbul Pandey's life which is in present and the other will be set in the past that will show how be became the famous cop of the area.

"For the prequel portions, Salman will have to look younger as the scenes will be about a time when he had not become a police officer. He will also have another leading lady. Mahesh Manjrekar's daughter Ashwami Manjrekar will be launched with D3," a source told earlier.

The story of 'Dabangg 3' is set in the State of Madhya Pradesh. The film features Salman, Sonakshi, Arbaaz and Mahie reprising their roles from the previous film while southern actor Sudeep plays the antagonist. Tinnu Anand, Nikitin Dheer, Pankaj Tripathi, Nawab Shah, Mahesh Manjrekar among others will also be seen in the film.

The movie is being directed by Prabhu Deva and produced under the banner of Salman Khan Films and Arbaaz Khan Productions.