Sanjay Dutt's look as Adheera out: Here's what all you can expect from KGF 2

'KGF: Chapter 1' is the highest grossing Kannada film of all time and is the fourth highest Hindi dubbed film after 'Baahubali' franchise and '2.0'. 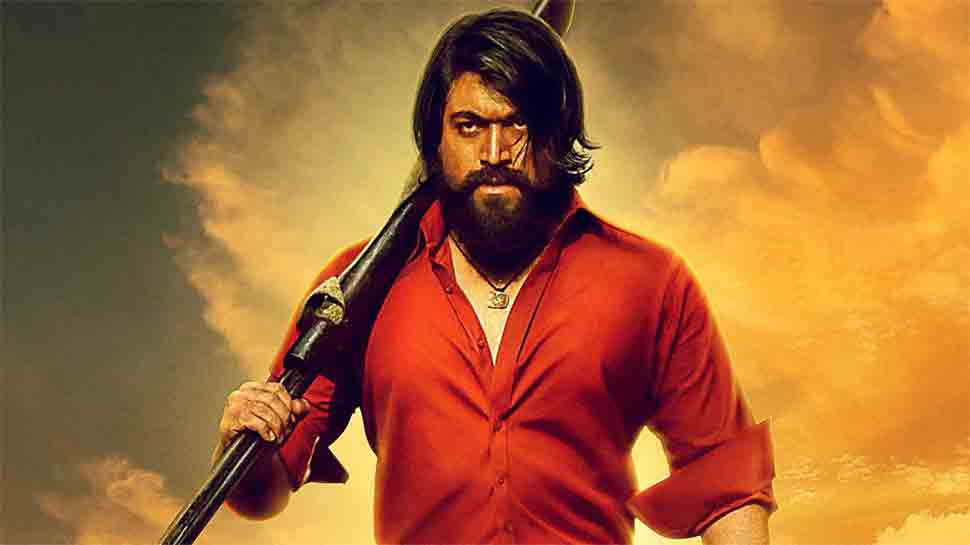 New Delhi: Putting all speculations to rest, makers of Yash starrer 'KGF: Chapter 1' on Monday revealed the look of antagonist Adheera from 'KGF: Chapter 2', in a big meaty treat to its fans. As expected, the poster came as a surprise to many who were thrilled after seeing Sanjay Dutt as the 'lion ring' wearing man.

Following the runaway success of 'KGF', which emerged as the first Kannada film to breach the Rs 250 crore club worldwide, the hype for 'KGF: Chapter 2' has reached unprecedented heights. And actor Yash feels there are 'huge expectations to live up to'.

'KGF: Chapter 1' ended with Rocky (Yash), eliminating Kolar Gold mine owner Garuda in his own den and thus becoming the new king of the field. It was followed by India's Prime Minister Ramika Sen ordering the Indian Army to have Rocky neutralised.

Here's what all you can expect from the 'KGF: Chapter 2':

* Don Andrews, who had originally offered the contract to Rocky, to eliminate Garuda, will be left thwarted since he wanted to overtake the mine.

* Garuda's uncle Adhira, who had pledged to Garuda's bed-ridden father Suryavardhan, not to stake his claim until Garuda was alive, will also be yearning for the throne. Adheera will be essayed by Sanjay Dutt and the character poster by unveiled by the makers on Monday, i.e. on Dutt's 60th birthday.

* Garuda's younger brother Virat, whose motives weren't clear in 'Chapter: 1' may also play a key part in the second installment.

* Actress Raveen Tandon, who plays India's Prime Minister Rimika Sen in the second part, may also play a pivotal role in the seuqel.

* Powerful politician and DYSS party president Guru Pandiyan, who made an appearance in the first part, may bounce back against Rocky, in 'Chapter 2'.

* Dubai-based don-smuggler Inayat Khalil, who had his eyes set on the lucrative mine, may be seen trying to extend his empire in India, by conquering the throne.

* It will also be interesting to see if Rocky, after taking over the mines, will attenuate the miserable sufferings of the slaves or will it be status quo for them.

* What will happen to Garuda's loyalist and bodyguard Vanaram and his men, will also be an interesting watch in the sequel.

The number of villains in 'KGF: Chapter 2' is expected to be more than the first part. And while 'Chapter 1' focussed mainly how undergod Rocky goes on to eliminate Garuda in his den, the sequel may show how Rocky manages to handle the overwhelming odds against him, after annihilating the mine owner.

And it will be an unnerving task for the filmmaker to balance such a huge cast with justice to each and every character.

The shooting of 'KGF: Chapter 2' went on floors a few days back and we just can't wait for the sequel to arrive in theatres.