Setters movie review: The film is about waylaid go-getters

"Setters" makes the near-fatal mistake of treating the crass culture of proxy examinees as an organised crime, which it is not. 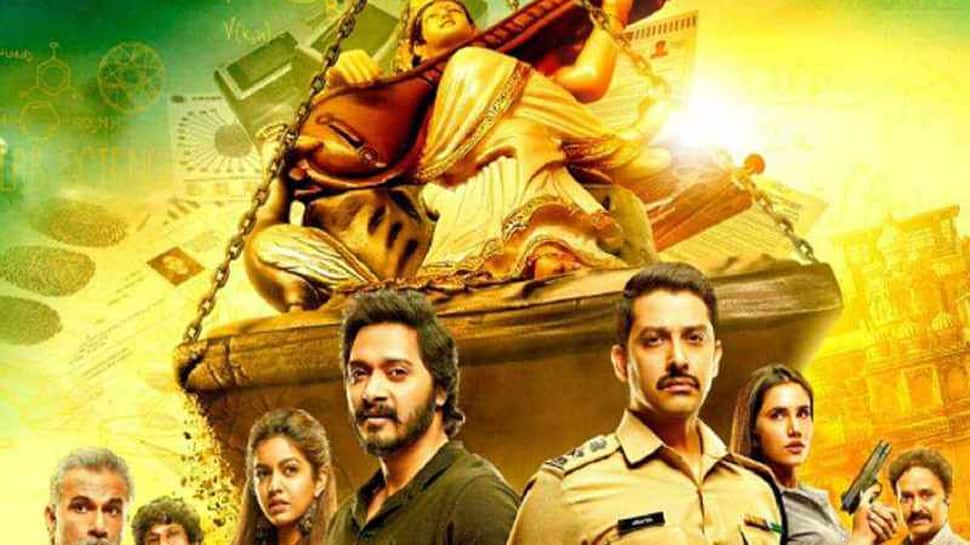 Welcome to the murky world of academic fixers. If you are not an Indian and reading this, then let me quickly tell you North India has a tradition of proxy examinees. Bright doppelgangers who fill in for not-so-bright examinees at examinations, answer their papers and go home with some tidy money.

We saw a far less in-your-face film recently "Cheat India" about imposter examinees. In "Setters", director Ashwini Chaudhary goes the other way. He abandons the subtle strain, grabs the theme by its shoulders and shakes it violently.

"Setters" is designed like an "Oceans 11" kind of caper where the stakes are not just a heist idea, but the education system of India. Aftab Shivdasani, seen after quite a while, furnishes his cop's act with a uniformed gravity. Shreyas Talpade, looking like a cross between a lost child and lust prop, is Shivdasani's former colleague (who once had a thing for Shivdasani's wife, we are told) now running a booming examination racket for a certain Bhaiyaji (Pavan Malhotra, menacing and in-control) in Varanasi.

Does all this sound confusing? It is! But it also whips the curtain off the entire sheen of civility that the holy city of Varanasi wears like a cocky cloak.

This, then, is Martin Scorcese's "The Departed" on a different trip. The screenplay (by Ashwini Chaudhary, Vikas Manui) bustles with characters bursting at the seams with an unharnessed energy. The sense of misguided zeal is never lost on the plot. However, the powerful array of actors like Vijay Raaz (as a chikhan weaver making false thumb prints for examinees' fingerprint examination) and Jameel Khan (as a prison menace out to nab the 'setters' with his own brand of contumacious lawlessness) are never quite sure where the plot is taking them.

The storytelling suffers from a surfeit of rudderless adrenaline. The powerful strokes in the storytelling are lost in the willful surrender to a universal chaos. There are too many characters lurking in the plot from various corners. They seem to know they are planted in the plot with the larger purpose of cracking open the scourge of unscrupulous practices in the Indian education system. The realization doesn't assuage the sense of a broken promise.

"Setters" makes the near-fatal mistake of treating the crass culture of proxy examinees as an organised crime, which it is not. That apart, such substitution by imposter examinees is far too anarchically portrayed to follow ground rules. Rather than moving in a cohesive pattern this film presents us with a string of episodes where we are left to judge the illicit trade of a sold-out education system for what it is.

In parts, though, "Setters" exudes a powerful force that doesn't quite exert itself throughout the film. A sequence where a member of Aftab Shivdasani's squad (Jameel Khan) threatens Bhaiji by saying he would like to crush him where his passion for both men and women would be crushed, is so uniquely strong, you wish the rest of the dialogues and situations in the script didn't let down the film's gutsy intentions to expose malafide practices in the academic world.

There is an eunuch-like character in the film who doesn't utter a word, only serves paan(and a lot else, it is suggested) to Bhaijji. The emasculated citizen's smothered scream could be seen as a befitting metaphor of the common man's failure to stand up for what he feels to be right.

But then again, this could be a wildly profound reading of a film that wants to be mischievous enough to be "India's Oceans 11". It succeeds in being that, and then some more.